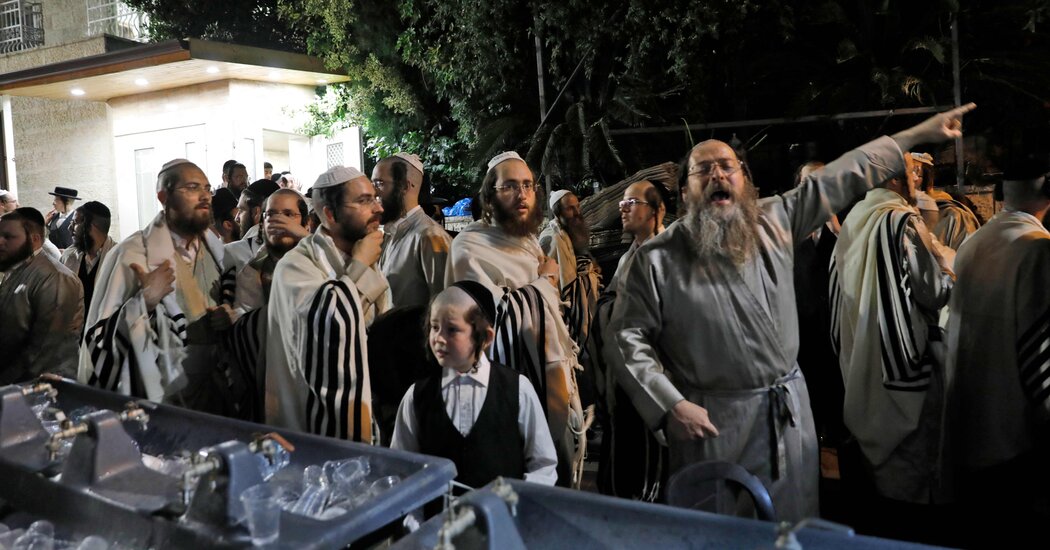 About 100 worshipers were injured and two were killed on Sunday evening, when a seating structure collapsed inside a crowded, unfinished synagogue near Jerusalem that officials said had not been deemed safe for use.

At least 600 people were packed into the temple in Givat Zeev, a West Bank settlement, to celebrate the Jewish holiday of Shavuot, officials said. The congregation belongs to the Karlin-Stolin Hasidic group, an ultra-Orthodox branch of Judaism.

Those responsible will be arrested, Doron Turjeman, the Jerusalem police chief, predicted.

“During the past week a meeting was held, during which the commander of the station informed the head of the council that this structure cannot hold prayers in it, and clear instructions were given accordingly,” Mr. Turjeman said.

The Israel Fire and Rescue Services said that on Friday, it learned of the planned gathering and told the congregation not to proceed, because the unfinished structure had not been authorized for occupancy.

killed 45 people at an overcrowded pilgrimage site in northern Israel.

Mr. Turjeman, the police chief, said, “we are once again tending to an event with negligence, irresponsible behavior.”

It’s a property that offers a unique open floor plan—plus a hot tub with a view.“It was a Methodist church located in a historic little area of St. … END_OF_DOCUMENT_TOKEN_TO_BE_REPLACED