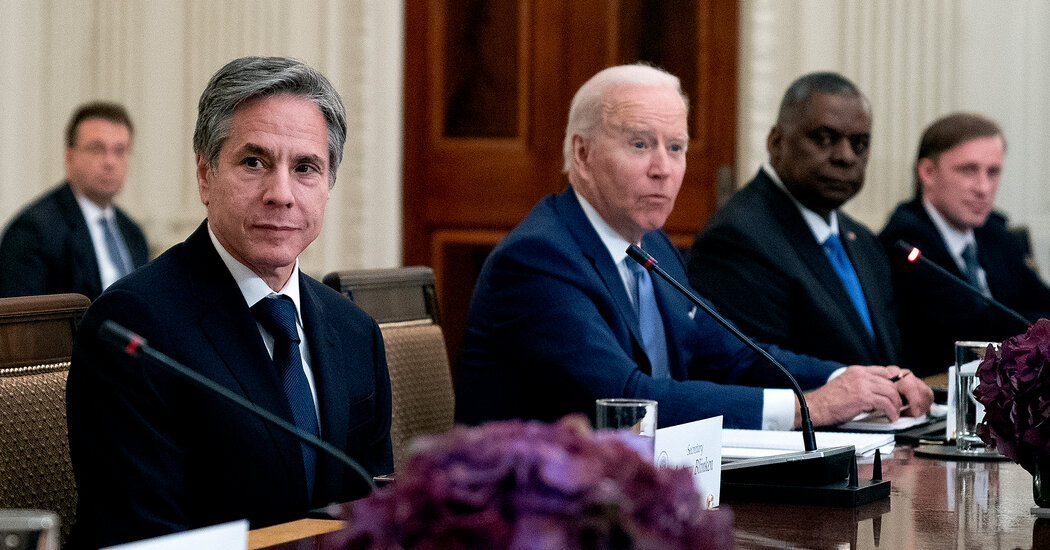 As a candidate, Mr. Biden had said there would be “no more blank checks for Trump’s ‘favorite dictator’” — meaning Mr. el-Sisi, whose increasing authoritarianism has drawn widespread criticism. Though the Egyptian president was the first Arab leader to congratulate Mr. Biden after the election, Mr. Biden waited until last week to return the call.

But after that chilly start to their relationship, Egypt has sought to capitalize on the Gaza crisis to shore up its ties with the new administration. Mr. Blinken will meet Mr. el-Sisi in Cairo, providing the Egyptian leader an opportunity not only to reaffirm his nation’s the relationship with the United States but also to promote Egypt’s status as a regional power broker and leader among Arab countries.

Though that status has been fading for years as Egypt fell into domestic turmoil and wealthier Arab states asserted themselves in the region, Cairo enjoyed mostly smooth relations with Washington in recent years until the arrival of the Biden administration, which has put human rights at the center of its foreign policy strategy.

The administration, however, has not fundamentally changed the terms of the relationship with Cairo, which centers on the $1.3 billion in military aid Egypt receives each year from the United States, a historical byproduct of its agreement to make peace with Israel in 1979. The State Department approved a $197 million arms sale to Egypt in February, around the same time that Egypt arrested the cousins of an Egyptian-American dissident, Mohamed Soltan, in what Mr. Soltan said was a bid to pressure him to stop criticizing it.

The conflict also could serve to continue repairing the relationship between the United States and Jordan that had been largely shelved during the Trump administration. At least two million Palestinian refugees live in Jordan, and its Hashemite monarchy is the custodian of the Aqsa Mosque in Jerusalem, one of the holiest sites in Islam.

Mr. Blinken’s visit comes at a fraught time in Israeli politics, with Prime Minister Benjamin Netanyahu heading a caretaker government that could be in its last days, after four inconclusive elections in two years, and with no clear picture of what lies ahead.

Experts in the region said Mr. Blinken would have to maneuver carefully between expressing his administration’s unwavering support for Israel and its security while not handing over any gifts that could be perceived as intervening in Mr. Netanyahu’s domestic predicament.

The Seattle Seahawks are very much still in the running for Baker Mayfield. (Photo by Stacy ... [+] Revere/Getty Images) Getty Images The Seattle … END_OF_DOCUMENT_TOKEN_TO_BE_REPLACED

(CNN) — Kim Kyung-seop recalls going to cheap bars after class with his friends, where they binged on as much makgeolli as possible. "You know the … END_OF_DOCUMENT_TOKEN_TO_BE_REPLACED