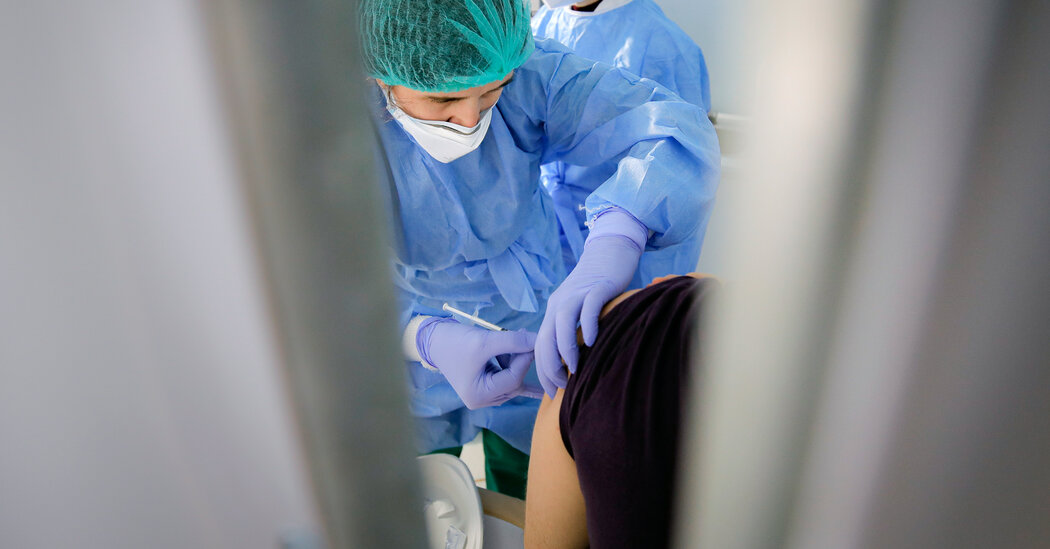 Two reports published on Friday in a leading medical journal help to explain how AstraZeneca’s Covid vaccine can, in rare cases, cause serious and sometimes fatal blood clots.

Scientific teams from Germany and Norway found that people who developed the clots after vaccination had produced antibodies that activated their platelets, a blood component involved in clotting. The new reports add extensive details to what the researchers have already stated publicly about the blood disorder.

Why the rare reaction occurred is not known. Younger people appear more susceptible than older ones, but researchers say no pre-existing health conditions are known to predispose people to the problem, so there is no way to tell if an individual is at high risk.

Reports of the clots have already led a number of countries to limit AstraZeneca’s vaccine to older people, or to stop using it entirely. The cases have dealt a crushing blow to global efforts to halt the pandemic, because the AstraZeneca shot — easy to store and relatively cheap — has been a mainstay of vaccination programs in more than 100 countries.

statement on its website, AstraZeneca said it was “actively collaborating with the regulators to implement these changes to the product information and is already working to understand the individual cases, epidemiology and possible mechanisms that could explain these extremely rare events.”

The two new reports were published by The New England Journal of Medicine. One from Germany describes 11 patients, including nine women ages 22 to 49. Five to 16 days after vaccination, they were found to have one or more clots. Nine had cerebral venous thrombosis, a clot blocking a vein that drains blood from the brain. Some had clots in their lungs, abdomen or other areas. Six of the 11 died, one from a brain hemorrhage.

One patient had pre-existing conditions that affected clotting, but during a news briefing on Friday, Dr. Andreas Greinacher, an author of the report, said those conditions most likely played only a minor role in the disorder that occurred after vaccination.

second report, from Norway, described five patients, one male and four female health care workers ages 32 to 54, who had clots and bleeding from seven to 10 days after receiving the AstraZeneca vaccine. Four had severe clots in the brain, and three died. Severe headaches were among their early symptoms. Like the German patients, all had high levels of antibodies that could activate platelets.

The team from Norway also recommended treatment with intravenous immune globulin. The researchers said the disorder was rare, but “a new phenomenon with devastating effects for otherwise healthy young adults,” and they suggested that it may be more common than previous studies of the AstraZeneca vaccine had indicated.

On Friday, European regulators also said they were reviewing reports of a few blood clot cases that occurred in people who had received the Johnson and Johnson vaccine. In the United States, federal agencies are investigating reports of a different type of unusual blood disorder involving a precipitous drop in platelets that emerged in a few people who had received either the Pfizer-BioNTech or Moderna vaccines.

AUSTIN, Texas--(BUSINESS WIRE)--As the first multifamily management company to be recognized in the Public Relations and Marketing Excellence Awards, … END_OF_DOCUMENT_TOKEN_TO_BE_REPLACED

There have been whispers of cooling housing and rental prices in the San Francisco Bay Area, but that hasn't yet translated into practical, noticeable … END_OF_DOCUMENT_TOKEN_TO_BE_REPLACED

Cars pass in Independence Square at twilight in Kyiv, Ukraine, Monday, Oct. 31, 2022. Rolling ... [+] blackouts are increasing across Ukraine as the … END_OF_DOCUMENT_TOKEN_TO_BE_REPLACED