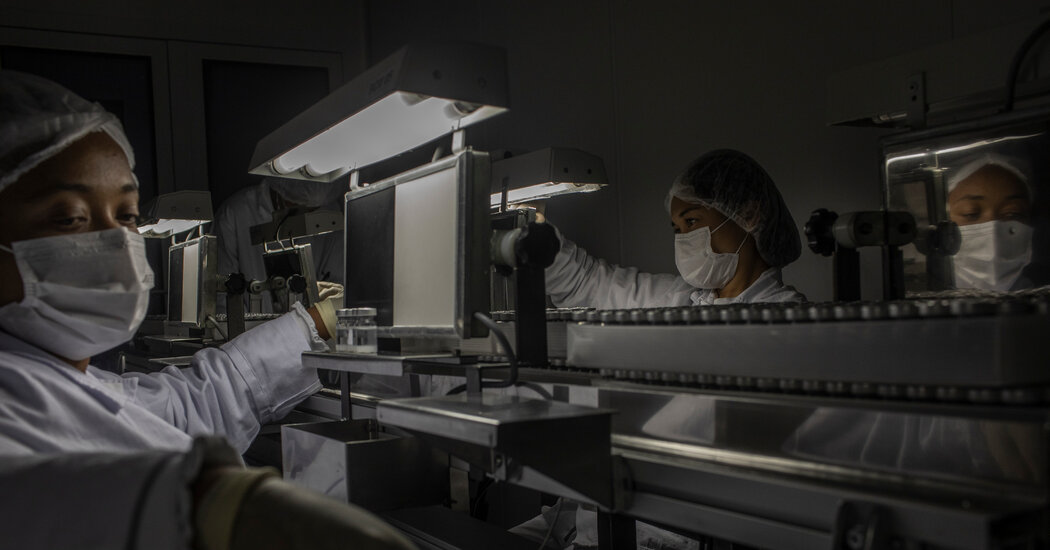 With Covid-19 deaths rising to their highest levels yet and a dangerous new virus variant stalking Brazil, the nation’s communications minister went to Beijing, where he met with Huawei executives and made an unusual request.

“I took advantage of the trip to ask for vaccines,” said the minister, Fábio Faria, recounting his meeting with Huawei, the telecommunications giant, last month.

Two weeks later, the Brazilian government announced the rules for its 5G wireless network auction, one of the biggest in the world. Huawei, which the government appeared to have barred just months before, would be allowed to participate.

The about-face is a sign of how politics in the region have been scrambled by the pandemic and President Donald Trump’s departure from the White House — and how China has begun to turn the tide.

holding many millions of doses for themselves — has offered a diplomatic and public relations opening that China has seized.

Suddenly, Beijing finds itself with enormous leverage in Latin America, a region where it has a vast web of investments and ambitions to expand trade, military partnerships and cultural ties.

The precise connection between the vaccine request and Huawei’s inclusion in the 5G auction is unclear, but the timing is striking, and it is part of a stark change in Brazil’s stance toward China. The president, his son and the foreign minister stopped criticizing China, while cabinet officials with inroads to the Chinese, like Mr. Faria, worked furiously to get new vaccine shipments approved. Millions of doses have arrived in recent weeks.

Phil Shell loves the Bay Area and its real estate market. He’s been building his career here as an agent over the past eight years, but even he hasn’t … END_OF_DOCUMENT_TOKEN_TO_BE_REPLACED

DS4 Cross DS The Plug-in hybrid seems the perfect answer to the electric car dilemma; battery power for all your local needs and a traditional motor … END_OF_DOCUMENT_TOKEN_TO_BE_REPLACED