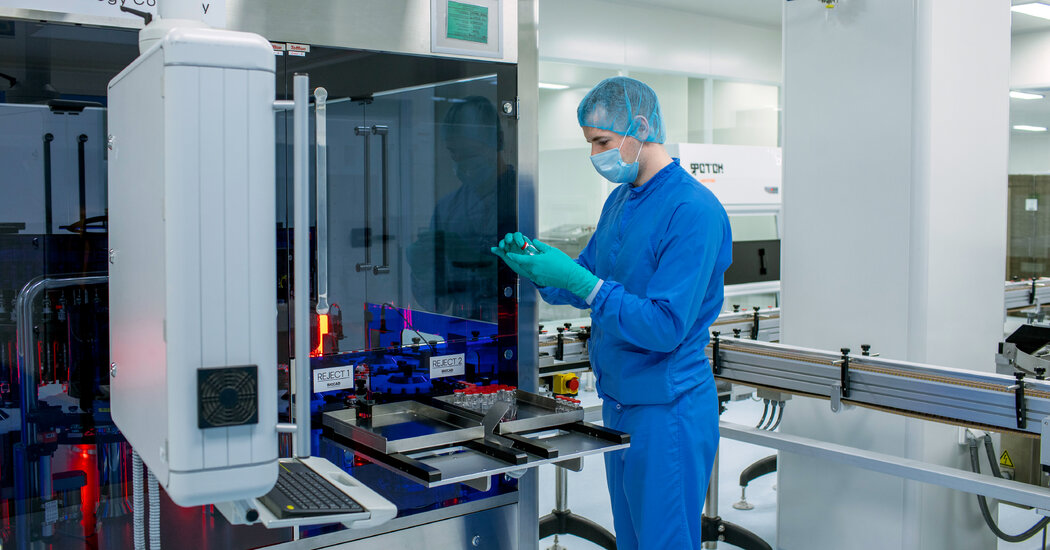 Brazil’s health authority, Anvisa, said late on Monday that it would not recommend importing Sputnik V, the Covid-19 vaccine developed by Russia.

Brazil’s need for vaccines is urgent: it has been battered by one of the world’s worst outbreaks, driven by the highly contagious P.1 virus variant.

But Anvisa said that important safety tests had not been performed on Sputnik V, and that questions remained about the vaccine’s development, safety and manufacturing.

Data about the vaccine’s efficacy were “uncertain,” Gustavo Mendes Lima Santos, Anvisa’s manager of medicine and biological products, said in a lengthy presentation explaining the health authority’s decision. The presentation said that there were “crucial questions” that had gone unanswered, including concerns about potential adverse events, such as clotting.

tweet, it said Anvisa’s decision “was of a political nature” and had “nothing to do with access to information or science,” and alleged that the United States had persuaded Brazil to deny approval.

Russia is using Sputnik V in its mass vaccination campaign, and the vaccine has been approved for emergency use in dozens of other countries. Its rollout has been entangled in politics and propaganda, with President Vladimir V. Putin announcing its approval for use even before late-stage trials began. For months, it was pilloried by Western scientists.

The Gamaleya Research Institute, part of Russia’s Ministry of Health, developed the vaccine, also known as Gam-Covid-Vac. A peer-reviewed study published in The Lancet in February said the vaccine had an efficacy rate of 91.6 percent.

Skepticism from Western experts has focused mostly on its early approval, not the vaccine’s design, which grew out of decades of research on adenovirus-based vaccines. Other Covid-19 vaccines are also based on adenoviruses, such as one from Johnson & Johnson using Ad26, and one by the University of Oxford and AstraZeneca using a chimpanzee adenovirus.

While Sputnik V’s developers have yet to release detailed data on adverse events observed during the trials, the Russian government has been using the vaccine to inoculate its own citizens for months. Russia has also exported Sputnik V to Belarus, Argentina and other countries, suggesting that any harmful side effects overlooked during trials would by now have come to light.

Europe worsened, the European Union’s drug regulator announced last month that it was reviewing the Sputnik V vaccine after member nations began announcing they would acquire the shot on their own.

Three men were indicted in the death of the notorious gangster James (Whitey) Bulger, who was beaten to death four years ago in a West Virginia … END_OF_DOCUMENT_TOKEN_TO_BE_REPLACED

Dr. Connolly and Dr. Mott live in the North Baltimore neighborhood of Homeland, known for its strong public schools and colonial architecture, which … END_OF_DOCUMENT_TOKEN_TO_BE_REPLACED