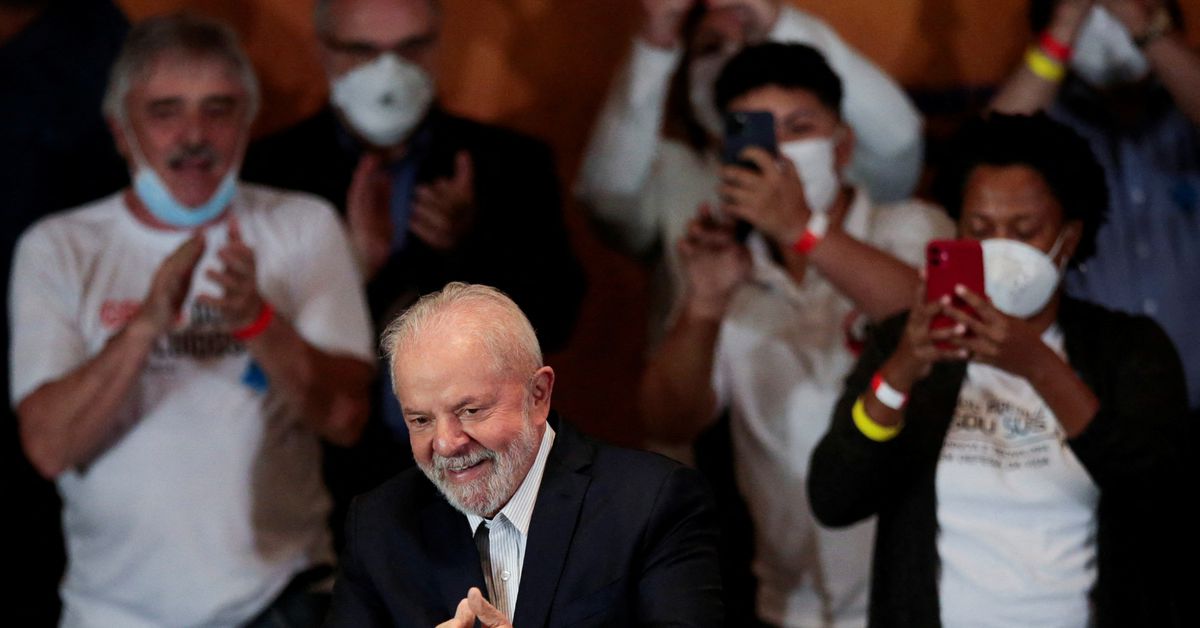 SAO PAULO, Aug 15 (Reuters) – Brazil’s Luiz Inacio Lula da Silva has a 12-percentage-point lead over far-right incumbent President Jair Bolsonaro ahead of the October election, according to a new poll published on Monday.

The survey by IPEC, formerly known as IBOPE, showed Lula with 44% of voter support against 32% for Bolsonaro in the first round of the election schedule for Oct. 2.

In an expected run-off between the two men on Oct. 30, should no candidate win 50% plus one of the valid votes, Lula would get elected by 51% of the votes versus 35% for Bolsonaro, a 16-point gap, the poll showed.

That advantage for the leftist former president is mirrored by other polls, which have shown Brazil’s most polarized presidential race in decades narrowing in recent weeks.

Lula’s lead has fallen from 26% in December to 18% in July, according to Datafolha, another major polling firm, but the leftist leader still had a 20% lead over Bolsonaro if the two men face off in a run-off.

Bolsonaro has increased spending on welfare for poor Brazilians, which may be improving his numbers. He has also pressed state-controlled oil company Petrobras to lower the price of fuel, a big factor in pushing up inflation.

Pollster Quaest, in telephone surveys, found Bolsonaro is now statistically tied with Lula in Sao Paulo, the country’s largest electoral college, and has narrowed his rival’s lead in Minas Gerais, the state with second largest number of voters.

But another poll commissioned by investment bank BTG released on Monday said Bolsonaro had lost ground again and dropped 4 percentage points to his rival who is leading by 11 points. Lula’s advantage also grew for an expected run-off to 15 points from 12 in the previous BTG/FSB poll.

The IPEC poll said Bolsonaro’s approval rating is at 29%, compared to just 19% in December, while the number of voters who see his government as bad or terrible has dropped to 43% from 55% in the previous survey.

Still, 57% of Brazilians disapprove of the way Bolsonaro, a former army captain and right-wing firebrand, governs the country, while only 37% approve, according to IPEC.

It was IPEC’s first national poll of voter intentions and interviewed 2,000 people in person between August 12-14. The poll has a margin of error of 2 percentage points up or down.

Reporting by Peter Frontini in Sao Paulo and Anthony Boadle in Brasilia; Editing by Sam Holmes

Soon after Herschel Walker, the former football star, announced he would run for U.S. Senate in Georgia as a Republican, his son Christian appeared … END_OF_DOCUMENT_TOKEN_TO_BE_REPLACED

SpaceX launched four people to the International Space Station from Florida on Wednesday, as Elon Musk's company keeps up a steady pace of crewed … END_OF_DOCUMENT_TOKEN_TO_BE_REPLACED