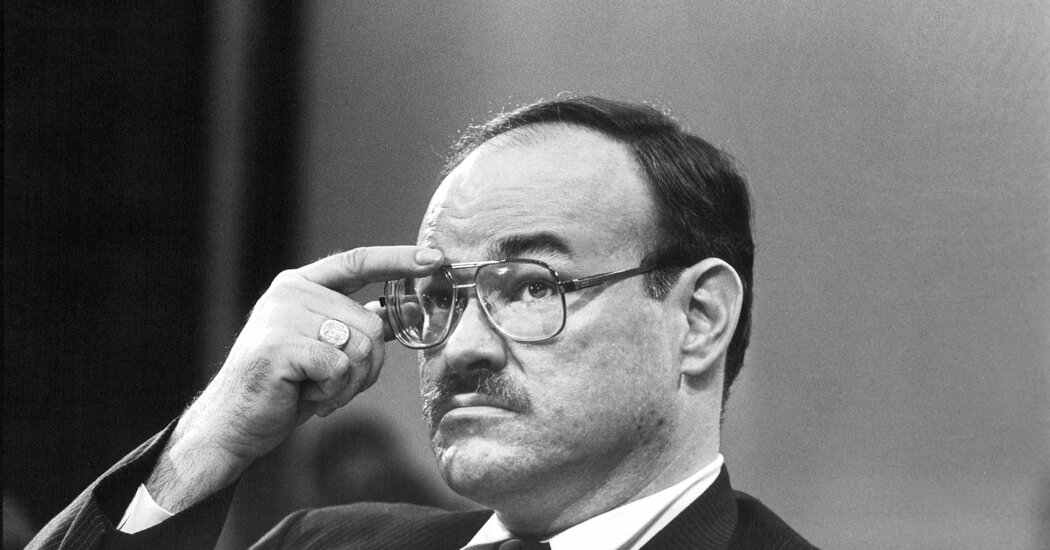 Bretton G. Sciaroni, an American lawyer who became a powerful business broker and an adviser to the government in Cambodia after being fired as a White House official when he became embroiled in the Iran-contra scandal, died on March 12 at his home in the nation’s capital, Phnom Penh. He was 69.

He had been ill for some time, friends said, but no autopsy was performed to determine the cause of death. Two fancy pens were placed in his pocket when he was buried, an honor generally reserved for senior officials.

In more than three decades in Cambodia, Mr. Sciaroni became an influential and well-connected figure in legal and business circles as well as providing the government of Prime Minister Hun Sen with legal opinions that included a justification of the prime minister’s seizure of full power in a violent 1997 coup.

That analysis and the controversy that followed it harked back to a legal opinion Mr. Sciaroni had drawn up as a 35-year-old lawyer in Washington justifying a behind-the-scenes deal in which profits from arms sales to Iran were to be used to fund the Nicaraguan rebels known as the contras, despite a law severely limiting such assistance.

Sciaroni & Associates, which facilitates and provides advice on government contracts and investment projects.

He was later formally named a legal adviser to the Cambodian government, an appointment made by royal decree that carried the rank of minister.

He angered many in Cambodia when he drew up a government “white paper” that justified a coup in 1997 by Mr. Hun Sen, arguing that his seizure of full leadership from his co-prime minister, Norodom Ranariddh, had in fact been carried out to prevent a coup.

Mr. Sciaroni was born in Los Angeles in September 1951, the son of a doctor, and grew up in Fresno, Calif.

He received a master’s degree in international affairs from Georgetown University in Washington and a law degree from the University of California, Los Angeles. He then worked for conservative policy associations before joining the Reagan administration, where he worked on arms control and commerce before moving to the Intelligence Oversight Board.

In Cambodia, according to a friend, he lived by an unchanging routine: arriving at and leaving his office early, then visiting a fixed circuit of bars, where he regularly tipped the waitresses two dollars each, a considerable sum for working Cambodians.

He called himself a devout Roman Catholic but said his regular bedside reading was not the Bible but “A Confederacy of Dunces,” a picaresque novel by John Kennedy Toole, which he opened at random before falling asleep.

He is survived by his wife, Bui Thi Hoa My; their daughter, Patricia; and two brothers.

“Brett was terrific, personally and professionally,” recalled Luke Hunt, a Phnom Penh-based foreign correspondent and columnist for The Diplomat, an online current affairs magazine. “He ranked among the handful of foreigners who genuinely knew Cambodia and the powers that made it work.”

Chief Covelli said Mr. Crimo planned the shooting for several weeks, but that the authorities had not yet established what his motive was. “We have no … END_OF_DOCUMENT_TOKEN_TO_BE_REPLACED

Kevin McKenzie and Martine van Hamel were standing in the dining room of their weekend house in Woodstock, N.Y., trying to figure out when they got … END_OF_DOCUMENT_TOKEN_TO_BE_REPLACED