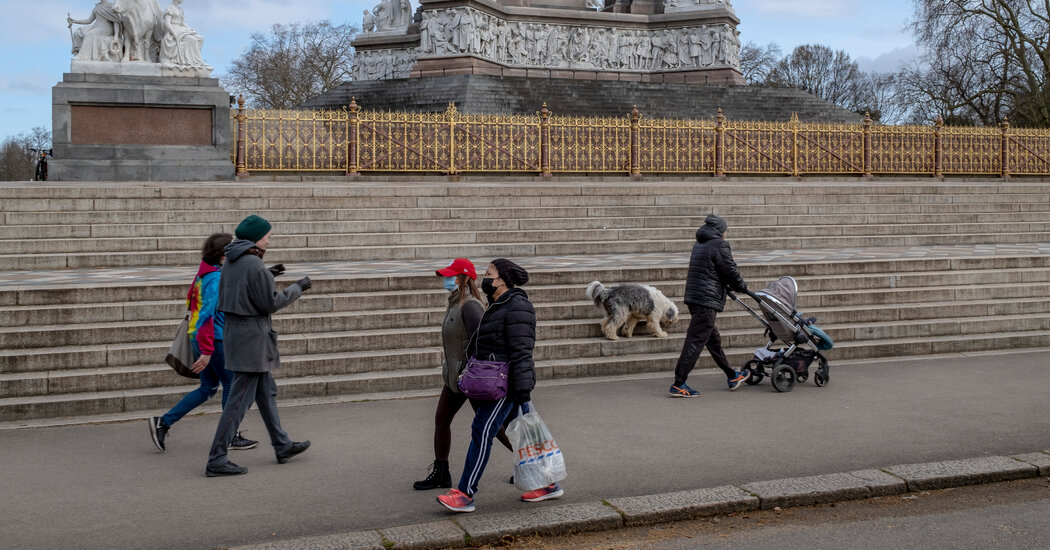 LONDON — The British government said in February that everyone living in the country would be eligible for a coronavirus vaccine, free of charge, regardless of their immigration status. But many undocumented immigrants in the country are not getting inoculated.

Some are afraid that asking for a shot will get them deported. Others have been turned away at local doctors’ offices, which often ask for identification or proof of address, even though neither is required to access primary care in Britain. And many simply are in the dark about the services available to them — a lasting effect of a government policy of hobbling their access to jobs, bank accounts and free medical care in the hope of spurring them to leave the country.

“It’s all very well to say, ‘Anyone can get a vaccine,’” said Phil Murwill, head of services at Doctors of the World U.K, a humanitarian organization. “But for years, there was a deliberate policy of creating a hostile environment for undocumented immigrants that has put people off from accessing any kind of care. And we’re seeing that play out now.”

As in much of the world, the virus has ravaged immigrant communities in Britain, which supply the bulk of frontline workers in grocery stores and domestic care. The British government has not published a count of its undocumented immigrant population since 2005, but outside estimates put the number at 800,000 to 1.2 million. It is a significant group that includes many at-risk workers, and one that epidemiologists say the nation’s vaccination effort must reach if Britain hopes to safely exit the pandemic.

prioritize vaccinating those in jobs done primarily by undocumented immigrants, like farm work. But Britain did not extend its “social care” eligibility category to include domestic workers, a Department of Health and Social Care spokesperson confirmed in an email.

The department has said that anyone undergoing vaccination, testing or treatment for the coronavirus would not be subject to immigration status checks. But there are still instances in which the department shares patient information with the Home Office, which is in charge of immigration. Most commonly, it occurs when undocumented immigrants have overdue secondary-care medical bills of 500 pounds, about $690, or more. (Primary care is free.)

“The government needs to suspend all charging and data-sharing operations, if they want to prioritize the widest possible access to public health,” said Zoe Gardner, a policy adviser for the Joint Council for the Welfare of Immigrants.

You were seeing double this week: A spectacular $54 million compound featuring two equally luxurious mansions separated by a private lake in Southwest … END_OF_DOCUMENT_TOKEN_TO_BE_REPLACED