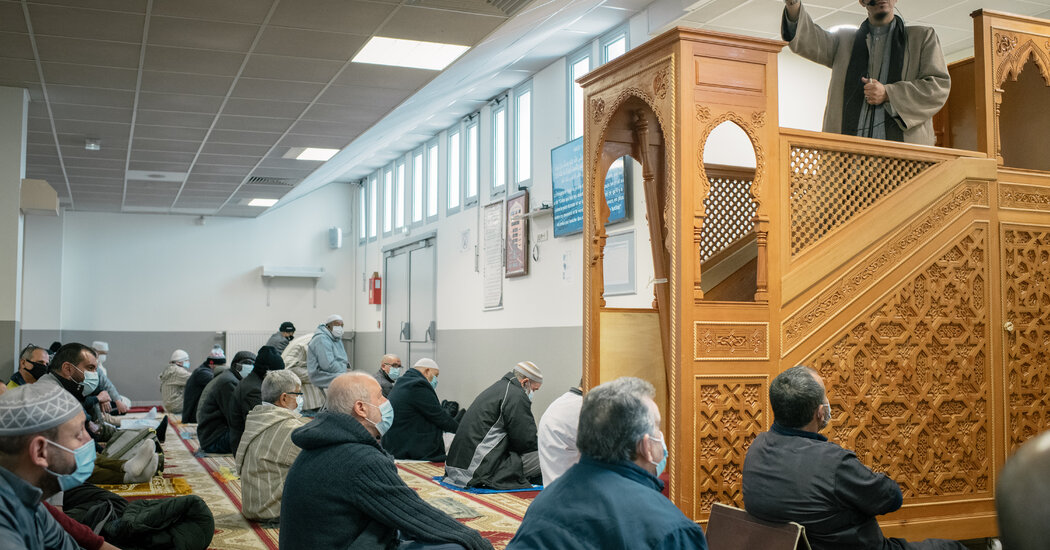 The disparities also touch on everything from government subsidies to private schools to credits on personal income for donations, which overwhelmingly favor Catholics and high-income taxpayers. But they are perhaps most glaring in physical structures. Even as Mr. Macron has pledged to nurture an “Islam of France,” followers of the faith suffer from an acute shortage of proper mosques across the country.

“It’s a total paradox,” Saïd Aït-Laama, an imam, said in an interview before Friday Prayer.

Unable to finance mosque-building themselves, generally unassisted by the state, Muslim communities have turned to governments abroad for help.

But that may now become more difficult under Mr. Macron’s new law, which is intended to combat Islamism by toughening rules on secularism and controls over religious organizations, including tightening the flow of foreign donations.

Last week, the government said that the new law would allow it to oppose the public financing of a large mosque in Strasbourg, in the eastern region of Alsace, where, for historical reasons, the construction of religious buildings can still qualify for government subsidies.

The interior minister, Gérald Darmanin, pressed the local government to cancel the funding, saying that the association behind the Strasbourg mosque had ties to the Turkish government.

Even before new law was drafted, the City Council of Angers used real-estate regulations last year to stop mosque leaders from turning to Morocco. A provision in Mr. Macron’s law would allow the national government, too, to oppose the sale of religious buildings to a foreign government if the French authorities consider the sale a threat.

Mr. Macron has said that the legislation is critical to fighting the kind of radical ideology that has sent French youths to fight in Syria and led to the deaths of more than 250 French people in Islamist terrorist attacks since 2015. Last fall, four people were killed in three separate terrorist attacks.

The poshest place in California's Coachella Valley is The Madison Club. This exclusive gated community in La Quinta is where A-listers and tycoons … END_OF_DOCUMENT_TOKEN_TO_BE_REPLACED

KOROPY, Ukraine — Four men tugged at long strips of fabric to lift a coffin out of the gaping hole in the backyard of a small house. They flung the … END_OF_DOCUMENT_TOKEN_TO_BE_REPLACED