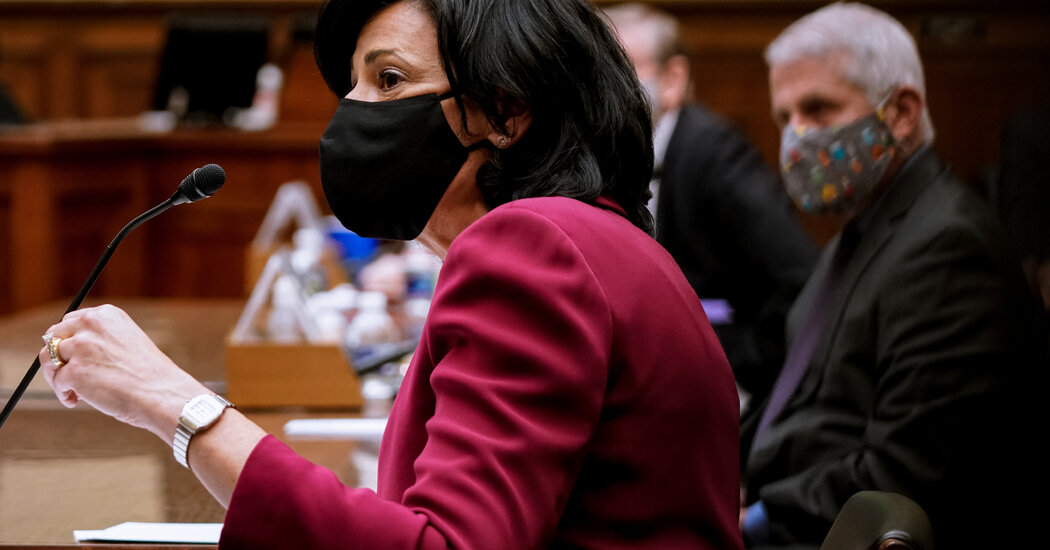 The federal government’s call for a pause on using Johnson & Johnson’s coronavirus vaccine could last at least another week, further complicating efforts by federal and state health officials to reschedule appointments, and reassure jittery Americans that the vaccine is safe and effective.

The Centers for Disease Control and Prevention’s independent vaccine advisory panel, known as the Advisory Committee on Immunization Practices, or ACIP, has been scheduled to meet for a second time since shots were halted, next Friday, to discuss safety data related to a small number of blood-clotting cases in Johnson & Johnson vaccine recipients. It is unclear whether the vaccine was responsible for the clots.

The public, six-hour meeting could conclude with a vote, for example, to recommend to continue the pause, to modify the F.D.A.’s authorization of the single-dose vaccine or to rescind the pause altogether. The federal government could then act quickly to follow the guidance.

“We recognize the critical importance of moving quickly. That’s why we will have two unscheduled ACIP meetings in a 10-day period,” Dr. Rochelle P. Walensky, the C.D.C. director, said at a White House news conference Friday.

decided Wednesday to wait on a vote while they take more time to assess a possible link to the rare but serious blood-clotting disorder.

Dr. Anthony S. Fauci, the government’s top infectious disease expert, told lawmakers at a hearing on Thursday that “hopefully we’ll get a decision quite soon as to whether or not we can get back on track with this very effective vaccine.” State health departments have rescheduled appointments and substituted two-dose vaccines made by Pfizer-BioNTech and Moderna — a plan that White House officials have referenced as a quick way to make up for the gap.

While Johnson & Johnson’s vaccine has accounted for a fraction of U.S. vaccinations, it has been a key tool in the Biden administration’s strategy. The shot can be kept at normal refrigeration temperatures for three months, and at one dose, allowed for people to dispense with vaccination in a single go. Some public health officials worry the pause may deepen hesitancy. And there are concerns about the risks posed to the global vaccination drive in countries that can ill afford to be particular about shots.

In the United States, the pause has had immediate and dire consequences for local officials, who have worked to vaccinate vulnerable populations with the shot: homeless people in Baltimore, homebound residents in the District of Columbia, the poor and uninsured in Massachusetts and rural residents in a number of states.

have received the Johnson & Johnson shot, with around 10 million doses currently unused.

Setbacks with the vaccine, including a mix-up in a Baltimore plant that recently contaminated up to 15 million doses of it, have caused the White House to revise its math in projecting when the nation will have enough doses to cover every American adult, which President Biden had predicted would happen by the end of May.

streamed live on a U.N. website.The American ambassador, Linda Thomas-Greenfield, said in a statement posted on Twitter after the meeting was … END_OF_DOCUMENT_TOKEN_TO_BE_REPLACED

As the worst violence in years rages between the Israeli military and Hamas, each night the sky is lit up by a barrage of missiles streaking across … END_OF_DOCUMENT_TOKEN_TO_BE_REPLACED