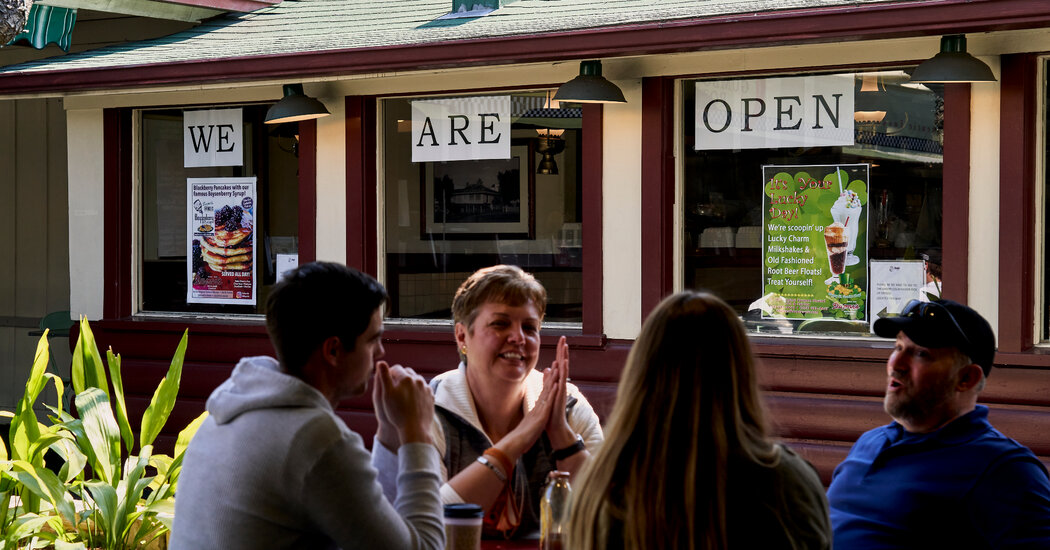 California plans to lift all its coronavirus restrictions on June 15, provided there are enough Covid-19 vaccines available for anyone age 16 and older and hospitalizations remain low and stable, state officials announced on Tuesday.

The move in June will allow Californians to return to restaurants, bars, movie theaters, houses of worship and concerts without strict capacity limits for the first time in well more than a year. Other states have already eased health restrictions at a time when the Biden administration is pleading with them not make those changes just yet. The country is facing a fourth possible surge of the virus and there are concerns about spread of worrisome variants. The president has also said there will be enough vaccines available for all adults by the end of May.

“Too many Americans are acting as if this fight is over,” Mr. Biden said last week. “It is not.”

Cases in California have been on the decline since the peak early this year, as have the number of hospitalizations related to Covid-19 and deaths. As of Monday, 34 percent of the state’s total population has received at least one vaccine shot, and 18 percent are fully vaccinated, according to data from the Centers for Disease Control and Prevention.

“With more than 20 million vaccines administered across the state, it is time to turn the page on our tier system and begin looking to fully reopen California’s economy,” Gov. Gavin Newsom said in a statement. “We can now begin planning for our lives post-pandemic.”

in which reopening a vast economy can be much more complex, unequal and politically fraught than shutting one down.

The latest announcement will lift what state leaders have referred to as California’s “Blueprint for a Safer Economy,” which laid out a system of color-coded tiers of restrictions. As individual counties reached certain case thresholds, they were allowed to move through the tiers.

The tier system was first introduced in August, as the state grappled with an alarming rise in new cases. Mr. Newsom and other state leaders emphasized that the state needed to have the ability to quickly reimpose emergency measures if hospitals started to fill up.

Around Thanksgiving, there were signs of that happening. By December, hospitals — especially in hard hit areas, like Los Angeles — were overwhelmed with patients, and the state ordered Californians to stay at home again.

AUSTIN, Texas--(BUSINESS WIRE)--As the first multifamily management company to be recognized in the Public Relations and Marketing Excellence Awards, … END_OF_DOCUMENT_TOKEN_TO_BE_REPLACED

There have been whispers of cooling housing and rental prices in the San Francisco Bay Area, but that hasn't yet translated into practical, noticeable … END_OF_DOCUMENT_TOKEN_TO_BE_REPLACED

Cars pass in Independence Square at twilight in Kyiv, Ukraine, Monday, Oct. 31, 2022. Rolling ... [+] blackouts are increasing across Ukraine as the … END_OF_DOCUMENT_TOKEN_TO_BE_REPLACED