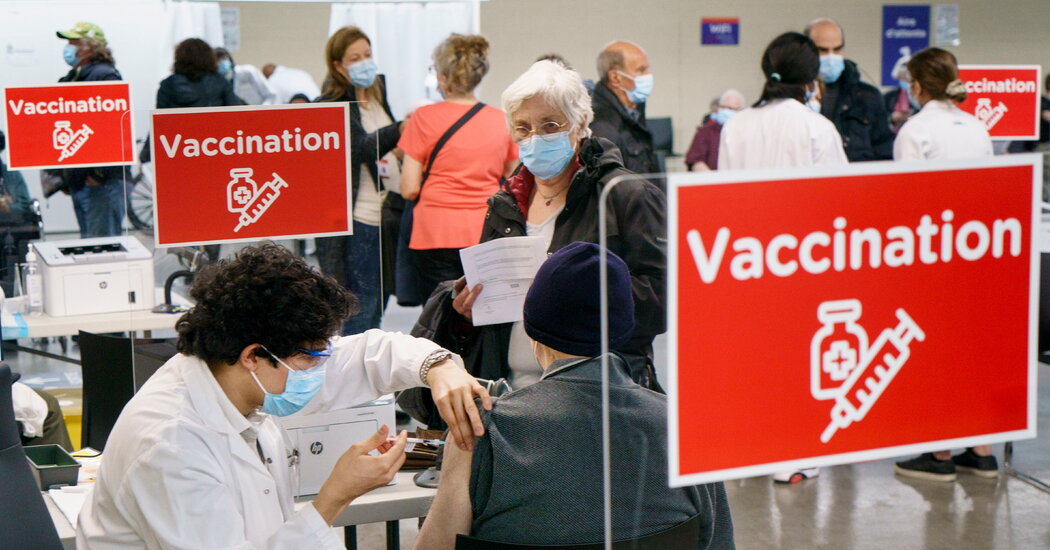 Canada’s health regulator on Friday authorized the use of Johnson & Johnson’s single-dose vaccine. The move now gives the country, which has experienced a slow start to vaccinations, four inoculations to choose from.

“This is great news,” Prime Minister Justin Trudeau said at a news conference. He offered no projected date for the first deliveries.

Health Canada officials said that the vaccine has an overall effectiveness of 66.9 percent, much lower than the efficacy rates reached by Pfizer and Moderna vaccines. But it is similar to those vaccines in having a powerful ability to prevent severe disease, hospitalizations and death.

The United States and Bahrain have also authorized the Johnson & Johnson vaccine.

Production delays with the Pfizer and Moderna vaccines, combined with relatively modest initial shipments, have led to frustration among many Canadians — and put political pressure on Mr. Trudeau as Canada’s vaccination rate fell far behind that of the United States, Britain and other countries. As of Friday, 2.86 percent of all Canadians have received at least one dose.

AstraZeneca vaccine, developed by the Serum Institute of India.

The Canadian government had initially promised to obtain six million doses of vaccines by the end of March. The new Pfizer schedule combined with AstraZeneca shipments, officials said, will raise that figure to eight million.

You were seeing double this week: A spectacular $54 million compound featuring two equally luxurious mansions separated by a private lake in Southwest … END_OF_DOCUMENT_TOKEN_TO_BE_REPLACED