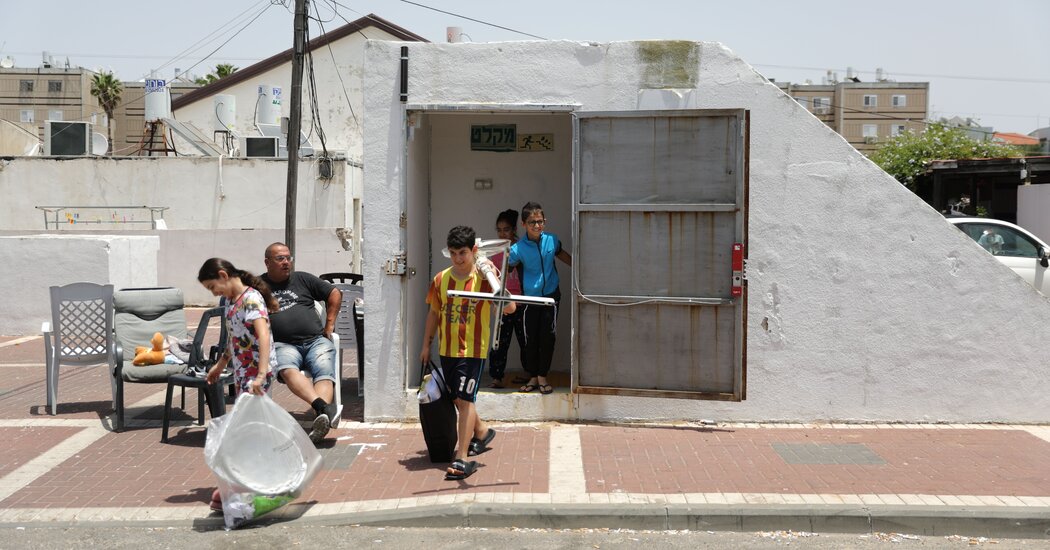 Sitting at a busy outdoor cafe and passionately discussing the news of the cease-fire with friends, Phillip Cohen, 60, an Israeli contractor, said, “It happened way too early.”

“We needed to achieve a decisive victory against Hamas — one that can really bring us greater quiet — but that unfortunately didn’t happen,” Mr. Cohen added. Pointing to the celebrations in Gaza, he said, “They were jumping for joy. They obviously have not been deterred,” suggesting the next round of violence was on the horizon.

Yaffa Balouka, 58, an officer manager, pushed back against Mr. Cohen, arguing that while she would like long-term quiet too, it was not a realistically achievable goal. “Either way, there will be another escalation or war,” she interjected. “If we can get some quiet now, we should take it.”

Others advocated a diplomatic solution and said Israel should focus less on war and more on fostering a peace process with the Palestinians. Though Israel, like the United States and much of the West, classifies Hamas as a terrorist organization, and Hamas does not recognize Israel’s right to exist, some Israelis said the government needed to undo the blockade it imposes, with Egyptian help, on Gaza.

The blockade, which Israel says is necessary to stop weapons smuggling, has contributed to an unemployment rate of around 50 percent in Gaza, where poverty is rampant.

“War is not the solution to the rocket fire,” said Assaf Yakir, 27, a political science student at the University of Haifa. He recalled feeling disillusioned after serving in the army during the conflict between Israel and Hamas in 2014.

“There was six weeks of fighting and nothing changed in the end,” he said. “It didn’t bring peace or quiet.”

Daniel Acker | Bloomberg | Getty ImagesHome prices are softening in most markets across the nation.Yet home prices are still higher compared with a … END_OF_DOCUMENT_TOKEN_TO_BE_REPLACED

Joel Silver has been responsible for some of Hollywood's biggest franchises, including "The Matrix," "Die Hard," "Predator," and "Lethal Weapon."So … END_OF_DOCUMENT_TOKEN_TO_BE_REPLACED