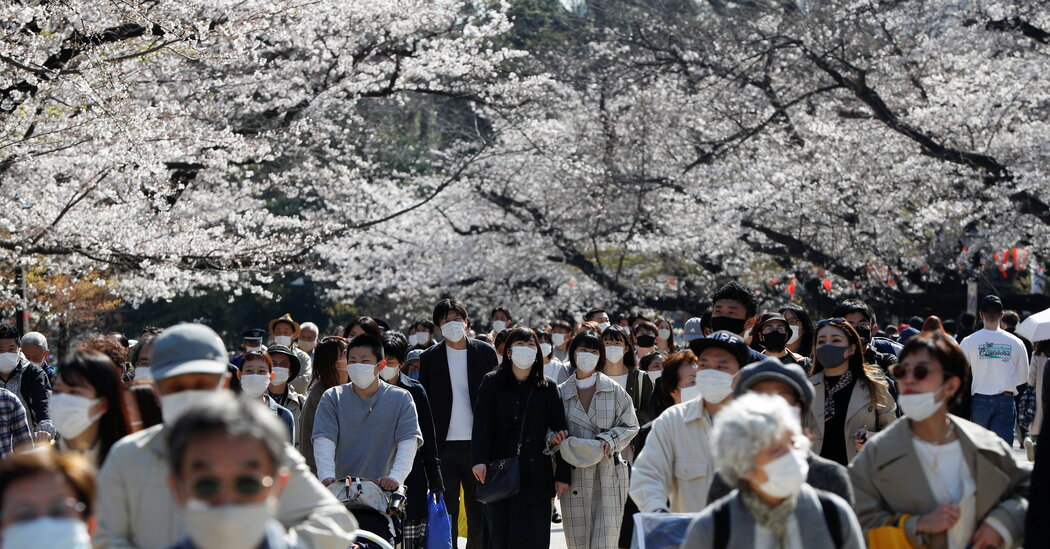 Japan’s world-famous cherry trees are expected to be in full bloom in most of the country this week, but once again the coronavirus pandemic will keep the usual crowds away.

Spring in Japan has long meant cherry blossoms, or sakura, with scores of picnickers welcoming the warmer weather over bento box lunches or barbecue as well as copious amounts of sake and other alcohol. But last spring, with the coronavirus spreading, officials were quick to curb cherry-blossom viewing despite its cultural significance. Yuriko Koike, the governor of Tokyo, compared the loss to “taking hugs away from Italians.”

Ms. Koike warned the public again last week not to have cherry-blossom parties, even though other restrictions were being loosened. On Sunday, the government lifted a state of emergency in Tokyo that had been in effect since early January, despite concerns that new case reports were still too high. Tokyo reported 337 new cases on Tuesday, about one-third of the daily average two months ago.

Other city officials have reinforced Ms. Koike’s message. In a video posted on YouTube last week, Eiji Aoki, the mayor of the Meguro ward, appeared at the Meguro River, which is known as one of the best spots for cherry blossoms, and held up a sign asking people to refrain from viewing the blossoms.

spectators from overseas would not be allowed. The organizers have also set strict guidelines for the torch relay, which starts on Thursday. One of the guidelines asks spectators to clap rather than cheer as the torch passes by.

Chief Covelli said Mr. Crimo planned the shooting for several weeks, but that the authorities had not yet established what his motive was. “We have no … END_OF_DOCUMENT_TOKEN_TO_BE_REPLACED

Kevin McKenzie and Martine van Hamel were standing in the dining room of their weekend house in Woodstock, N.Y., trying to figure out when they got … END_OF_DOCUMENT_TOKEN_TO_BE_REPLACED