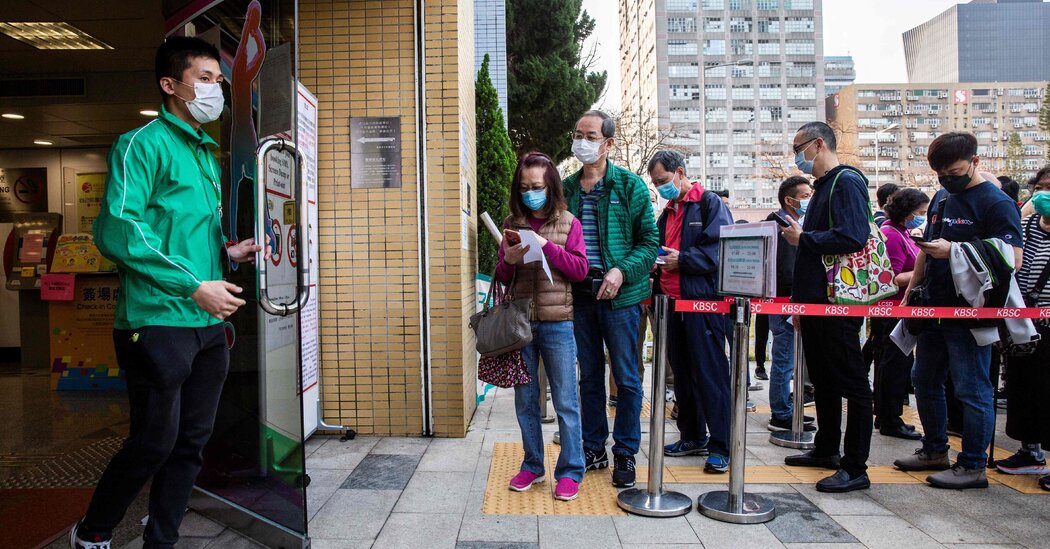 Chinese embassies in a rapidly growing number of countries, including the United States, have begun requiring that foreigners entering China must first be fully inoculated with a Chinese-made coronavirus vaccine if they want to avoid extensive paperwork requirements.

Complying with the rule will be difficult for people applying for Chinese visas in places that are not offering vaccines produced in China. No Chinese-made vaccine has been approved in the United States or most of Europe.

Many regulators outside China have been wary of vaccines made by companies in China, notably Sinovac and Sinopharm. The companies have released relatively little data from Phase 3 trials to allow independent assessments of the vaccines’ efficacy and safety.

The Chinese Foreign Ministry announced similar rules for foreigners wanting to enter the Chinese mainland from Hong Kong. It said on Saturday that if they received a Chinese-made vaccine they would not need to meet other requirements, including a negative nucleic acid test, detailed health and travel records, and a personal invitation from a Chinese provincial government agency.

Some foreigners who live and work in the Chinese mainland but left early in the pandemic have been living in limbo for a year or more in Hong Kong, which has authorized the Sinovac and BioNTech vaccines, and elsewhere.

By Tuesday morning, Chinese embassies had issued identical rules in Britain, Japan, Norway, Pakistan, the Philippines, Thailand, the United States, Vietnam and at least a dozen other countries.

Thousands of businesspeople and students have been seeking visas to resume their work or studies in China. The country’s borders have been among the most tightly closed in the world to prevent the coronavirus from re-entering the country after being largely stamped out. Business leaders say the new vaccine recommendation adds to the hurdles.

SAN FRANCISCO — Cleve Jones has lived in the Castro neighborhood for nearly 50 years, almost from the day he graduated from high school in Phoenix and … END_OF_DOCUMENT_TOKEN_TO_BE_REPLACED

A home inspection can spare you from unpleasant surprises after you buy. After crunching the numbers, searching your favorite neighborhoods, and … END_OF_DOCUMENT_TOKEN_TO_BE_REPLACED