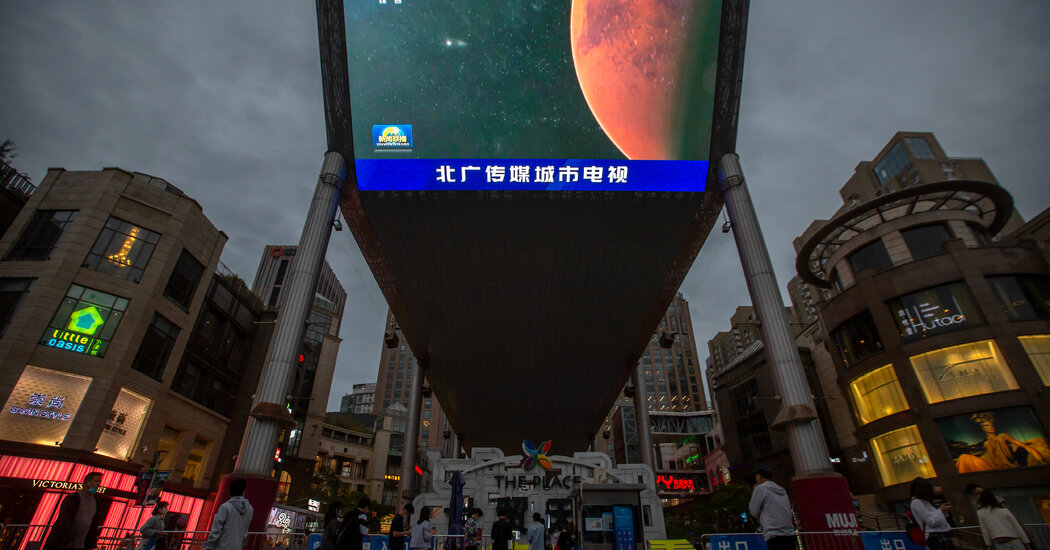 Four days after landing a spacecraft on Mars, China’s space agency released its first photographs from the red planet on Wednesday, announcing that the mission was going as planned.

The four-day wait for the images — one in color, one in black and white — had prompted speculation that something might have gone wrong with the landing on Saturday. When China’s space agency issued a statement in response to those concerns on Tuesday, urging patience, the response online was biting.

“Can’t you learn from NASA propaganda?” one user wrote beneath the statement, seeming to chide the agency with a comparison to NASA’s live broadcasts of its latest mission on Mars, which began in February.

very briefly, the Soviet Union. It was the latest in a series of major milestones, including missions to the moon and the start of construction of a new orbiting space station, that have secured China’s status as a space power. (China was expected to launch a second module for the space station later Wednesday or on Thursday.)

Since Saturday, the China National Space Administration had divulged little about the Mars mission’s progress. It said on Wednesday that the components of the lander and the rover, including its solar panels, had “deployed in place normally.”

two brief videos of the lander departing the orbiter that carried the craft to Mars. The agency’s statement said that the orbiter had braked into a new orbit on Monday, from which it could establish a stable communication link. It said that the rover was carrying out preparations to trundle down the ramp and began its exploration.

Zhurong is carrying a number of instruments to study the planet’s topography, geology and atmosphere. One goal is to understand the distribution of ice in the region, which, in theory, could someday help sustain visits by people.

Listed on April 21 for $2,395,000 with Adam Weissman of Coldwell Banker Bain of Lake Union, the gorgeous four-bedroom brick home was sold on May 6 for … END_OF_DOCUMENT_TOKEN_TO_BE_REPLACED