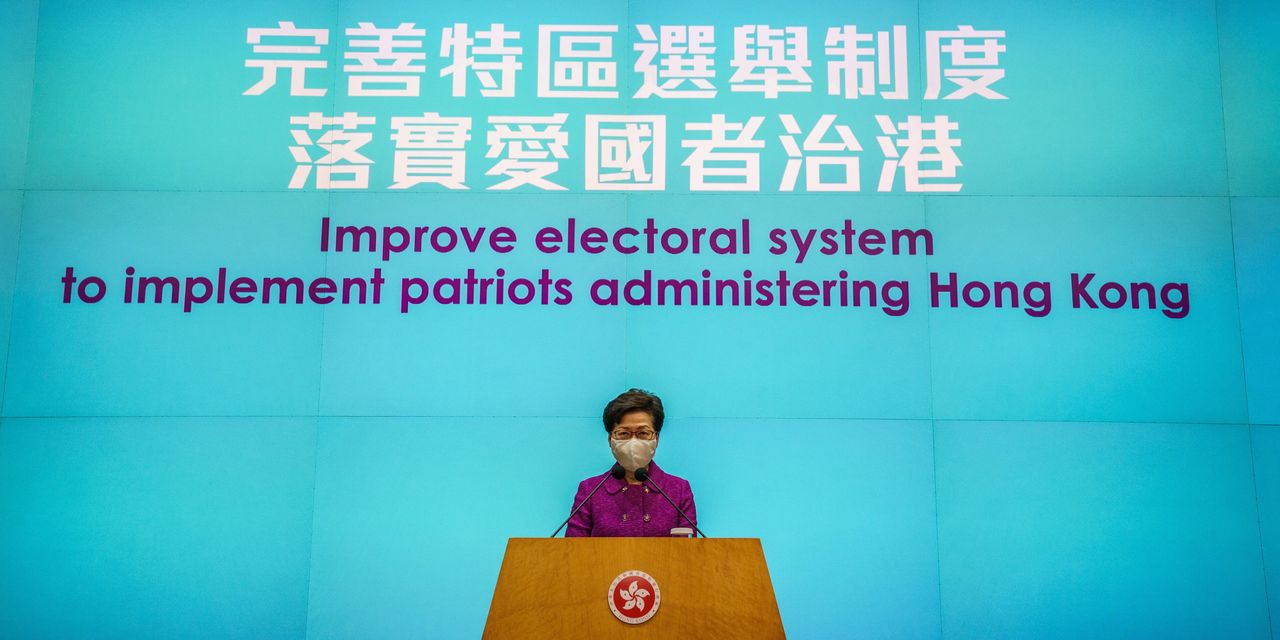 HONG KONG—China’s top lawmaking body rewrote electoral rules for Hong Kong to give Beijing decisive control over how the city chooses its leader and legislators, putting pro-establishment politicians firmly in charge of the former British colony.

These measures formalized Beijing’s plans to tighten its grip on Hong Kong with electoral overhauls that ensure only “patriots” can govern the Asian financial center. China’s national legislature approved the proposal during its annual session this month, paving the way for senior lawmakers to finalize the details this week.

Opposition groups say the electoral changes are part of Beijing’s systematic erosion of many rights and freedoms that Hong Kong residents were promised for the half-century following Britain’s handover of the territory to Chinese rule in 1997.

Beijing has sought to crush dissent in Hong Kong since antigovernment protests caused citywide chaos in 2019. After imposing a national-security law on the city in June, authorities have rounded up scores of pro-democracy figures and disqualified several opposition lawmakers.

SAN FRANCISCO — Cleve Jones has lived in the Castro neighborhood for nearly 50 years, almost from the day he graduated from high school in Phoenix and … END_OF_DOCUMENT_TOKEN_TO_BE_REPLACED

A home inspection can spare you from unpleasant surprises after you buy. After crunching the numbers, searching your favorite neighborhoods, and … END_OF_DOCUMENT_TOKEN_TO_BE_REPLACED