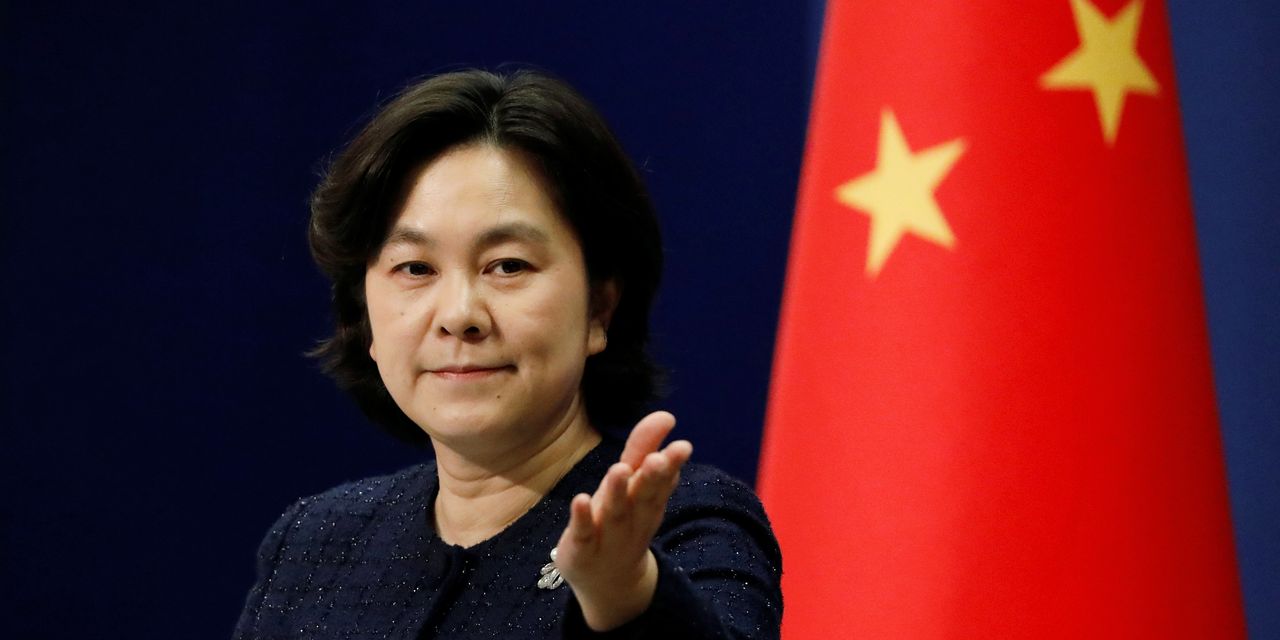 BEIJING—China on Wednesday called for the World Health Organization to probe whether Covid-19 first emerged in other countries—possibly including from a U.S. military laboratory—in its first public response to a call from the head of the agency for a more robust investigation into whether the virus escaped from a Chinese lab.

A WHO-led team that visited China earlier this year to explore the pandemic’s origins concluded in a report published Tuesday that the coronavirus was “extremely unlikely” to have leaked from a Chinese laboratory and recommended no further study of that possibility.

However, WHO Director-General Tedros Adhanom Ghebreyesus said shortly before the report’s release that the team’s assessment of a potential lab leak had not been extensive enough and that further investigation was needed, adding he was ready to deploy addition specialists to study that possibility.

“They have basically excluded the possibility of a lab incident” in Wuhan, she said.

SAN FRANCISCO — Cleve Jones has lived in the Castro neighborhood for nearly 50 years, almost from the day he graduated from high school in Phoenix and … END_OF_DOCUMENT_TOKEN_TO_BE_REPLACED

A home inspection can spare you from unpleasant surprises after you buy. After crunching the numbers, searching your favorite neighborhoods, and … END_OF_DOCUMENT_TOKEN_TO_BE_REPLACED