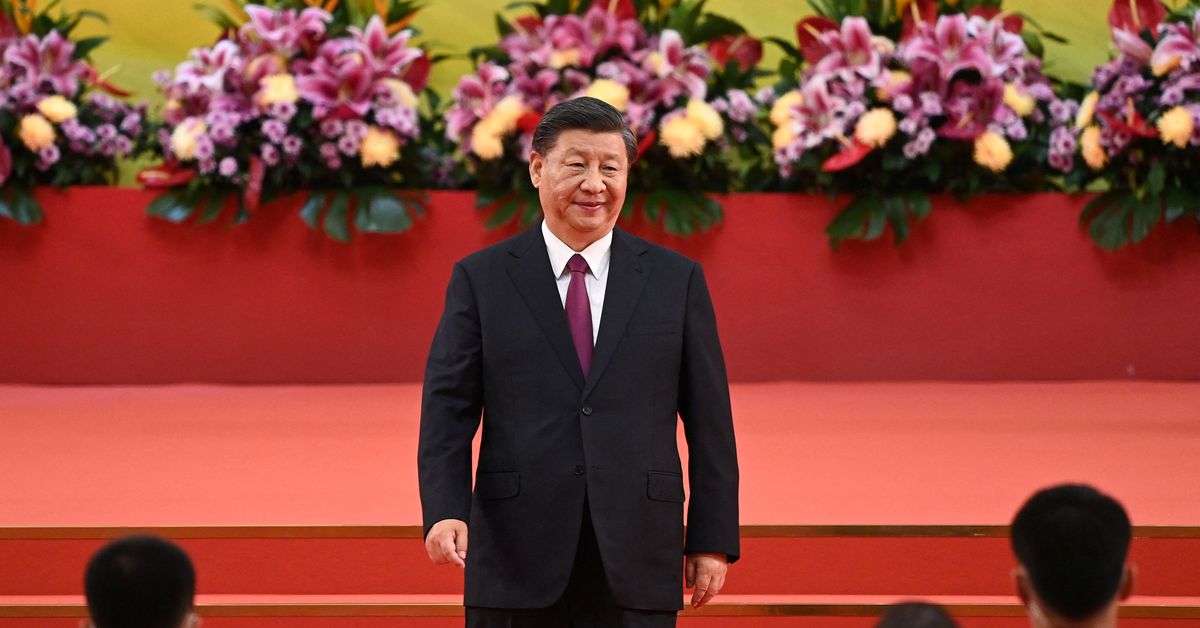 China’s President Xi Jinping leaves the podium following his speech after a ceremony to inaugurate the city’s new leader and government in Hong Kong, China, July 1, 2022, on the 25th anniversary of the city’s handover from Britain to China. Selim Chtayti/Pool via REUTERS

BEIJING, July 27 (Reuters) – China must focus on addressing “unbalanced and inadequate development” in the next five years, President Xi Jinping told senior leaders this week, indicating he wants to continue the economic priorities adopted in the past five years.

State broadcaster CCTV on Wednesday said Xi made the comments in a special two-day meeting in Beijing on Tuesday, in which he laid out his vision for “the next five years and more”, after the ruling Communist Party holds a Congress later this year.

The party is due to reshuffle its leadership for the next five years at the Congress. While his previous two predecessors stepped down after two full terms, Xi is expected to secure an unprecedented third term as China’s top leader at the Congress.

Xi had first mentioned the need to address problems of “unbalanced and inadequate development” as a policy priority when he presented a major political document at the last Congress in 2017.

The problems include low quality growth, weak innovation, a wide gap in development and social services available between cities and villages and an over-reliance on fossil fuels, he said in the Congress report in 2017.

Xi told regional chiefs and ministers gathered for this week’s meeting that the party must keep up its “fighting spirit” and strengthen its “ability to fight”, according to CCTV.

In his review of the past five years, Xi listed the modernisation of Chinese military and peace in the Taiwan Strait as some of his achievements.

There were no arrests in three quarters of last year’s fatal shootings, according to statistics provided by Mr. Krasner’s office, even as arrests for … END_OF_DOCUMENT_TOKEN_TO_BE_REPLACED