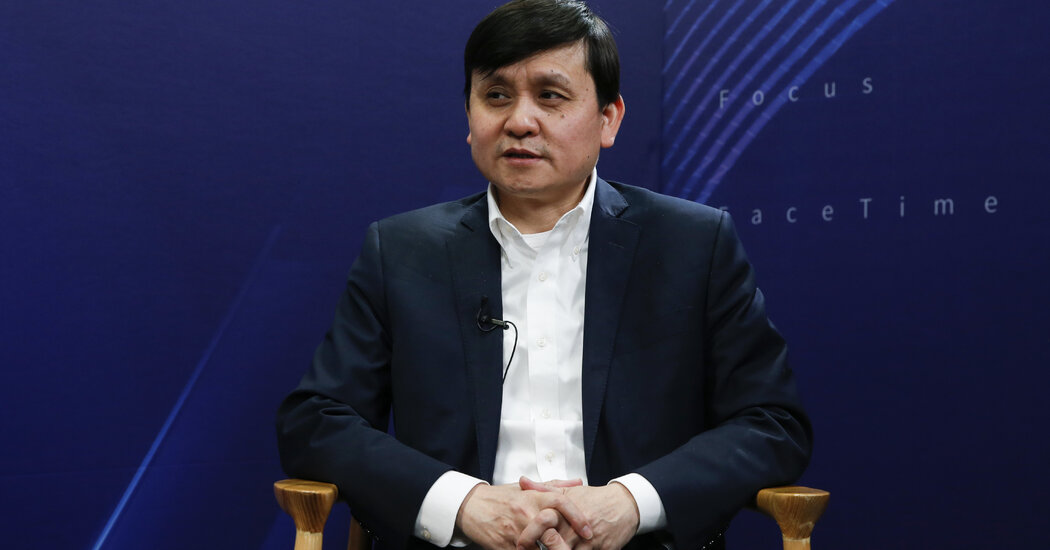 China imposed some of the world’s toughest lockdowns to stop the coronavirus. One city sealed apartment doors, leaving residents with dwindling food and medicine. One village tied a local man to a tree after he left home to buy cigarettes.

Few officials spoke up against the measures, given the central government’s obsession with its anti-coronavirus campaign. That hasn’t stopped Dr. Zhang Wenhong.

Dr. Zhang, an infectious-disease specialist and perhaps China’s most trusted voice on Covid-19, has spoken out publicly against the strictest lockdowns. Fighting the pandemic, he likes to say, is like “catching mice in a china shop.”

He may be China’s closest analogue to Dr. Anthony S. Fauci, the American infectious-disease specialist who became the public face of the response to the virus in the United States.

A top academic at Fudan University in Shanghai and a member of the Communist Party, Dr. Zhang led Shanghai’s expert panel on Covid-19, giving him considerable authority over the city’s response.

But unlike Dr. Fauci, who urged the Trump administration to do more, Dr. Zhang championed a more strategic approach for a country that didn’t take coronavirus half-measures. In doing so, he spoke to the Chinese public with respect, a refreshing change from the way others in authority often carry themselves.

Dr. Zhang is especially popular among professionals and technocrats who admire him for his sincerity in a society plagued by propaganda, conspiracy theories and crude nationalism.

“At this moment, rumors are more terrifying than the virus,” he said at the beginning of the outbreak. “We need to explain the epidemic to the public with rational data and professional knowledge.”

In today’s China, getting ahead often means speaking in the language of the Communist Party. Those who refuse to ride the ideological tide keep their independence by keeping quiet.

By contrast, Dr. Zhang has earned an ability to speak freely. Shanghai, a city of 24 million people, has had only 371 local infections and seven deaths.

His forecasts have been on the mark. He predicted early on that the pandemic could last at least one to two years. A year ago this month, when China was still virtually shut down, he said China had left its toughest hours behind.

Journalists began to seek him out, and some of his responses became internet memes. A few examples:

“Influenza is not a cold, just like a tiger is not a cat.”

MIAMI--(BUSINESS WIRE)--Intelli Smart Homes, the leading smart home technology company, has been recognized as one of America’s fastest-growing … END_OF_DOCUMENT_TOKEN_TO_BE_REPLACED

Customers outside a Walmart store in Torrance, California, US, on Sunday, May 15, 2022. Walmart Inc. is scheduled to release earnings figures on May … END_OF_DOCUMENT_TOKEN_TO_BE_REPLACED

The past few years have been brutal on homebuyers' budgets. Would-be buyers have been priced out of some of the most desirable neighborhoods thanks to … END_OF_DOCUMENT_TOKEN_TO_BE_REPLACED