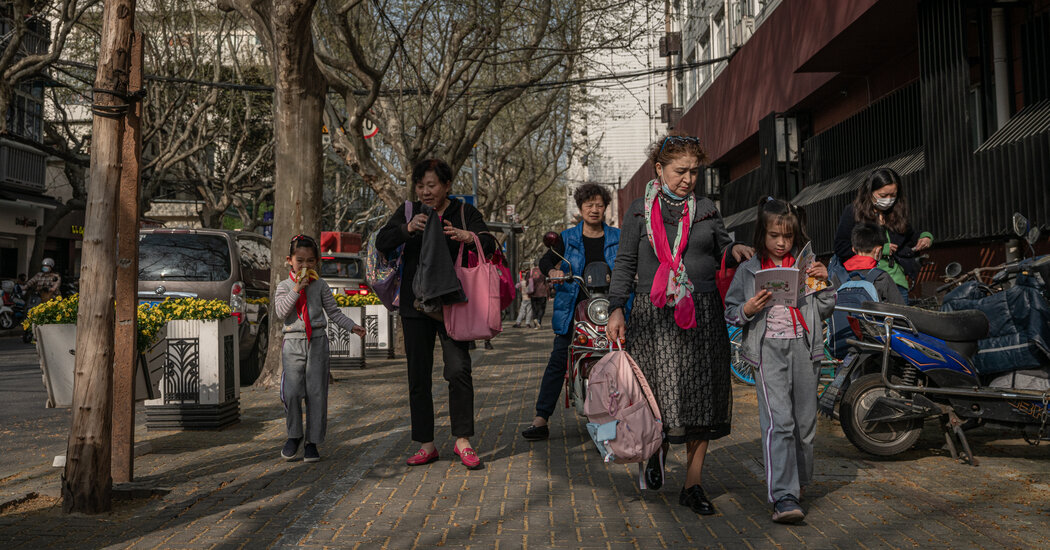 China’s population is growing at its slowest pace since the 1960s, with falling births and a graying work force presenting the Communist Party with one of its gravest social and economic challenges.

Figures for a census conducted last year and released on Tuesday showed the country’s population at 1.41 billion people, about 72 million more than the 1.34 billion who were counted in the last census, in 2010.

Births have fallen in recent years, and with rising longevity have pushed China to the verge of a demographic crisis that could stunt growth in the world’s second-largest economy. China faces aging-related challenges similar to that of developed countries, while having a much smaller household income — that is, the country is growing old without first having grown rich.

Beijing is now under greater pressure to abandon its family planning policies, which are among the world’s most intrusive; overhaul an economic model that has long relied on a huge population and growing pool of workers; and plug yawning gaps in health care and pensions.

turned to robots because they cannot find enough workers.

getting older, China’s demographic problems are largely self-inflicted. The one-child policy, imposed in 1980, may have prevented 400 million births, but also shrank the number of women of childbearing age. As the population gets older, it will impose tremendous pressure on the country’s overwhelmed hospitals and underfunded pension system.

eased to limit couples to two children. Already, many local governments are allowing families to have three children or more without making them pay fines.

But demographers say there are no easy fixes. A growing cohort of educated Chinese women are putting off marriage, which has declined since 2014. The divorce rate has risen consistently since 2003. Many millennials are put off by the cost of raising children.

In the southwestern city of Chengdu, Tracy Wang, the 29-year-old founder of an English enrichment center for children, said she had decided in her early 20s that she did not want children.

“In essence, I don’t like children very much — yes, they might be cute — but I don’t want to give birth to them or take care of them,” Ms. Wang said.

“Before, many people used to think it was such an incredulous thought: ‘How could you even think this way?’” she said. “But now, they all understand that you can’t afford it.”

AUSTIN, Texas--(BUSINESS WIRE)--As the first multifamily management company to be recognized in the Public Relations and Marketing Excellence Awards, … END_OF_DOCUMENT_TOKEN_TO_BE_REPLACED

There have been whispers of cooling housing and rental prices in the San Francisco Bay Area, but that hasn't yet translated into practical, noticeable … END_OF_DOCUMENT_TOKEN_TO_BE_REPLACED

Cars pass in Independence Square at twilight in Kyiv, Ukraine, Monday, Oct. 31, 2022. Rolling ... [+] blackouts are increasing across Ukraine as the … END_OF_DOCUMENT_TOKEN_TO_BE_REPLACED