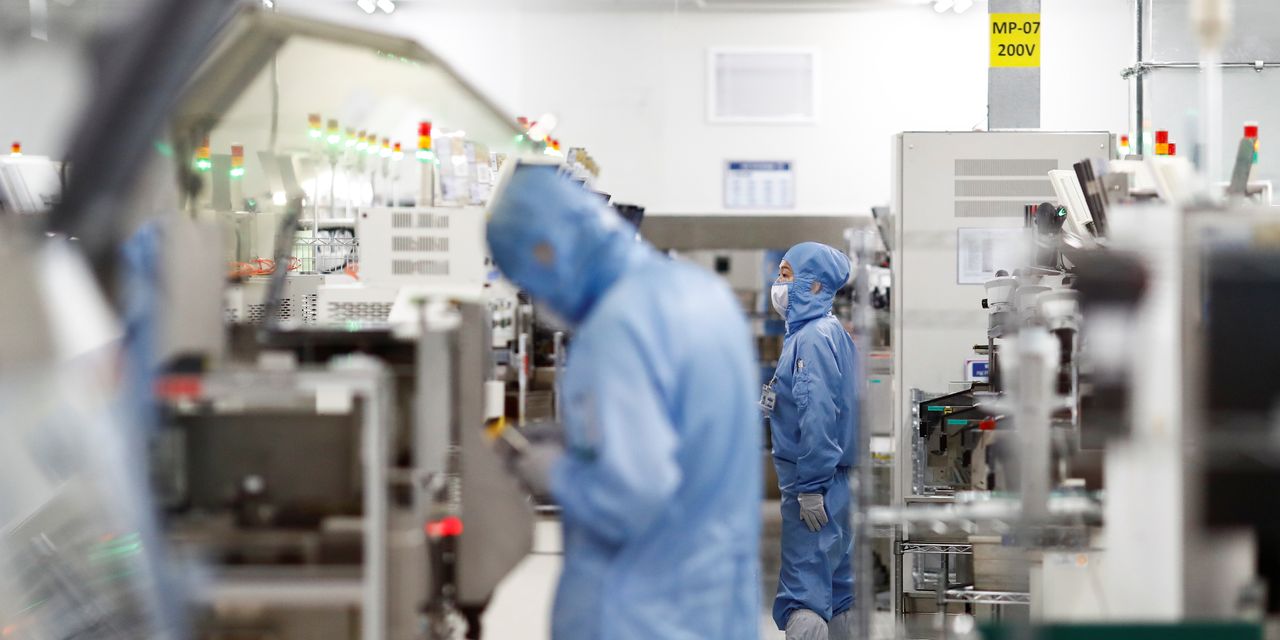 American leaders have long trusted in private markets rather than the federal government to pick the economy’s winners and losers, shunning the industrial policy popular with France, Japan and others.

Not any more. President Biden and both parties in Congress have begun edging into industrial policy, with semiconductors a key testing ground. In January Congress enacted legislation to match state and local incentives for new semiconductor fabrication plants (fabs), and bankroll extensive new research, development and training.

Congress hasn’t appropriated funding for those provisions, or enacted a related 40% tax credit toward the capital costs of new fabs. However, Mr. Biden has signaled support for funding and announced a 100-day review of supply-chain vulnerabilities in four industries: semiconductors, batteries, pharmaceuticals and strategic materials. “We’ll be using a mix of incentives to encourage production here,” Peter Harrell, who serves on the White House National Security Council, told reporters last month.

While American companies pioneered semiconductors and still dominate chip design, many have outsourced the actual fabrication of chips, mostly to Asia. The U.S. share of global chip making has shrunk from 37% in 1990 to 12% now and on current trends will slip to 10% by 2030, according to Boston Consulting Group and the Semiconductor Industry Association.

In a different era the U.S. may have quietly let chip making migrate overseas, as it had with televisions, laptop computers and cellphones. What changed? In a word, China. Its state-guided pursuit of technological dominance and coercive economic diplomacy, such as blocking Australia’s imports over its demand for an investigation into Beijing’s handling of the coronavirus, has infused economic transactions with national-security implications.

American foreign policy must abandon its “reflexive confidence in competitive markets,” Jennifer Harris of the Roosevelt Institute and Jake Sullivan, now Mr. Biden’s national security adviser, wrote in Foreign Policy a year ago. “Advocating industrial policy (broadly speaking, government actions aimed at reshaping the economy) was once considered embarrassing—now it should be considered something close to obvious.”

Besides pouring money into its own chip sector, China is dialing up threats to reunite, by force if necessary, with Taiwan, a democratic self-governing island that supplies 22% of the world’s chips and 50% of its most advanced. Imagine American leaders discovering at the height of the Cold War that its most sophisticated jet engines were all made in West Berlin, surrounded by the Red Army. You get a sense of the urgency in Washington over semiconductors now.

Add to that the chip shortages that have crippled some auto makers this year and semiconductors today resemble oil in the 1970s: a critical input to the economy whose supply is a matter of national security.

“Textiles, furniture, televisions—they’re single products,” said Sen. Mark Warner (D.,Va.), who co-sponsored the chip incentive program with John Cornyn (R., Texas). “Semiconductors are the fundamental building block of thousands of products that our lives depend upon,” he said. “We’ve never had a time where … the control over the technology is as much at stake. And we’ve never had a competitor with the size and skill of China.”

Every major host country already subsidizes semiconductor manufacturing; China’s incentives are the most lavish and the U.S.’ among the skimpiest. Generous incentives made Taiwan Semiconductor Manufacturing Corp. the world’s largest contract chip maker. Such incentives may violate World Trade Organization rules, but subsidies cases are difficult to prove, and market share can migrate in the time it takes to resolve one.

“This industry is fiercely competitive and fiercely market driven,” said John Neuffer, head of the SIA. “There is one piece here where we don’t have a level playing field, and that’s the semiconductor manufacturing. This one piece of our industry needs fixing.”

Should the U.S. subsidize semiconductor production? Why or why not? Join the conversation below.

With a $50 billion incentive program, the SIA predicts the U.S. share of capacity would rise to 14% in a decade. Time, it says, is of the essence: Manufacturers are deciding now on locations that will lift capacity 56% in the next decade. Incentives will likely influence plans by TSMC and Samsung to build fabs in the U.S.

The traditional skepticism toward industrial policy is well deserved. Once Washington starts writing checks for semiconductors, other industries may get in line with the outcome determined more by political clout than economic merit. As in shipbuilding, the targeted companies may end up in perpetual need of federal protection and unable to compete internationally. Former President Donald Trump also delved into industrial policy, but his tariffs failed to revive steel manufacturers and a heavily subsidized liquid crystal display factory he championed in Wisconsin has yet to be built.

Mr. Warner counters: “We have a crummy record on industrial policy when we try to pick winning companies, but I don’t think that’s right when we try to pick winning industries.” Indeed, the Pentagon and NASA were critical early buyers of semiconductors. Unlike with LCDs, the U.S. today hosts several semiconductor ecosystems, clustered around Hillsboro, Ore., Phoenix; Austin, Texas; and upstate New York.

Semiconductors are too globally integrated and reliant on economies of scale for any country to be fully self-sufficient. That, though, isn’t the goal of the U.S.’ new foray into industrial policy. Rather, it is to ensure that the U.S. and its allies have, between them, a supply chain insulated from China. As the White House’s Mr. Harrell put it last month: “Our supply chain should not be vulnerable to manipulation by competitor nations.”

LONDON — A nightmarish tale of a Senegalese soldier fighting for France in World War I, and a workplace novel set on a spaceship, are among the six … END_OF_DOCUMENT_TOKEN_TO_BE_REPLACED

In 2020, when the world suddenly ground to a halt, most people postponed or canceled all of their plans due to the coronavirus crisis. Many … END_OF_DOCUMENT_TOKEN_TO_BE_REPLACED