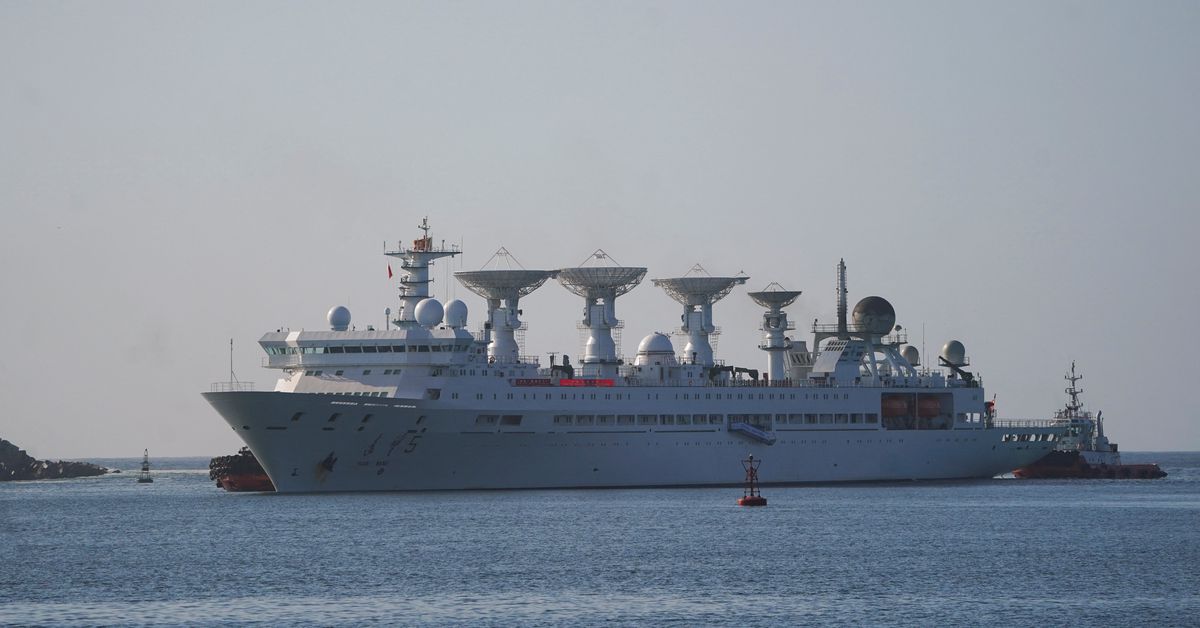 COLOMBO, Aug 16 (Reuters) – A Chinese military survey ship docked at Sri Lanka’s Chinese-built port of Hambantota on Tuesday after a delay of several days because of opposition to the visit from India, which vies with China for influence in crisis-hit Sri Lanka.

India had opposed the docking of the Yuan Wang 5, which analysts describe as a high-tech ship for tracking objects in space, as it fears China could use the port, near the main Asia-Europe shipping route, as a military base.

Sri Lanka, which needs the support of both India and China as it struggles with its worst economic crisis in decades, initially granted the ship permission for a five-day replenishment stay in Hambantota, from Aug. 11.

Yuan Wang 5 will now berth for only three days to stock up on fuel, food and other essentials, said an official at the port who declined to be identified as he is not authorised to speak to the media.

A Sri Lankan government minister said the island nation was working to ensure there was no friction between friendly countries.

“India had raised concerns and Sri Lanka requested a delay in the ship’s docking until discussions could be had to resolve these issues,” Media Minister Bandula Gunawardana told reporters.

“Even before this there have been ships from the U.S., India and other countries coming to Sri Lanka. We have allowed these ships to come. In the same way we have allowed the Chinese ship to dock.”

Chinese foreign ministry spokesperson Wang Wenbin said the Chinese ship was not interfering with any other country.

“Yuan Wang 5 conducting maritime research activities … does not affect any country’s security or economic interests and third-parties should not interfere with it,” he said in Beijing.

The Pentagon says the Yuan Wang ships are operated by the Strategic Support Force of the People’s Liberation Army.

Before the arrival of the ship, India gave Sri Lanka’s air force a Dornier 228 aircraft for maritime surveillance.

At a handover ceremony, Sri Lankan President Ranil Wickremesinghe called it the start of cooperation in maritime surveillance between his country’s navy and air force and India’s navy.

Soon after Herschel Walker, the former football star, announced he would run for U.S. Senate in Georgia as a Republican, his son Christian appeared … END_OF_DOCUMENT_TOKEN_TO_BE_REPLACED

SpaceX launched four people to the International Space Station from Florida on Wednesday, as Elon Musk's company keeps up a steady pace of crewed … END_OF_DOCUMENT_TOKEN_TO_BE_REPLACED