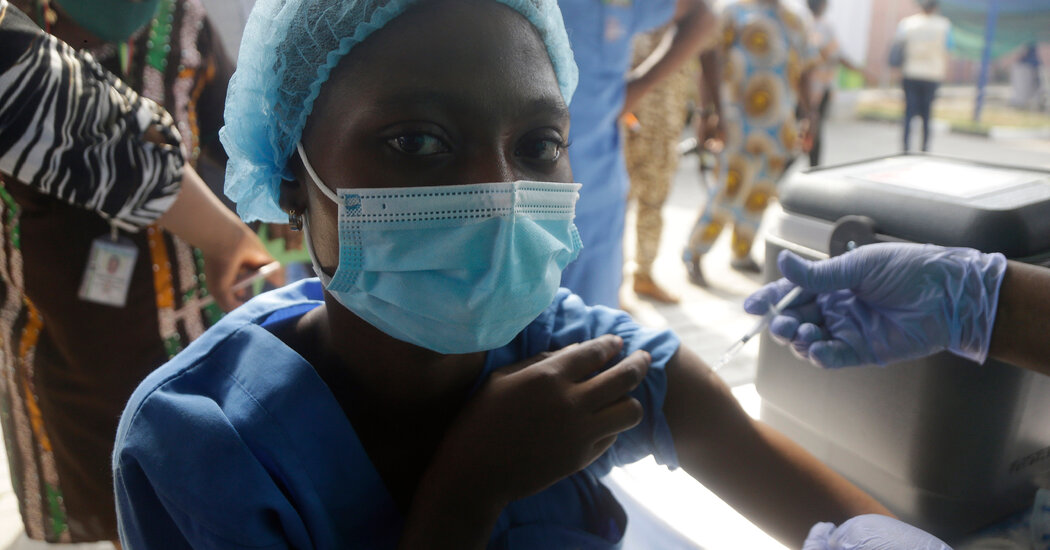 A handful of countries in Europe are shying away from the vaccine developed by AstraZeneca and the University of Oxford. Demark, Norway and Iceland said Thursday they would halt its use while European drug regulators examine the possibility of a link to blood-clotting issues. They emphasized that they were just being cautious and that there is no evidence of any causal link, and global health authorities confirmed support for the vaccine.

Bulgaria joined those countries on Friday, saying it would temporarily suspend inoculations with the AstraZeneca vaccine after the death of a woman a day after she received a shot (her autopsy found no traces of blood clots). And Thailand delayed its rollout of the vaccine, which was to begin Friday. The Democratic Republic of Congo has also delayed its rollout, Reuters reported.

Germany, France, Poland and Nigeria have said they would continue to administer the vaccine.

A senior adviser to the World Health Organization, Bruce Aylward, stressed in a news briefing on Friday that the W.H.O. had “great confidence” in AstraZeneca’s vaccine.

The vaccine has been authorized for use in more than 70 countries, but not the United States, where it is still going through clinical trials.

AstraZeneca vaccine has fueled tensions within Europe and with European Union allies. AstraZeneca has asked the Biden administration to let it send unused American doses to the E.U.

Here’s what else were learned this week:

Good morning. The economy is showing more signs of recovery — jobs are coming back, the stock market is up (again) and people are spending money. … END_OF_DOCUMENT_TOKEN_TO_BE_REPLACED

Months after the inauguration of President Biden, One America News Network, a right-wing cable news channel available in some 35 million households, … END_OF_DOCUMENT_TOKEN_TO_BE_REPLACED

KABUL, Afghanistan — Farzana Ahmadi watched as a neighbor in her village in northern Afghanistan was flogged by Taliban fighters last month. The … END_OF_DOCUMENT_TOKEN_TO_BE_REPLACED