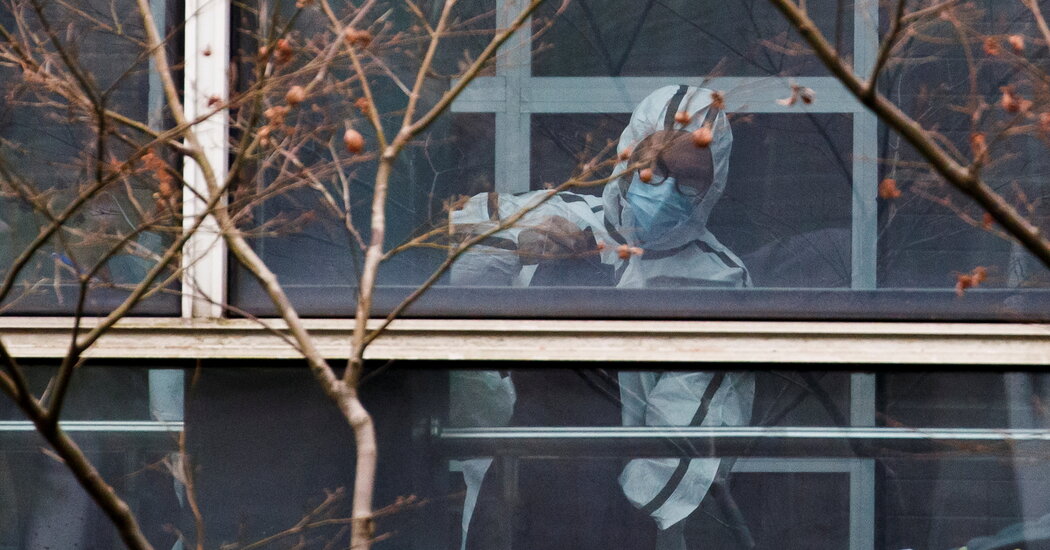 The coronavirus most likely emerged in bats before spreading to humans through another animal, according to a report to be released by the World Health Organization on Tuesday, offering some clues on a question that has become politically fraught amid accusations of interference from Beijing.

According to the report on the origin of the pandemic, which was obtained by The New York Times in advance of its release, a team of experts who recently visited the Chinese city of Wuhan, where the coronavirus was first detected in late 2019, also dismissed the idea that the virus might have leaked accidentally from a Chinese laboratory as “extremely unlikely.”

Officials in the United States and elsewhere have expressed concern about China’s efforts to reshape the narrative about the outbreak in Wuhan, which the authorities initially tried to conceal.

Critics have assailed the inquiry by the W.H.O. team as insufficient, saying the global health agency has been too deferential to Beijing. Chinese scientists, many of whom are affiliated with the government, helped oversee the inquiry, and the report was repeatedly delayed amid delicate negotiations with Chinese officials. For months, China sought to delay the visit of the investigators in an apparent attempt to avoid scrutiny of its early mistakes in handling the pandemic.

refused to share raw data about some of the earliest possible virus cases with the W.H.O. team, frustrating some of the visiting scientists.

China’s lack of transparency as well as other concerns prompted a small group of scientists not affiliated with the World Health Organization to call this month for a new inquiry into the origin of the pandemic. They said such an inquiry should consider the possibility that the virus escaped from a laboratory in Wuhan or infected someone inside it.

The lab leak theory has been promoted by some officials in the Trump administration, including Dr. Robert Redfield, the former director of the Centers for Disease Control and Prevention, in comments to CNN last week. He offered no evidence and emphasized that it was his opinion; the theory has been widely dismissed by scientists and U.S. intelligence officials.

GREENVILLE, N.C.--(BUSINESS WIRE)--Employers aiming to win the war on talent have a new “A” team to tap into: college and professional athletes. … END_OF_DOCUMENT_TOKEN_TO_BE_REPLACED

Mortgage rates are likely to rise in July, extending a seven-month streak. High inflation, and the Federal Reserve's efforts to control it, have … END_OF_DOCUMENT_TOKEN_TO_BE_REPLACED