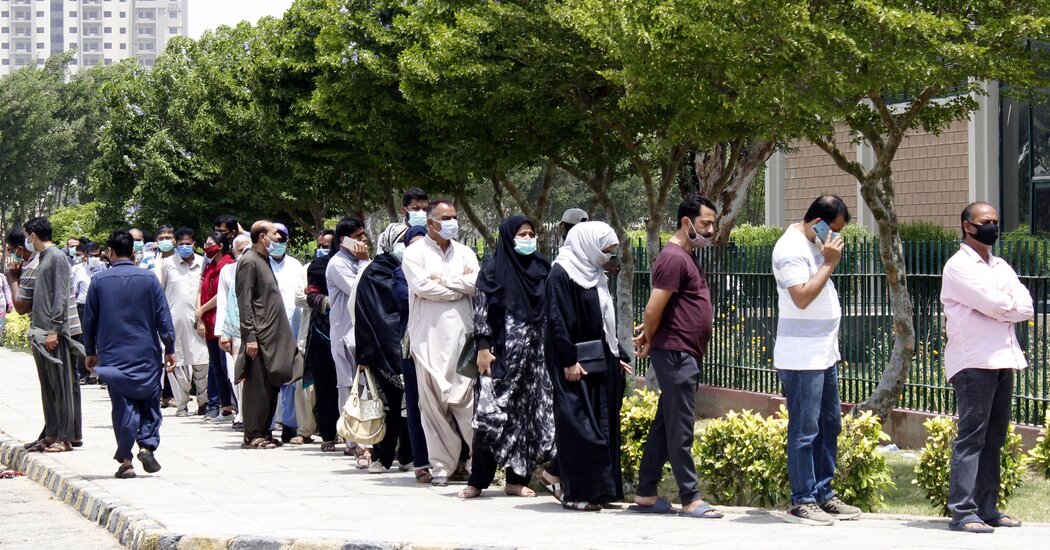 Covax, the program to vaccinate the world’s poorest countries, will receive 200 million doses of Johnson & Johnson’s single-shot coronavirus vaccine through an advance purchase agreement announced on Friday. The deal may eventually boost a vaccination campaign that has fallen significantly behind on its goals.

Gavi, the public-private health partnership co-leading Covax, will purchase the doses at a not-for-profit price from Johnson & Johnson. Gavi said that the goal is to supply the 200 million doses this year.

But it was not clear how quickly those doses will start being delivered or whether they can help turn around the struggling Covax program. Jake Sargent, a spokesman for Johnson & Johnson, said the company is “striving to deliver vaccine doses as quickly as possible.”

Only 71 million doses have been shipped out so far through the Covax program, the vast majority of which have been of AstraZeneca’s Covid vaccine. In March, the World Health Organization, another co-leader of Covax, had said 237 million doses would be allocated to participating countries by the end of May.

the growing gap in vaccination coverage between the world’s rich and poor. Only 0.3 percent of the vaccine doses administered globally have been given in the 29 poorest countries, home to about 9 percent of the world’s population.

Covax has been underfunded and behind schedule even before it faced its most significant blow last month: India, facing a devastating coronavirus crisis, halted vaccine exports out of the country, meaning that Covax could no longer receive doses from its major supplier, the Serum Institute of India. The Serum Institute signaled this week that it would not be able to provide vaccines beyond India before the end of this year.

The massive shortfall in supply has left low-income countries increasingly dependent on donations from wealthy countries. President Biden has pledged to donate 80 million doses of vaccines, most from AstraZeneca, and some of which are expected to be given through Covax. The president of the European Commission, Ursula von der Leyen, said on Friday that the bloc aims to donate 100 million vaccine doses to low- and middle-income countries this year.

Other vaccine makers have also said they would step up supply to low-income countries as they fight a push, supported by the Biden administration, to increase vaccine supply by waiving intellectual property protections on Covid vaccines. Albert Bourla, chief executive of Pfizer, said on Friday that the company expects to deliver two billion doses of its vaccine to developing countries in the next 18 months. That projection reflects existing deals with governments, anticipated future agreements and Pfizer’s pledge to supply 40 million doses to Covax.

Side tables are among the smallest pieces of furniture, but they make a big difference in the way a room looks.“They’re like the bags and shoes of … END_OF_DOCUMENT_TOKEN_TO_BE_REPLACED

SAN FRANCISCO--(BUSINESS WIRE)--Snapdocs, a leading digital closing platform for the mortgage industry, announced today that its eClosing offering has … END_OF_DOCUMENT_TOKEN_TO_BE_REPLACED