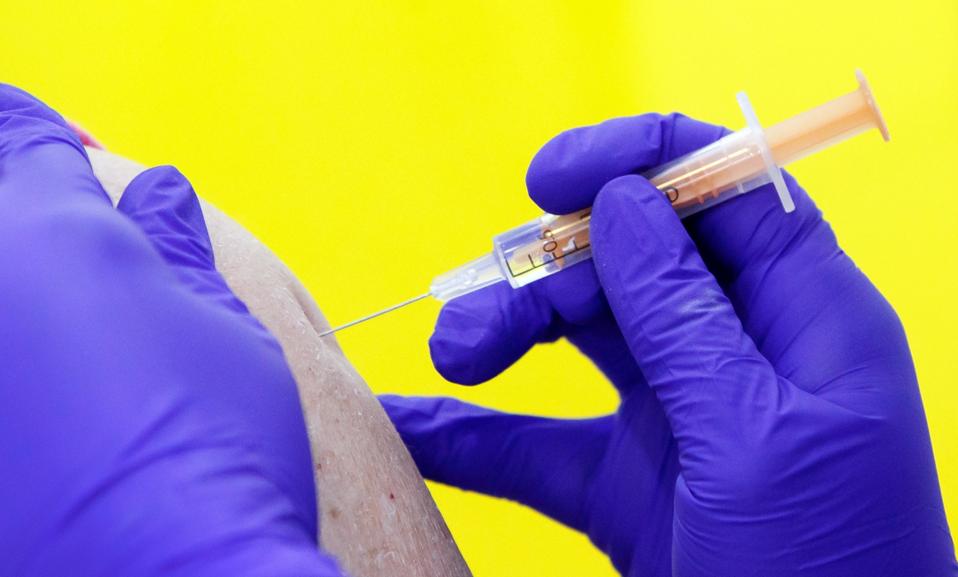 British lawmakers have warned their government that fear of deportation may be stopping hundreds of thousands of undocumented migrants from getting vaccinated against Covid-19.

Most vaccines are being distributed through family doctors (GPs). But many undocumented migrants are afraid to register with their local GP over fears their details will be shared with the Home Office.

Health Minister Ed Argar previously told radio station LBC that the government was not going to “chase up” the immigration status of anyone getting a shot.

But on Friday, Labour party MP Sarah Owen and Conservative peer Lord Sheikh asked what “proactive” action was being taken to ensure the country’s 1.2 million undocumented migrants are not missed in the vaccine rollout, in a letter to vaccines minister Nadhim Zahawi.

They asked Zahawi how the government planned on reaching those who might be reluctant to get the shot, or who may not have access to vaccine information in their language.

They wrote: “We are deeply concerned that the large numbers of people who are undocumented will be highly vulnerable and disproportionately impacted by Covid-19, while also being some of the most hesitant to reach out to receive their vaccine.”

A recent survey revealed that more than 40 percent of migrants in the U.K. were reluctant to access healthcare services, including registering with a family doctor, over concerns they will be charged or have their details shared with the government. That figure rose to 56 percent for people with refugee status, according to the research by the Joint Council for the Welfare of Immigrants.

Owen said in a press release: “No one’s safe until we’re all safe.

“The vaccine rollout is going incredibly well…but no one can be missed out because of who they are, what they look like, or where they come from.

“The government needs to urgently kick start a new public information campaign aimed at harder to reach groups like undocumented migrants, and work closely with communities with lower rates of vaccine acceptance, because only when as many people as possible have taken the vaccine will life truly be able to get back to normal.”

Lord Sheikh added: “Undocumented immigrants are some of the most vulnerable in society and have been disproportionately impacted by the pandemic. We need to better support those who are on the ground such as community and faith leaders to build trust so that we can all be safe.”

Kawsar Zaman, barrister and vaccine uptake campaigner said: “The government’s policy to invite undocumented migrants to come forward and take the vaccine is the right one. However, the reality is that these individuals will not come forward and register with their GP for fear of repercussions.

“Our entire national vaccination effort is at jeopardy if we do not reach the estimated 1.4 million undocumented migrants in a timely manner.”

Britain has received international praise for the speed at which it has rolled out Covid-19 vaccines. More than 21.3 million people—approximately 32 percent of adults—have already had at least one dose of a Covid-19 vaccine as of Friday.

But the government has already come under fire over serious discrepancies in uptake. Research shows that elderly people from minority ethnic backgrounds, for example, have been vaccinated at far slower rates than elderly white people.

“This is about getting the best, optimal delivery vehicle for us,” Mr. Wake said.Globally, UPS operates a fleet of about 120,000 vehicles, and around … END_OF_DOCUMENT_TOKEN_TO_BE_REPLACED

President Biden on Wednesday is expected to call on every employer in America to give their employees paid time off to get vaccinated, the … END_OF_DOCUMENT_TOKEN_TO_BE_REPLACED

That, however, left unanswered the question of what it would mean if Afghanistan was no longer an active zone of armed conflict, even as fighting … END_OF_DOCUMENT_TOKEN_TO_BE_REPLACED