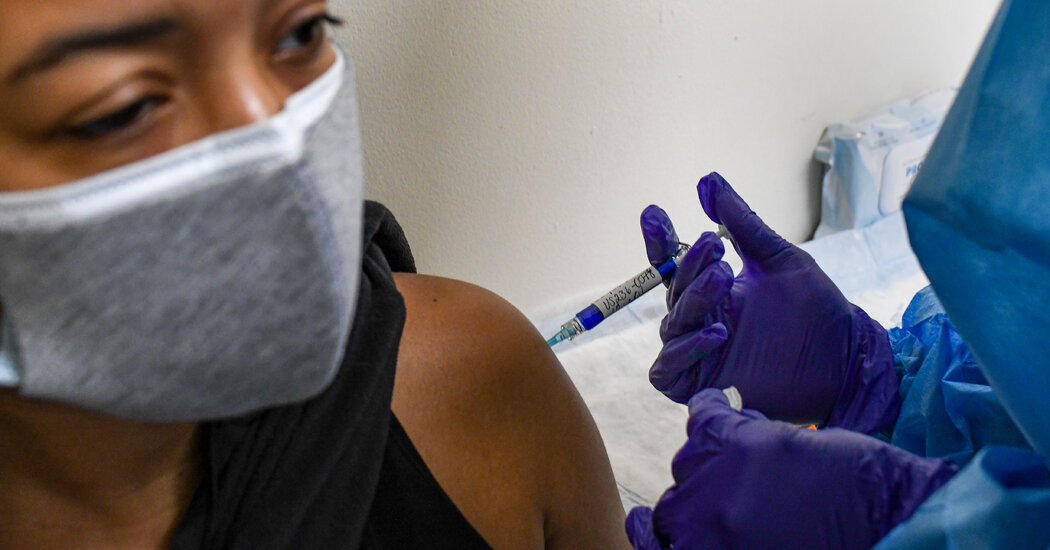 Novavax, one of the first players in the race to vaccinate the world against Covid, delivered disheartening news on Monday, saying that its highly protective vaccine would not be authorized in the United States or Britain until at least July, and that it would not reach peak production until the end of the year.

The delays, announced during an earnings call with investors, are the latest setback for the little-known Maryland company, which was granted up to $1.6 billion from the U.S. federal government last year and whose product has shown robust results in clinical trials. Despite these wins, the company has struggled to demonstrate that it can deliver on its promise to supply the world with 2 billion doses this year. Novavax has never brought a vaccine to market in its 34-year history.

On the call, the company’s president and chief executive, Stanley C. Erck, said that the regulatory and manufacturing hurdles causing the delay have now been resolved. “Nearly all of the major challenges have been overcome, and we can clearly see the light at the end of the tunnel,” he said.

Investors did not appear to agree: By Tuesday morning, the company’s stock had fallen to $133.86, down nearly 17 percent, although it rebounded somewhat later in the day.

finalized a deal with Gavi, a public-private global vaccine partnership, to supply 1.1 billion doses of its shot to low- and middle-income countries. Novavax has struck other deals with countries like South Korea, Japan and Australia, and has set up agreements with eight production plants around the world.

One of its major manufacturing partners, the Serum Institute in India, has faced its own production and geopolitical challenges. A fire at the facility earlier this year reduced its capacity, and in April, Serum’s chief executive, Adar Poonawalla, called out the United States for restricting access to raw vaccine ingredients. And though Novavax’s deal with Serum is intended to supply the rest of the world through its arrangement with Gavi, the Indian government has banned exports of vaccines from the country as it struggles with a deadly second wave of Covid-19.

which is tracking global vaccine deals. “I think particularly for countries in South and Southeast Asia, as well as countries in Africa, it is hard to overstate the impact that this is having.”

Regulatory hurdles have also set Novavax back. On Monday, company executives said that a now-resolved issue with an “assay” — a test that was needed to confirm that their product can be consistently manufactured at commercial scale across multiple production plants — was delaying regulatory approvals around the world, and that countries like Britain and the United States would not grant authorization until at least July. Company officials once said they hoped to gain authorization for their vaccine in April.

persuaded Novavax to set up a trial there last year in part by promising speed in clinical development and regulatory approval. But time is running out: About two-thirds of British adults have received a first dose of a coronavirus vaccine, most made by AstraZeneca, and every adult is expected to be offered one by the end of July.

The vaccine’s role in Britain depends in part on how quickly Novavax can start distributing its shot. A British factory making the vaccines has said that it would be ready by the summer. The country has recently turned away from the AstraZeneca shot in younger people because of the risk of very rare blood clots, leaving room for Novavax to be an alternative for people under 40.

The country is also studying the effects of administering a second dose of the Novavax vaccine in people who have already received a first dose from either Pfizer or AstraZeneca.

the company was on the verge of closing after a major trial failure for another vaccine, and it was forced to sell off its manufacturing facility to raise money.

Last year, the Trump administration placed a major bet on the tiny company as part of its Operation Warp Speed project, signing a $1.6 billion contract for delivery of 110 million doses by early this year. In April, the total amount of the deal was increased to $1.75 billion, according to Novavax’s financial filings. The company’s large trial in the United States and Mexico has still not been completed, although executives said on Monday that they expected results from that study “in a few weeks.”

Novavax officials said they now did not expect to deliver those doses until the end of this year or early 2022. A spokeswoman for Novavax said there was no penalty for later delivery in its contract with the U.S. government.

Novavax’s spotty track record does not offer confidence that it can rise to the challenge of producing billions of doses, said Les Funtleyder, a health care portfolio manager at E Squared Capital Management who invests in domestic and emerging markets. “It seems they were really unprepared for a challenge of this magnitude,” he said.

Recent news of internal turnover — such as the departure last month of Novavax’s chief financial officer, five months after taking the role, for personal reasons — does not help, Mr. Funtleyder said. “It’s a bad look,” he said.

children older than 12, in an effort to catch up to Moderna and Pfizer, which have already tested their products in that age group.

The vaccine can also be stored at normal refrigeration temperatures, without the freezing temperatures required by Pfizer and Moderna’s vaccines.

“By the end of 2021 there will still be a great need for safe and effective vaccines that can travel well,” said Ms. Taylor, of Duke University. “Novavax looks like it can fit that description.”

Dr. Saad B. Omer, the director of the Yale Institute for Global Health, noted that when concerns were raised over the Johnson & Johnson and AstraZeneca vaccines because of links to blood clots, countries with multiple vaccines available were able to switch to other options.

“It’s good to hedge our bets,” he said. “If we want to avoid, for example, body blow after body blow to low-income countries in many parts of the world that has an impact on everyone, we need to vaccinate a huge chunk of the world.”

SEATTLE--(BUSINESS WIRE)--(NASDAQ: RDFN) —The housing market turned a corner in April as the inventory crunch showed signs of easing, according to a … END_OF_DOCUMENT_TOKEN_TO_BE_REPLACED

We present a chance to live like Rocky Mountain royalty right in the heart of Denver. “You don't see a lot of castles in the middle of Denver—and this … END_OF_DOCUMENT_TOKEN_TO_BE_REPLACED