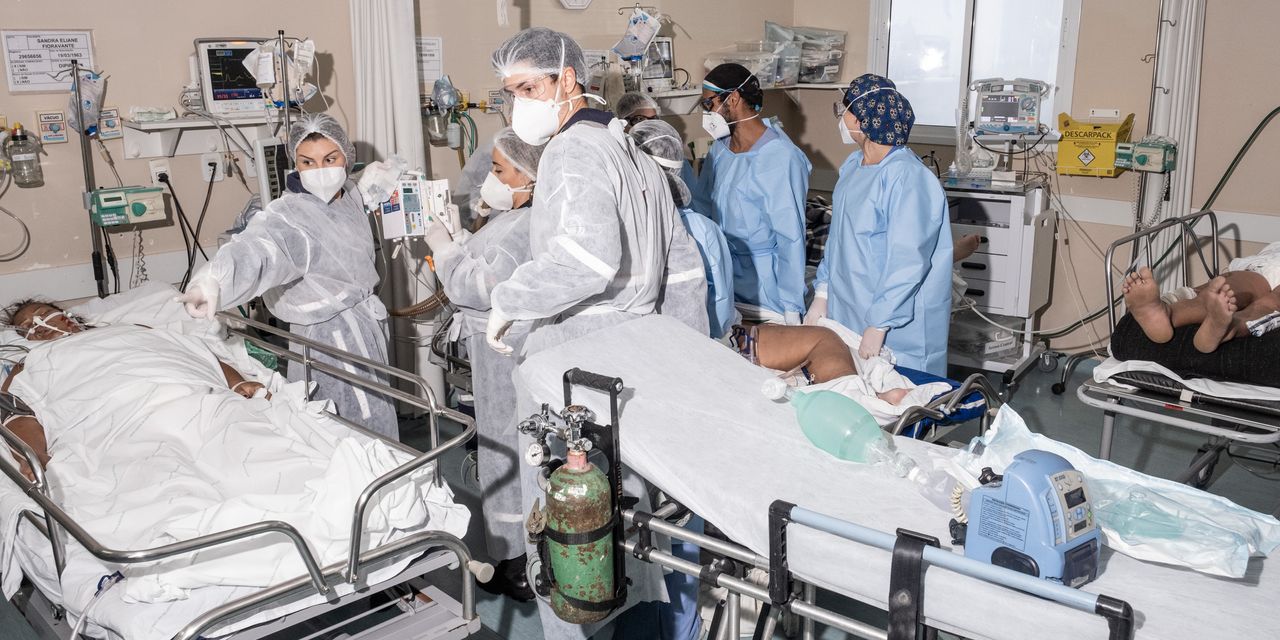 PORTO ALEGRE, Brazil—Brazil is in the throes of a battle against the new Covid-19 variant from the Amazon that threatens to send shock waves across the globe.

Home to less than 3% of the world’s population, Brazil currently accounts for almost a third of the daily global deaths from Covid-19, driven by the new variant. More than 300,000 have died, and daily deaths now top 3,000, a toll suffered only by the far more populous U.S.

“We’re in the trenches here, fighting a war,” said Andréia Cruz, a 42-year-old emergency-ward nurse in the southern Brazilian city of Porto Alegre. In the past three weeks alone, the surrounding state of Rio Grande do Sul has seen nearly 5,000 people die from Covid-19, more than in the final three months of last year.

The spread of the virus in Brazil threatens to turn this country of 213 million into a global public-health hazard. The so-called P.1 strain, present in more than 20 countries and identified in New York last week, is up to 2.2 times more contagious and as much as 61% more able to reinfect people than previous versions of the coronavirus, according to a recent study.

The P.1 is now responsible for the majority of new infections in Brazil, with many doctors here saying they are seeing more young and otherwise healthy patients falling ill. About 30% of people dying from Covid-19 are now under 60, compared with an average of about 26% during Brazil’s previous peak between June and August, according to official figures analyzed by The Wall Street Journal.

Phil Shell loves the Bay Area and its real estate market. He’s been building his career here as an agent over the past eight years, but even he hasn’t … END_OF_DOCUMENT_TOKEN_TO_BE_REPLACED

DS4 Cross DS The Plug-in hybrid seems the perfect answer to the electric car dilemma; battery power for all your local needs and a traditional motor … END_OF_DOCUMENT_TOKEN_TO_BE_REPLACED