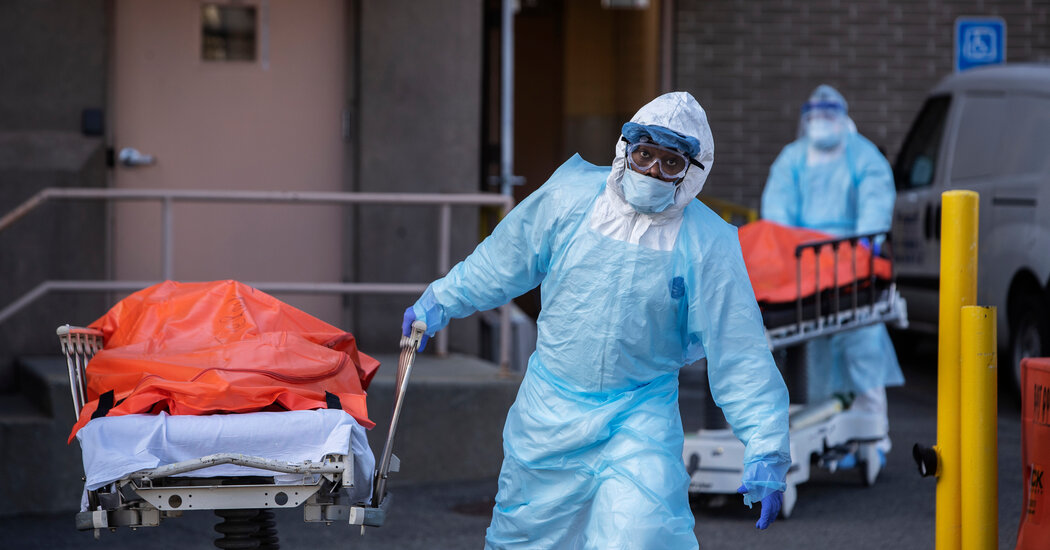 Covid-19 was the third leading cause of death in the United States in 2020, displacing unintentional injuries and trailing only heart disease and cancer, federal health researchers reported on Wednesday.

The coronavirus was the cause of death for 345,323 Americans in a year that exacted a steep price in lives lost. In roughly 30,000 additional cases, death certificates cited Covid-19 but it was not deemed the cause of death, according to the National Center for Health Statistics.

Some 3,358,814 Americans died of all causes in 2020, a 15 percent increase in the age-adjusted death rate over that in 2019, when 2,854,838 Americans died. In addition to Covid-19, heart disease claimed higher numbers of lives than expected last year, as did Alzheimer’s and diabetes — a phenomenon statisticians refer to as excess deaths.

“There’s a substantial number of excess deaths, beyond what we would have expected in a normal year,” said Robert Anderson, chief of the mortality statistics branch at the N.C.H.S. and a senior author of two reports published by the Centers for Disease Control and Prevention.

the virus was in fact the underlying cause of death in the vast majority of the cases. “Since the beginning of the pandemic, people were claiming deaths were simply being attributed to Covid when people were dying of other causes,” Dr. Anderson said. “We show that’s not the case.”

The researchers’ examination of accompanying conditions on death certificates, like pneumonia or respiratory failure, and contributing conditions, like high blood pressure and diabetes, were consistent with what doctors see in patients who die of Covid-19.

The poshest place in California's Coachella Valley is The Madison Club. This exclusive gated community in La Quinta is where A-listers and tycoons … END_OF_DOCUMENT_TOKEN_TO_BE_REPLACED

KOROPY, Ukraine — Four men tugged at long strips of fabric to lift a coffin out of the gaping hole in the backyard of a small house. They flung the … END_OF_DOCUMENT_TOKEN_TO_BE_REPLACED