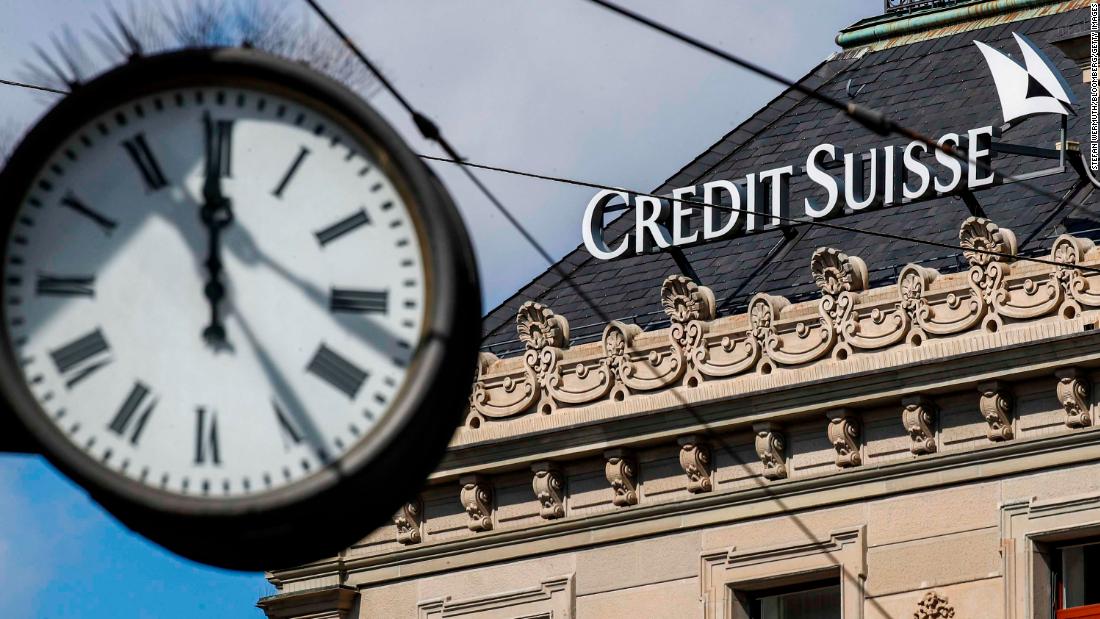 Credit Suisse investment bankers allowed Archegos Capital to take “voracious” and “potentially catastrophic” risks that culminated in the US hedge fund’s spectacular collapse in March, costing the bank $5.5 billion and causing chaos on Wall Street, according to an investigation published Thursday.

The Swiss bank published a report by law firm Paul, Weiss, Rifkind, Wharton & Garrison, which uncovered persistent failures by senior managers to address risks connected with trades made by Archegos, a New York-based family office that managed the fortune of investor Bill Hwang.

Archegos used borrowed money to build massive positions in stocks including media companies ViacomCBS (VIACA) and Discovery, and was unable to pay back its lenders when share prices dropped.

Its implosion cost global banks, including Morgan Stanley (MS) and Japan’s Nomura (NMR), more than $10 billion and led to calls for tighter regulation of firms that invest on behalf of wealthy families and individuals who are subject to less scrutiny than financial institutions.

The independent review found that the Archegos-related losses were the result of a “fundamental failure of management and controls” in Credit Suisse’s investment bank and specifically its prime services business, which provides trading, financing and advisory services to hedge funds and institutional clients.

“The business was focused on maximizing short-term profits and failed to rein in, and, indeed enabled Archegos’s voracious risk-taking,” according to the report, which was based on more than 80 interviews with current and former Credit Suisse employees and more than 10 million documents.

Despite some individuals raising concerns, risk managers and senior executives, including the global head of equities, failed to heed the warnings. Although no fraudulent or illegal activities took place, there was a “persistent failure” to manage “conspicuous risks,” the report said.

It highlighted a “lackadaisical attitude toward risk” in the prime services business and a “cultural unwillingness to engage in challenging discussions.”

“The Archegos matter directly calls into question the competence of the business and risk personnel who had all the information necessary to appreciate the magnitude and urgency of the Archegos risks, but failed at multiple junctures to take decisive and urgent action to address them,” the report added.

In a statement, Credit Suisse chairman António Horta-Osório, who joined the bank in April following a decade at the helm of Lloyds (LLDTF), said the Swiss bank had already taken “a series of decisive actions” to strengthen risk oversight.

“We are committed to developing a culture of personal responsibility and accountability, where employees are, at heart, risk managers,” he added.

The more conservative approach to risk is already weighing on its investment bank, which suffered a 41% decline in revenue in the second quarter compared with a year earlier. Credit Suisse on Thursday reported a 78% decline in profit for the period, which follows a loss in the first quarter attributable to Archegos.

It said that the findings of a separate investigation into its relationship with failed UK supply chain finance firm Greensill Capital would be published in the coming months.

CEO Thomas Gottstein said the bank took the Archegos and Greensill events “very seriously” and was “determined to learn all the right lessons.”

You were seeing double this week: A spectacular $54 million compound featuring two equally luxurious mansions separated by a private lake in Southwest … END_OF_DOCUMENT_TOKEN_TO_BE_REPLACED

Taylor Heinicke #4 of the Washington Football Team celebrates after defeating the Seattle Seahawks at FedExField on November 29, 2021 in Landover, … END_OF_DOCUMENT_TOKEN_TO_BE_REPLACED

Members of the Ukrainian Police force, Larisa, 31, and Roman, 30, get married at a wedding hall at an expo center in Kyiv, Ukraine, on … END_OF_DOCUMENT_TOKEN_TO_BE_REPLACED