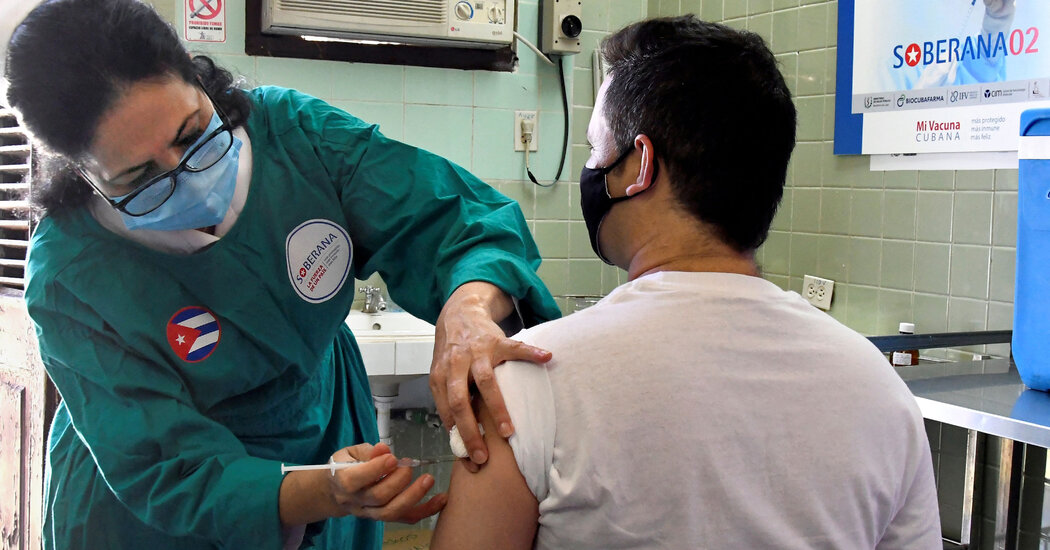 HAVANA — Cuba began a mass vaccination campaign on Wednesday in the capital, Havana, where authorities aim to eventually vaccinate 1.7 million people. The campaign is using homegrown vaccines that have not yet been shown to work, an emergency step intended to blunt the rapid spread of the coronavirus.

The country’s decision to deploy unproven vaccines mirrors the early introduction of vaccines in Russia, China and India, where regulators permitted mass vaccination campaigns to begin before the completion of Phase 3 clinical trials, which assess the vaccines’ effectiveness and safety.

In Florida, news reports critical of the Cuban government accused it of jumping the gun and endangering public health. American and European health regulators do not allow vaccines to be introduced, even for emergency use, until Phase 3 clinical trials are completed.

hard for Cuba to do business with foreign suppliers and complicating international humanitarian initiatives to donate syringes to the island, which needs about 20 million more to vaccinate the whole country.

Of the 90 coronavirus vaccines around the world currently in clinical trials, five were developed in Cuba, the smallest country to develop and produce its own vaccines.

“We will probably be the first country to immunize its whole population with its own vaccine,” said Dr. Eduardo Martínez, president of BioCubaFarma, the state conglomerate overseeing vaccine development and production.

The Bay Area is the last place in the U.S. with rental prices below pre-pandemic levels, according to a new report from Apartment List. That seems … END_OF_DOCUMENT_TOKEN_TO_BE_REPLACED

BUCHA, Ukraine — A breeze rustles through the cherry blossoms in bloom on almost every block in this small city, the white petals fluttering onto … END_OF_DOCUMENT_TOKEN_TO_BE_REPLACED