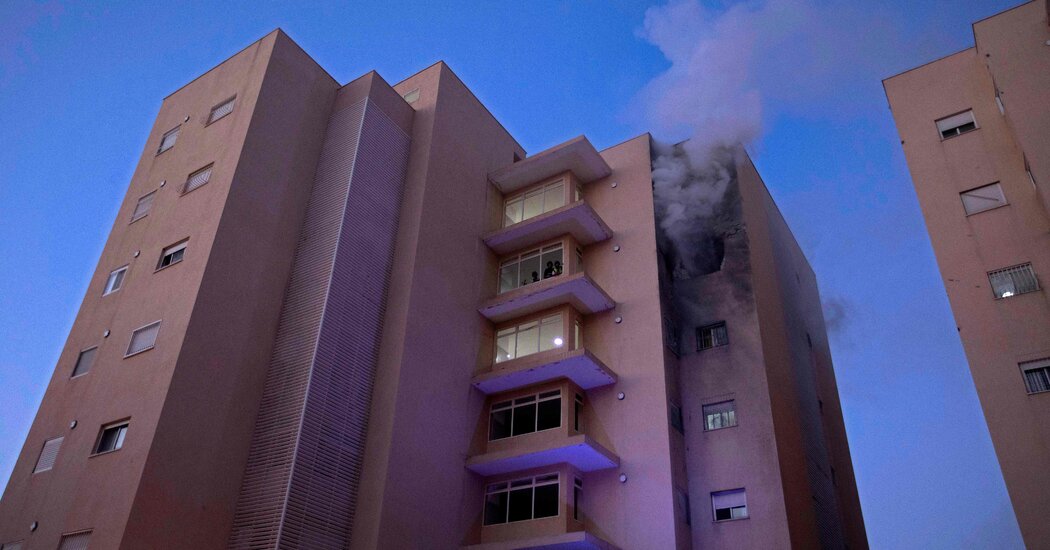 SDEROT, Israel — A neighbor had tied an Israeli flag to a lamppost and set up a small memorial monument in Mishol Struma Street, a quiet cul-de-sac of this rocket-torn Israeli town, which lies less than a mile from the Gaza border.

It was 1:30 p.m. on Friday, and a little boy from the street was being laid to rest a few miles to the north. Ido Avigal, 5, had been killed two days earlier, when a rocket from Gaza made a direct hit on a building next door to his aunt’s apartment building, where he was visiting with his mother and older sister.

The news of his death, accompanied in many reports by a photo of the dark-eyed boy in a Teenage Mutant Ninja Turtles suit, was wrenching enough. But what made it all the more unsettling, even for a town that has suffered 20 years of rocket attacks, was that when the rocket fell, at about 6 p.m. on Wednesday, an incoming rocket alert siren had provided a few seconds of warning and Ido had been sheltering in a fortified safe room that was meant to protect him from harm.

In a freak accident, a piece of shrapnel managed to puncture the steel shutter and thick glass window of the shelter in his aunt’s third-story apartment.

It was the first such death in a fortified safe room that anybody could recall.

“So should we not trust the safe room now?” asked Andrei Mardachayev, 38, who lives in a building about 250 yards away and had come to view the damage with his wife, Irit, and three young children.

“No, no, don’t say that,” Ms. Mardachayev said. “We still have to go in it when the siren goes off.”

Israel prides itself on the protection it provides for its citizens. Social resilience and minimized civilian casualties also give the government and the military more space and time to execute wars.

In the current round of fighting, which began on Monday, militant groups in Gaza have fired more than 2000 rockets into Israel, more than 600 of them aimed at Sderot, the Israeli military said. Israel has pummeled Gaza with hundreds of airstrikes and artillery fire. The Palestinian death toll stood at around 120 on Friday, according to health officials in Gaza. On the Israeli side, one soldier and seven civilians had been killed, a toll that included young Ido.

The Seattle Seahawks are very much still in the running for Baker Mayfield. (Photo by Stacy ... [+] Revere/Getty Images) Getty Images The Seattle … END_OF_DOCUMENT_TOKEN_TO_BE_REPLACED

(CNN) — Kim Kyung-seop recalls going to cheap bars after class with his friends, where they binged on as much makgeolli as possible. "You know the … END_OF_DOCUMENT_TOKEN_TO_BE_REPLACED