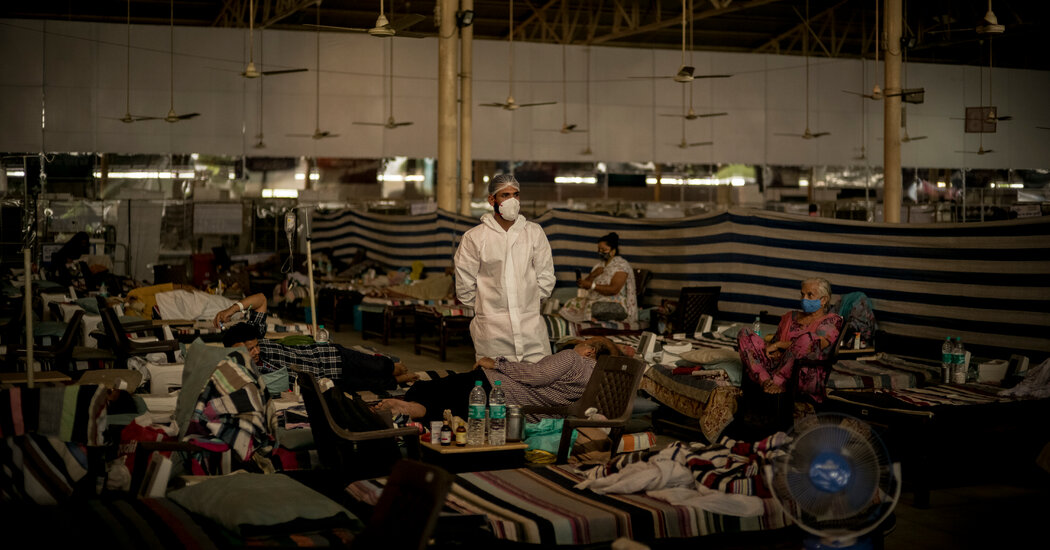 NEW DELHI — Delhi is considering relaxing its Covid-19 restrictions six weeks after a devastating coronavirus surge rocked the Indian capital, with a pledge to ramp up vaccinations to protect the city’s more than 20 million people from another wave.

But the vow came after a weekend in which city officials were forced to close vaccination centers for lack of supply, a problem plaguing the entire country as the coronavirus continues to spread. India does not have the vaccine manufacturing capacity to inoculate a big portion of its population anytime soon, while the prospect of importing new supplies from abroad has bogged down amid squabbling between the central and local governments.

As a result, any decision to lift coronavirus restrictions could be a mistake if the government allows large maskless gatherings to take place as it did before.

“The only answer is vaccination,” said Dr. Anand Krishnan, a professor of community medicine at the All India Institute of Medical Sciences in New Delhi.

health ministry reported. While India’s total of 26.8 million infections still lags behind the United States, with more than 33 million, the U.S. government has rolled out a wide vaccination campaign that has sent new infections plummeting. Only about 3 percent of India’s population has received two doses.

Experts also widely caution that India’s official numbers severely undercount new infections and deaths because of a lack of testing and other resources in a vast, developing country of 1.4 billion people.

Officials across India face pressure to reopen their local economies. Factory workers and members of the country’s vast, informal work force of shopkeepers and countless others cannot work from home and are anxious to restart their lives.

local news media on Sunday that Moderna, the American vaccine maker, had rejected its purchase request, saying the company would sell only to national governments. The company did not immediately respond to an emailed request for comment.

State governments — particularly those controlled by political factions opposed to Mr. Modi’s Bharatiya Janata Party — have been clashing with the Modi administration over vaccines and other issues, saying the central government had left them to fend for themselves.

advance purchase agreements to buy vaccines in bulk. Experts have criticized Mr. Modi and his government for the delays.

Dr. Gagandeep Kang, one of the country’s top virologists, said in a video interview on Sunday that the country was “late to the table” in buying vaccines from the international market.

Instead of competing with the rest of the world, Dr. Kang suggested that the country should invest in ramping up production of other potential vaccine candidates from Indian manufacturers that are expected to have their doses ready by the end of the year.

“I think we’ll get more doses that way,” she said.

AUSTIN, Texas--(BUSINESS WIRE)--As the first multifamily management company to be recognized in the Public Relations and Marketing Excellence Awards, … END_OF_DOCUMENT_TOKEN_TO_BE_REPLACED

There have been whispers of cooling housing and rental prices in the San Francisco Bay Area, but that hasn't yet translated into practical, noticeable … END_OF_DOCUMENT_TOKEN_TO_BE_REPLACED

Cars pass in Independence Square at twilight in Kyiv, Ukraine, Monday, Oct. 31, 2022. Rolling ... [+] blackouts are increasing across Ukraine as the … END_OF_DOCUMENT_TOKEN_TO_BE_REPLACED