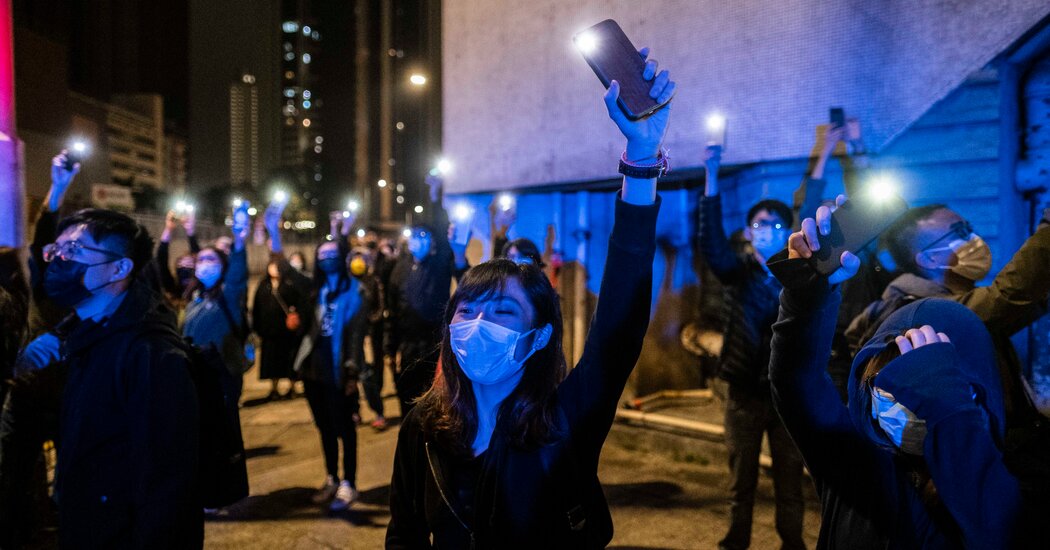 BEIJING — When Beijing set out last summer to quash resistance to its rule in Hong Kong, it imposed a national security law that empowered the authorities to arrest scores of democracy advocates and sent a chill over the city.

Now, less than a year later, China wants nothing less than a fundamental overhaul of the city’s normally contentious politics.

Zhang Yesui, a senior Communist Party official, announced on Thursday that China’s national legislature planned to rewrite election rules in Hong Kong to ensure that the territory was run by patriots, which Beijing defines as people loyal to the national government and the Communist Party.

Mr. Zhang did not release details of the proposal. But Lau Siu-kai, a senior adviser to the Chinese leadership on Hong Kong policy, has said the new approach is likely to call for the creation of a government agency to vet every candidate running not only for chief executive but for the legislature and other levels of office, including neighborhood representatives.

National People’s Congress, indicated that political turmoil in recent years had created the need to change the territory’s electoral system to ensure a system of “patriots governing Hong Kong.”

He defended Beijing’s right to bypass local officials in Hong Kong in enacting such legislation, just as the central government did in imposing the national security law in June. The congress will discuss a draft plan for changes to the electoral system when it gathers for a weeklong session starting on Friday.

with conspiracy to commit subversion after they organized an election primary in July.

The democracy campaigners had hoped to win a majority in the local legislature in elections last September, then block government budgets, a move that could force Carrie Lam, Hong Kong’s leader, to resign. The government later postponed those elections. But the city’s prosecutors said the activists’ strategy of trying to oust the chief executive amounted to interfering with government functions, an offense under the security law.

Opposition politicians have defended their tactics as legitimate and commonplace in democratic systems and argue that they are merely fighting to preserve the city’s relative autonomy, promised under a policy known as “one country, two systems.”

But some of Beijing’s staunchest allies in the city have accused the pro-democracy camp more broadly of putting Hong Kong’s future at risk by testing the Chinese government’s limits and forgetting that the city was not an independent country.

“We are not another Singapore,” said Leung Chun-ying, a former chief executive of Hong Kong, in a statement. “In Hong Kong, by pushing on the democracy envelope too far, and by attempting to chip away the authority of Beijing, in for example appointing the chief executive, many of the so-called democrats have become, in practice, separatists.”

Ronny Tong, a former pro-democracy lawmaker who now serves in the cabinet of Hong Kong’s chief executive, said he hoped Beijing would not make it impossible for opposition figures to run for office.

“If you were to overdo it, which is something I don’t want to see, we would become a one-party legislature,” he said. “That wouldn’t be in line with the spirit of one country, two systems, and therefore I have cautioned restraint to whoever wishes to listen.”

Still, he acknowledged that Hong Kong officials had little role to play. “We just have to wait and see.”

GREENVILLE, N.C.--(BUSINESS WIRE)--Employers aiming to win the war on talent have a new “A” team to tap into: college and professional athletes. … END_OF_DOCUMENT_TOKEN_TO_BE_REPLACED

Mortgage rates are likely to rise in July, extending a seven-month streak. High inflation, and the Federal Reserve's efforts to control it, have … END_OF_DOCUMENT_TOKEN_TO_BE_REPLACED