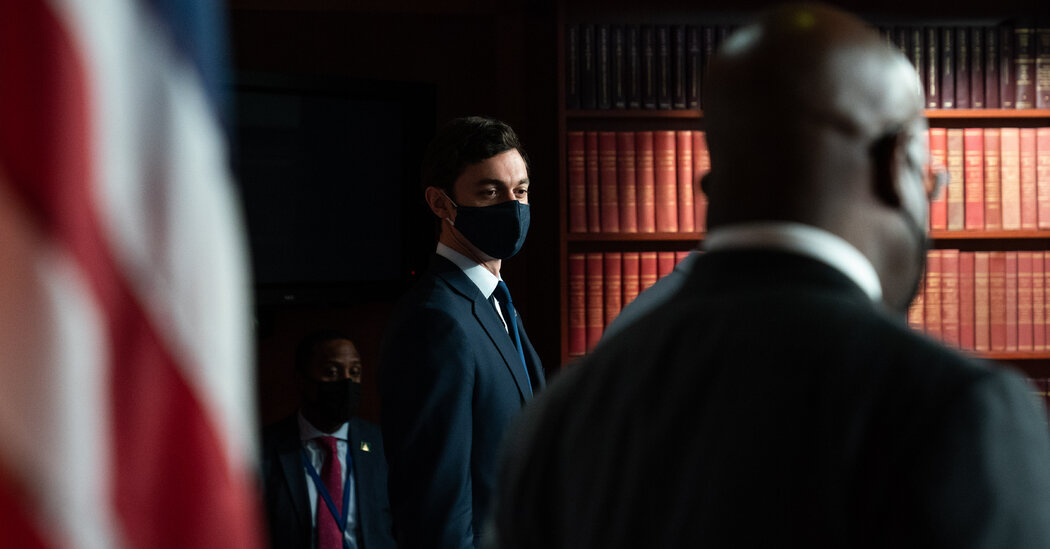 WASHINGTON — President Biden’s carefully worded statement on Monday supporting a cease-fire between Israelis and Palestinians came amid growing pressure within his own party for the United States to take a more skeptical stance toward one of its closest allies.

Mr. Biden’s urging of a halt to the fighting — tucked at the end of a summary of a call with Prime Minister Benjamin Netanyahu of Israel — followed a drumbeat of calls from Democratic lawmakers across the ideological spectrum for his administration to speak out firmly against the escalation of violence. It reflected a different tone than the one members of Congress have sounded during past clashes in the region, when most Democrats have repeated their strong backing for Israel’s right to defend itself and called for peace, without openly criticizing its actions.

The push is strongest from the energized progressive wing of the party, whose representatives in the House, like Alexandria Ocasio-Cortez of New York, have drawn attention in recent days for accusing Israel of gross human rights violations against Palestinians and of operating an “apartheid state.” But their intensity has obscured a quieter, concerted shift among more mainstream Democrats that could ultimately be more consequential.

Though they have no intention of ending the United States’ close alliance with Israel, a growing number of Democrats in Washington say they are no longer willing to give the country a pass for its harsh treatment of the Palestinians and the spasms of violence that have defined the conflict for years.

a letter on Friday that stood by Israel but also said Palestinians “should know that the American people value their lives as we do Israeli lives,” AIPAC quietly worked behind the scenes to discourage lawmakers from signing.

Republicans have also seen a political advantage in trying to use the most extreme statements from progressive Democrats to try to peel Jewish voters away from the party.

Senator Mitch McConnell of Kentucky, the minority leader and a vocal supporter of Israel, condemned Ms. Ocasio-Cortez on Monday for her description of Israel as an “apartheid state” and urged the president to “leave no doubt where America stands.”

wrote on Twitter. (Mr. Yang later released a new statement saying that his first was “overly simplistic” and “failed to acknowledge the pain and suffering on both sides.”)

That has left some of Israel’s most vocal traditional allies in the party in an awkward position.

Mindful of the crosscurrents in his party and home state, where he faces re-election next year, Senator Chuck Schumer of New York, the majority leader, has been largely silent since the fighting broke out. Like Mr. Menendez, Mr. Schumer voted against the Iran nuclear deal, and he represents the largest Jewish population in the country, ranging from secular progressives to politically conservative Orthodox communities.

In response to a question asked by a reporter at the Capitol on Monday, Mr. Schumer said, “I want to see a cease-fire reached quickly, and mourn the loss of life.”

The Seattle Seahawks are very much still in the running for Baker Mayfield. (Photo by Stacy ... [+] Revere/Getty Images) Getty Images The Seattle … END_OF_DOCUMENT_TOKEN_TO_BE_REPLACED

(CNN) — Kim Kyung-seop recalls going to cheap bars after class with his friends, where they binged on as much makgeolli as possible. "You know the … END_OF_DOCUMENT_TOKEN_TO_BE_REPLACED