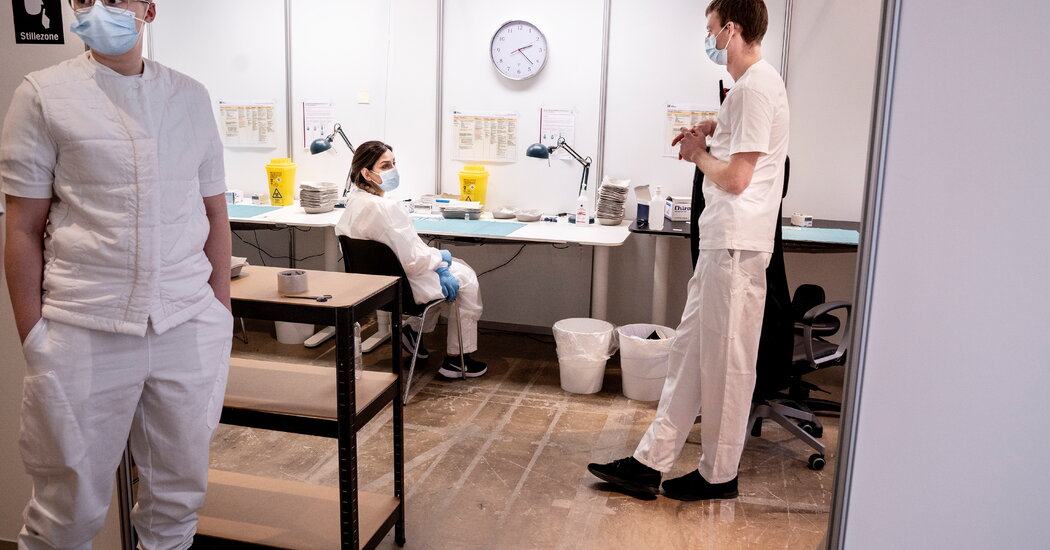 Denmark suspended the use of the AstraZeneca vaccine because of concerns about links to an increased risk of blood clots, the Danish Health Authority announced on Thursday.

All use of the vaccine is now halted for at least 14 days after several severe cases of clots were reported among people who had received the shot, the national broadcaster DR reported.

The Danish Medicines Agency said in a statement that it was investigating the death of a person vaccinated with the AstraZeneca shot who developed a blood clot.

The Danish minister of health, Magnus Heunicke, posted a message on Twitter confirming that the use of the AstraZeneca vaccine had been suspended, “following a signal of possible serious side effects in the form of fatal blood clots.”

pointed to several such cases reported across Europe and said that it would await further investigation by the European Medicines Agency, the drug regulatory body for the European Union.

the European agency said there was no indication that two Austrian cases — one in which a patient died after blood clots formed and another in which a patient was hospitalized with a similar condition — were related to the use of the vaccine.

The use of the specific batch of the vaccine that led to the cases in Austria was suspended in the country, and subsequently also in Estonia, Latvia, Lithuania and Luxembourg. The European Medicines Agency said a quality defect was “unlikely” but said that the batch would be investigated further.

Soren Brostrom, director of the National Board of Health in Denmark, said: “We are in the middle of the largest and most important vaccination rollout in Danish history. And right now we need all the vaccines we can get. Therefore, putting one of the vaccines on pause is not an easy decision.”

“But precisely because we vaccinate so many,” he added, “we also need to respond with timely care when there is knowledge of possible serious side effects.”

The poshest place in California's Coachella Valley is The Madison Club. This exclusive gated community in La Quinta is where A-listers and tycoons … END_OF_DOCUMENT_TOKEN_TO_BE_REPLACED

KOROPY, Ukraine — Four men tugged at long strips of fabric to lift a coffin out of the gaping hole in the backyard of a small house. They flung the … END_OF_DOCUMENT_TOKEN_TO_BE_REPLACED