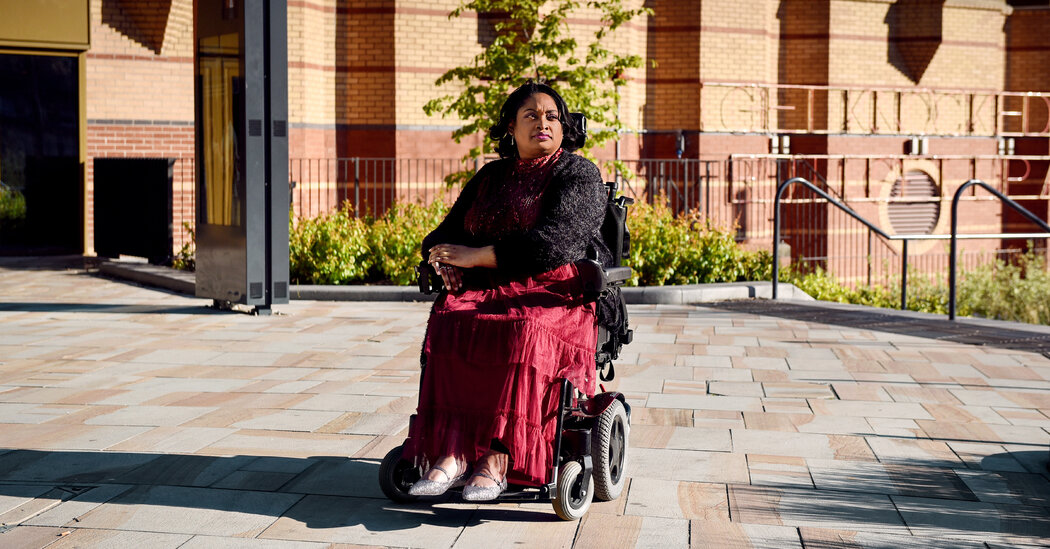 LONDON — Before the pandemic hit Britain last year, Michelle Hedley could only go to her local theaters in the north of England if they happened to be doing a captioned performance.

That happened five times a year — at best, said Hedley, who is deaf.

But during the pandemic, suddenly, she could watch musicals all day and night if she wanted, as shuttered theaters worldwide put shows online, often with subtitles. “I started watching anything and everything simply because I could!” Hedley, 49, said in an email interview. “Even subject matters that bored me!”

“I viewed more theater than I had done (it felt like) in a lifetime,” she added.

22 percent of England’s population and have diverse requirements — such as wheelchair access, audio description or for “relaxed” performances where audiences are allowed to make noise — this moment is causing more mixed reactions. Some fear being forgotten, and that struggling venues will concentrate on producing in-person shows and forgo online offerings, or cut their in-person services for disabled people.

There is little evidence of that so far, and some venues say they will continue to include disabled people, but the real effect of venues’ reduced budgets won’t become clear for months.

“I will be forced to go back to being grateful for just five shows a year,” Hedley said. “It is very frustrating.”

Others are concerned, too. “I just have this sense of being left behind with people being so euphoric that they can do things in the flesh again,” Sonia Boué, an artist who is autistic, said in a telephone interview.

Before the pandemic, Boué, 58, would only visit museums if she was convinced a show would be worth the huge amount of energy the experience took. Getting the train from her home in Oxford to London could be overwhelming, she said, as could dealing with crowds in a packed museum. “I’ve been in situations when I’ve just wanted to throw myself down on a station platform and lose it,” she said.

the painter Tracey Emin and the photographer Jo Spence, she said, with both influencing her own art. “The whole experience was so rich and wonderful,” Boué said.

emergency funding from the government.

Some high-profile venues have said they will keep working to include disabled people as they reopen. Kwame Kwei-Armah, the artistic director of the Young Vic theater in London, told The Guardian in May he wanted to livestream at least two performances of all future shows, with viewers limited to about 500 per stream, mimicking the theater’s capacity. The Young Vic intends to guarantee some of those tickets for disabled people, a spokeswoman said in an email. On Friday, the Almeida, another London theater, said it would film and released digitally its next season’s shows “where possible” but gave no further details.

But for regional theaters that are coming off a year without ticket sales, streaming may not always be possible. “It’s a huge financial outlay, making films, so you really need to think about it from the start,” Amy Leach, the associate director of Leeds Playhouse, said in a phone interview. She hoped her theater would do that for future work, she said.

People’s concerns are not just about cuts to streaming. Jessica Thom, a performer and wheelchair user who’s made work about her Tourette’s syndrome, said in a telephone interview that she was worried that some venues may see online shows as an accessibility alternative to offering the relaxed performances she loved to go to, where people were free to move around or make noise. “The anxiety about being written out is real,” she said.

Graeae, Britain’s leading deaf and disabled-led theater company, as well as “The Unknown” for Leeds Playhouse (streaming until June 5).

She has been helped in such work by being able to have meetings and rehearsals virtually. “My experiences have been incredibly inclusive,” she said, “and I think a lot of us are having the same concerns about ‘Will we go back to old ways of working, when we’re told we need to be in the room?’”

like the Globe in London, have started offering in-person performances with audio description, Wood said. But she won’t be able to attend for months. “I worked out the other day I’d need to be guided by about 25 people to go from my home to a London theater,” she said. “I can’t tell if someone is wearing a mask or not, I can’t keep distance, so I don’t feel ready,” she added.

Many other disabled people feel similarly anxious about attending events in person, she said, having been disproportionately affected by the pandemic. She was worried theaters might cut back on services assuming there isn’t demand, even if the trend for that hasn’t happened yet.

Six British museums and theaters said in emails they intended to maintain provisions for disabled audiences, and not cut back. Andrew Miller, a campaigner who was the British government’s disability champion for arts and culture until this spring, said many institutions would be hard pressed to “wriggle” out of commitments even if they for some reason wanted to, as much funding in Britain comes with a requirement to expand access. But future funding cuts could make the situation “messy,” he said. “There is a genuine worry there’ll be significantly less investment,” he added.

Boué said she just hoped British theaters and museums kept disabled people in mind. It should be easier than ever to identify with disabled people, she said. When the first lockdown hit, “it was this jaw dropping moment when everyone felt completely immobilized and like they didn’t have the freedoms they’d always taken for granted,” she said.

For once, “it was like disability was really everyone’s problem,” she added.

SAN FRANCISCO — Cleve Jones has lived in the Castro neighborhood for nearly 50 years, almost from the day he graduated from high school in Phoenix and … END_OF_DOCUMENT_TOKEN_TO_BE_REPLACED

A home inspection can spare you from unpleasant surprises after you buy. After crunching the numbers, searching your favorite neighborhoods, and … END_OF_DOCUMENT_TOKEN_TO_BE_REPLACED