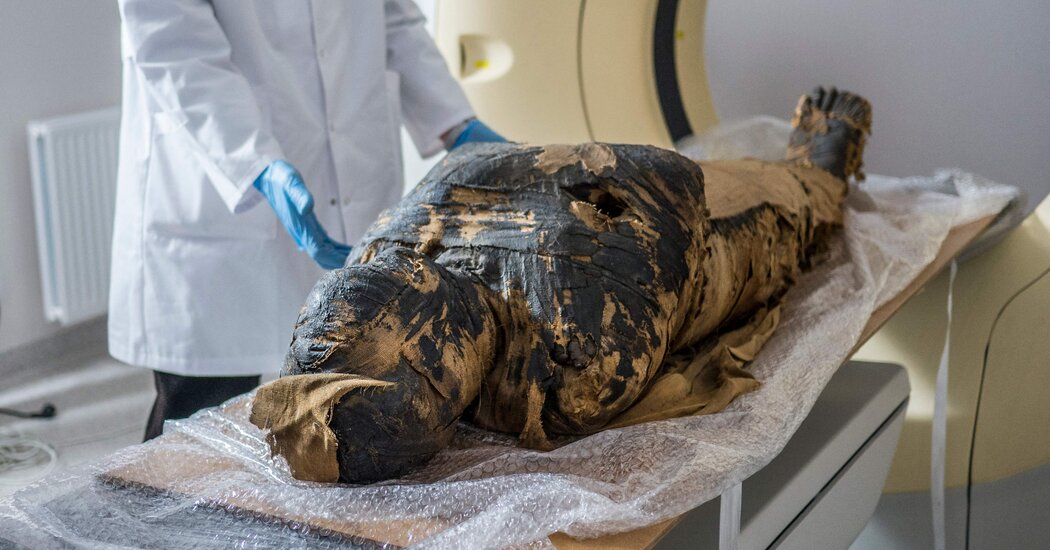 An Egyptian mummy that for decades was thought to be a male priest was recently discovered to have been a pregnant woman, making it the first known case of its kind, scientists said.

Scientists in Poland made the discovery while conducting a comprehensive study, which started in 2015, of more than 40 mummies at the National Museum in Warsaw, said Wojciech Ejsmond, an archaeologist and a director of the Warsaw Mummy Project, which led the research.

The findings were published last month in The Journal of Archaeological Science. “It was absolutely unexpected,” Dr. Ejsmond said.

Papyrus from around 1825 B.C., revealed that materials such as honey and crocodile dung were used as contraceptives.

Dr. Nagel said about 30 percent of infants died within their first year of life during ancient times. After learning of the discovery of the pregnant mummy, he said he was intrigued about what further study could reveal about Egyptian beliefs concerning the afterlife of unborn children.

Further research is needed to learn more about the health of the pregnant mummy. That could require taking microsamples of soft tissue, Dr. Ejsmond said.

“It’s a very small amount of soft tissue, so one will not see any difference on the mummy, but still we’re interrogating into the structure of the object,” he said.

Scientists hope that publishing their findings can attract attention from physicians and experts in other fields to help in the next stage of research.

“This is a good base to start a bigger project about this mummy,” Dr. Ejsmond said, “because this will require a lot of experts to make decent interdisciplinary research.”

BOGOTÁ, Colombia — A prominent former commander of Colombia’s largest guerrilla group, who was known by the nom de guerre Jesús Santrich, has been … END_OF_DOCUMENT_TOKEN_TO_BE_REPLACED

RAMALLAH, West Bank — Hundreds of thousands of Palestinian citizens of Israel stopped work for the day on Tuesday, as did other Palestinians across … END_OF_DOCUMENT_TOKEN_TO_BE_REPLACED