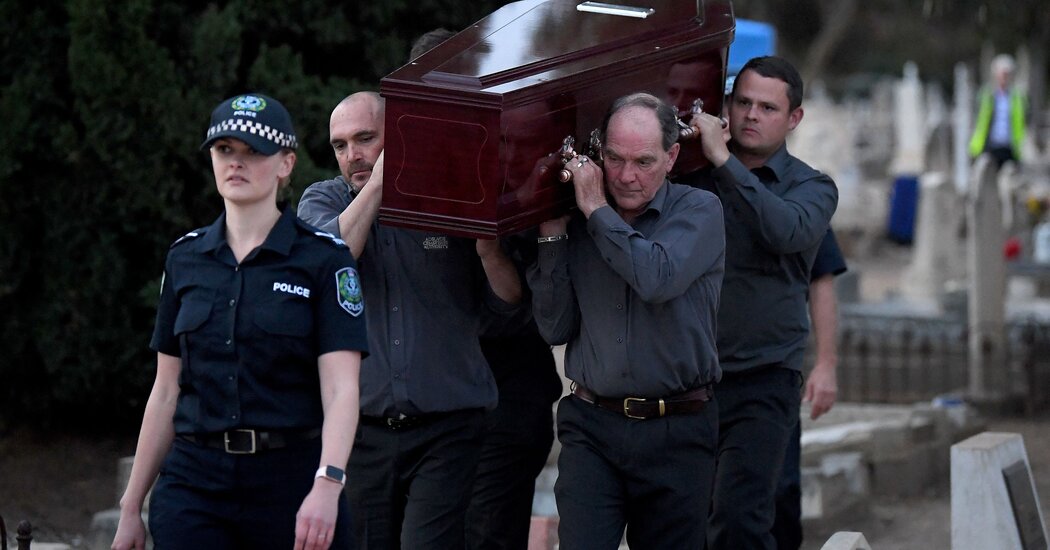 No one knows how the so-called Somerton man, found well-dressed and dead with a half-smoked cigarette on his lapel, wound up on the beach in South Australia where he was found. No one knows what he was doing there, or even how he died.

This week, after he had spent decades puzzling investigators in Australia and amateur sleuths around the world, his remains were exhumed for what might be the best chance of identifying the man in 72 years.

Called the Somerton man after the beach where he was found in December 1948, the man has proved to be one of Australia’s strangest and most famous cold cases. Should the authorities be able to extract usable DNA from his remains, they could potentially put to rest decades of speculation about whether he was a poisoned spy, a disguised black marketer, a former ballet dancer, a spurned lover or simply the victim of a natural but public death.

“For more than 70 years people have speculated who this man was and how he died,” Vickie Chapman, the attorney general of South Australia, said in a statement this week. “It’s a story that has captured the imagination of people across the state, and, indeed, across the world — but I believe that, finally, we may uncover some answers.”

strange mysteries of the 20th century, the case of the Somerton man has baffled investigators and drawn more than its fair share of internet sleuths, attracted by both the glaring unknowns — the cause of death, for one — and the uncanny assortment of clues that investigators did turn up.

“What makes this kind of go viral is, I think, just all the strange things,” said Derek Abbott, a professor of biomedical engineering at the University of Adelaide who has spent over a decade studying the case. “It kind of just gives you that creepy shiver down your spine.”

concluded that it did not have the sophistication of a code and that the letters were more likely the first letters of words in English.

the rabbit hole.” In 2009 he tried to track down Mrs. Thomson for an interview but found that she had died two years earlier. She had a son who had been a professional ballet dancer, Dr. Abbott learned, and photos showed he had distinctive teeth and ears similar to the Somerton man’s.

But he died in 2009, months before Dr. Abbott could reach him. He had a daughter, named Rachel Egan, and Dr. Abbott was able to schedule an interview with her.

To their surprise, they fell for each other, and married in 2010. (“He begged me,” she said, which Dr. Abbott disputed.)

relatives of Thomas Jefferson) as well as the grandparents of the man that Jo Thomson eventually married.

49ers legend Joe Montana has put his Napa Valley estate back on the market — this time with a more than $4 million price cut.The sprawling villa and … END_OF_DOCUMENT_TOKEN_TO_BE_REPLACED