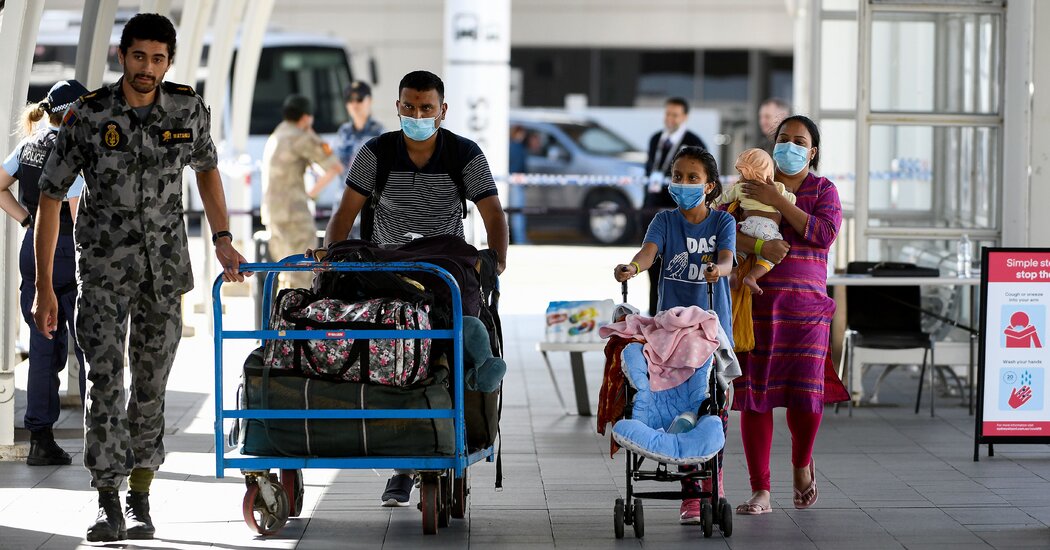 To prevent a new wave of infections in Australia, about 8,000 Australia citizens and residents are banned from returning home from India as of Monday.

The travel ban is believed to represent the first time Australia has made it a criminal offense for its own citizens and permanent residents to enter the country.

“I never expected this to happen,” said Drisya Dilin, an Australian hospital administrator whose 5-year-old daughter has been in India for over a year because of strict border policies, despite many attempts to bring her home.

Much of the world has decided to cut off travel to and from India as it grapples with an uncontrolled outbreak that is killing thousands of people every day. But Australia, a continent with a strong preference for hard borders, has pushed isolation to a new extreme. No other democratic nation has issued a similar ban on all arrivals. Britain, Germany and the United States, for example, have restricted travel from India, but have exempted citizens and permanent residents, many of whom are rushing home.

medical oxygen; and where crematories are burning day and night amid a deluge of bodies.

Australian officials said the new restrictions, with penalties of up to five years in prison and nearly 60,000 Australian dollars ($46,300) in fines, would keep its hotel quarantine system from being overwhelmed.

If you’ve ever dreamed of a quiet life on a boat in Alaska, this new waterfront listing can help you realize that vision.Of course, there's always … END_OF_DOCUMENT_TOKEN_TO_BE_REPLACED