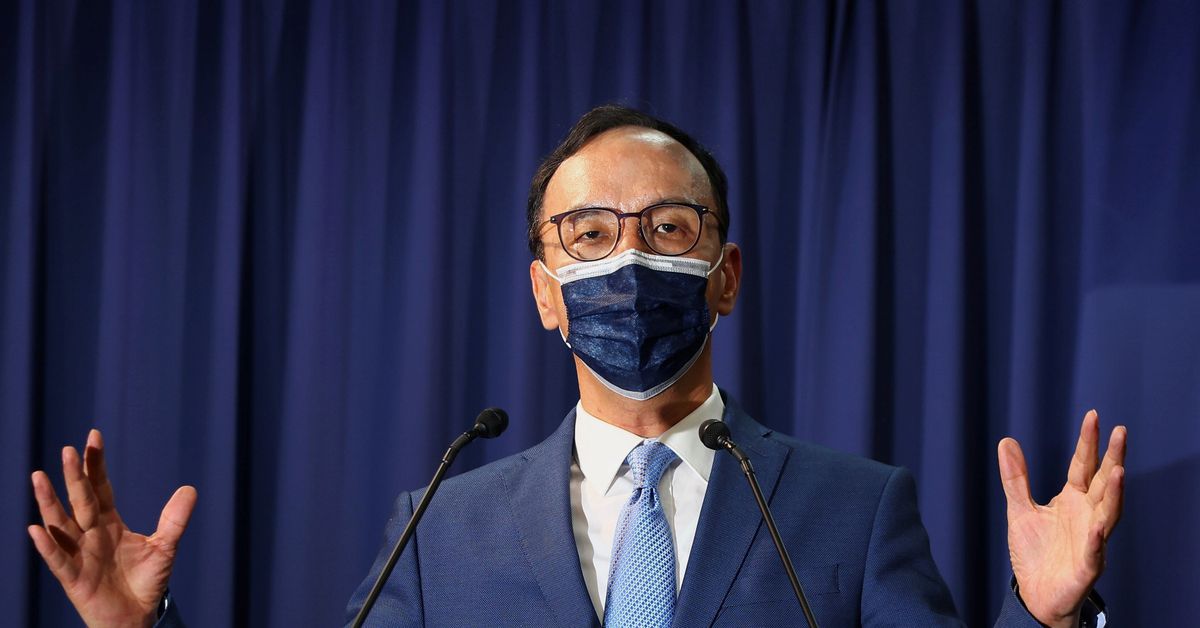 TAIPEI, June 7 (Reuters) – It is wrong to label Taiwan’s main opposition party the Kuomintang (KMT) as being pro-China as it has always been pro-U.S. and is dedicated to defending the island though also to talking to Beijing, its chairman said in Washington.

The KMT ruled China until fleeing to Taiwan in 1949 after losing a civil war to the Communists. It has traditionally favoured close ties with Beijing, which has increasingly set it at odds with most Taiwanese, who feel little in common with autocratic China.

The KMT badly lost presidential and parliamentary elections in 2020, having failed to shake accusations from the governing Democratic Progressive Party it would sell out Taiwan to Beijing.

Speaking late Monday Taipei time at the Brookings Institution during a visit to Washington, KMT Chairman Eric Chu decried those who call them pro-China.

“We are mislabelled by some people, some media says we are a pro-China party – it’s totally wrong. We are a pro-U.S. party, forever,” he said, speaking in English.

Taiwan needs to have strong defences, added Chu, who assumed his current role in September on a promise to revitalise party fortunes. read more

“If you want peace, you have to prepare for war. Self-defence is the number one for peace and stability.”

Chu, soundly defeated by current President Tsai Ing-wen when he ran for the presidency in 2016, is a possible candidate for the next presidential vote in 2024, though he has not announced an intention to run.

He reiterated the party’s support for engagement with China, which claims Taiwan as its own territory, to ensure stability.

Beijing has ramped up its military activities near Taiwan over the past two years or so, and refused to speak to Tsai who it views as a separatist.

Tsai says they want talks with Beijing, but as equals, and that only Taiwan’s people can decide their own future.

Chu said Taiwan can help the West better understand China, and be a model for its giant neighbour.

“Taiwan can have democracy, why not China some day? We have to wait for this to happen, but we need Taiwan as a model.”

An affordable center-chimney Colonial in Glastonbury, CT, is the oldest property to hit the market this week on Realtor.com®.Offered at a steep … END_OF_DOCUMENT_TOKEN_TO_BE_REPLACED

Nissan was one of the early pioneers of the electric car. The Leaf has now sold over 600,000 units worldwide since its launch in 2011 and is still … END_OF_DOCUMENT_TOKEN_TO_BE_REPLACED

RUDNE, Ukraine — Yurii Brukhal, an electrician by trade, didn’t have a very dangerous role when he volunteered for Ukraine’s territorial defense … END_OF_DOCUMENT_TOKEN_TO_BE_REPLACED