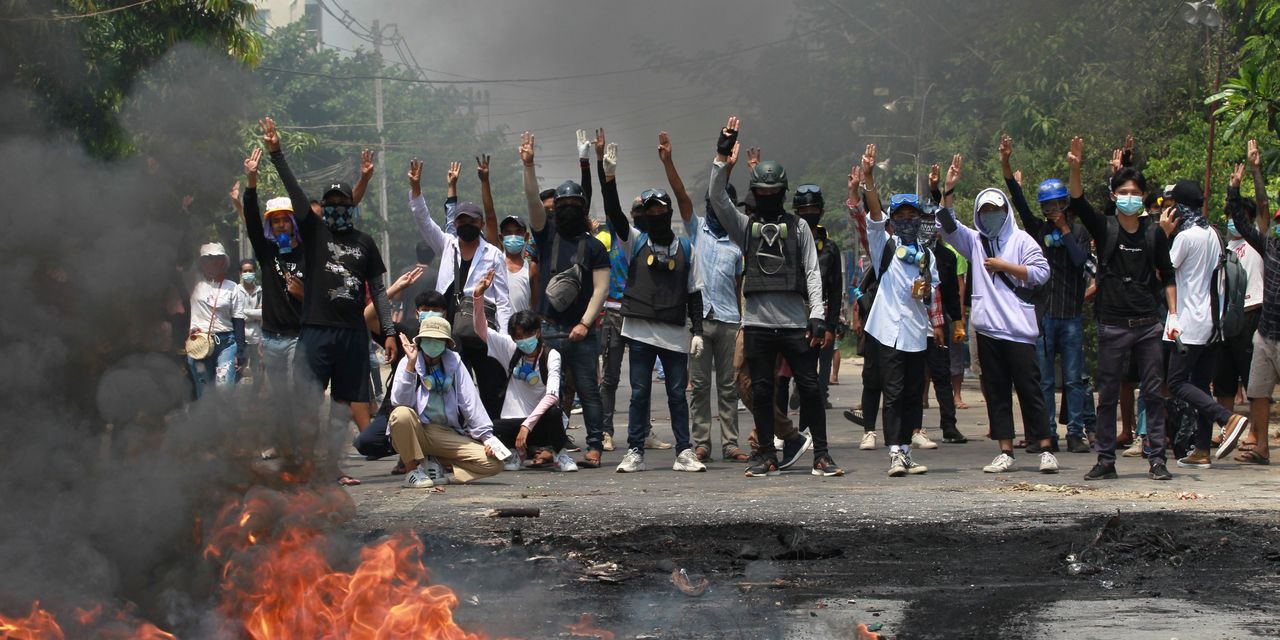 On a day when Myanmar’s commander in chief, who seized power in a coup last month, vowed in a speech at a military parade “to protect people from all dangers,” soldiers and police under his control gunned down dozens of men, women and children as they continue a ruthless campaign to suppress widespread opposition to army rule.

Demonstrations began a week after the Feb. 1 takeover, which abruptly ended Myanmar’s decadelong shift toward democracy. They have continued every day since as protesters demand that elected government be restored. A civil disobedience movement has brought large parts of the economy to a standstill, with civil servants, factory workers, shopkeepers, bank staff and others refusing to go to work in an effort to push the military to give up power.

Soldiers have responded by shooting citizens in the streets. The U.N.’s Human Rights office said Saturday that it had received reports of scores of people killed and hundreds injured across 40 locations in the country. A representative for the Assistance Association for Political Prisoners, a nonprofit that monitors arrests and fatalities, said at least 91 people had been killed and that the group was working to confirm the full death toll.

Before Saturday, armed forces and police had slain 328 people, according to the group. Images emerge daily of bloodied bodies with gunshot wounds and inconsolable family members cradling the corpses of their loved ones.

Write to Niharika Mandhana at niharika.mandhana@wsj.com

DONETSK REGION, Ukraine — Between the cracks of mortar fire and the metallic bangs of Russian self-detonating mines, Yurii, a Ukrainian Army medic, … END_OF_DOCUMENT_TOKEN_TO_BE_REPLACED

SAN FRANCISCO — Cleve Jones has lived in the Castro neighborhood for nearly 50 years, almost from the day he graduated from high school in Phoenix and … END_OF_DOCUMENT_TOKEN_TO_BE_REPLACED