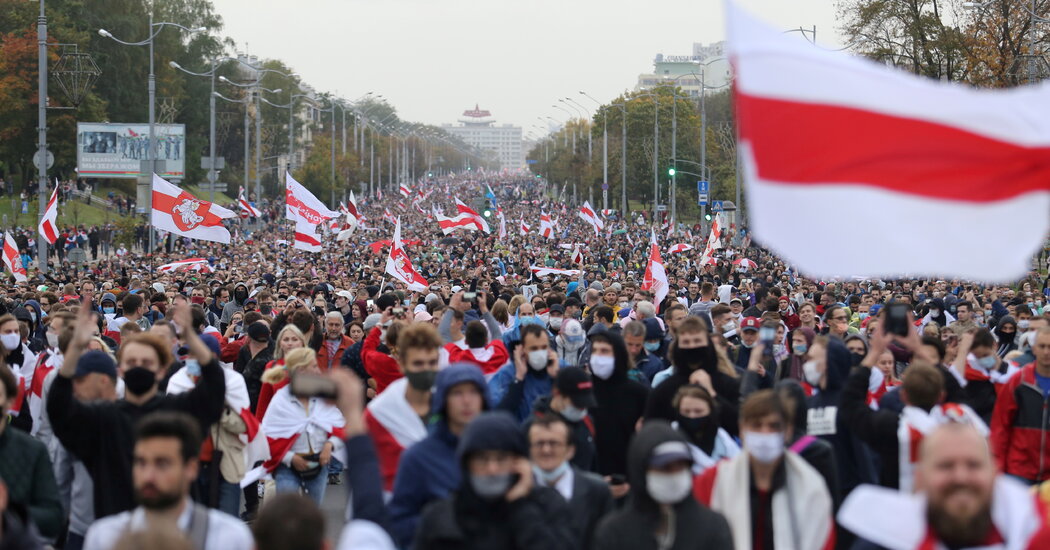 The chorus of condemnation and outrage from across the European Union swelled on Monday as leaders began discussing possible penalties they could direct at Belarus for its forcing down of a civilian passenger jet.

The actions at their disposal are, however, somewhat limited, given that there are already E.U. sanctions against Aleksandr G. Lukashenko, the brutal and erratic leader of Belarus who has clung to power despite huge protests against his government, and dozens of his immediate associates.

The options may include designating Belarusian airspace unsafe for E.U. carriers, blocking flights from Belarus from landing in E.U. airports, and imposing sanctions against the national flag carrier, Belavia.

said that the government was responding to “unprecedented threats” from Belarus and that it would push for the European Union to impose further measures.

Prime Minister Kyriakos Mitsotakis of Greece, where the flight originated, said it was critical that the European Union take determined action, especially in light of the bloc’s frequent paralysis over foreign-affairs issues, including a recent failure to agree on a statement regarding the Middle East conflict.

“Our inability to reach a consensus on recent events in Israel and Gaza — where as a union we failed to present a unified stance — must not be repeated,” Mr. Mitsotakis told The Financial Times. “The forcible grounding of a commercial passenger aircraft in order to illegally detain a political opponent and journalist is utterly reprehensible and an unacceptable act of aggression that cannot be allowed to stand.”

Ursula von der Leyen, the president of the European Commission, the bloc’s executive arm, promised action at the leaders’ summit.

“The outrageous and illegal behavior of the regime in Belarus will have consequences,” she said in a tweet Sunday evening, adding that there must be sanctions for those “responsible for the#Ryanair hijacking.”

SAN FRANCISCO — Cleve Jones has lived in the Castro neighborhood for nearly 50 years, almost from the day he graduated from high school in Phoenix and … END_OF_DOCUMENT_TOKEN_TO_BE_REPLACED

A home inspection can spare you from unpleasant surprises after you buy. After crunching the numbers, searching your favorite neighborhoods, and … END_OF_DOCUMENT_TOKEN_TO_BE_REPLACED