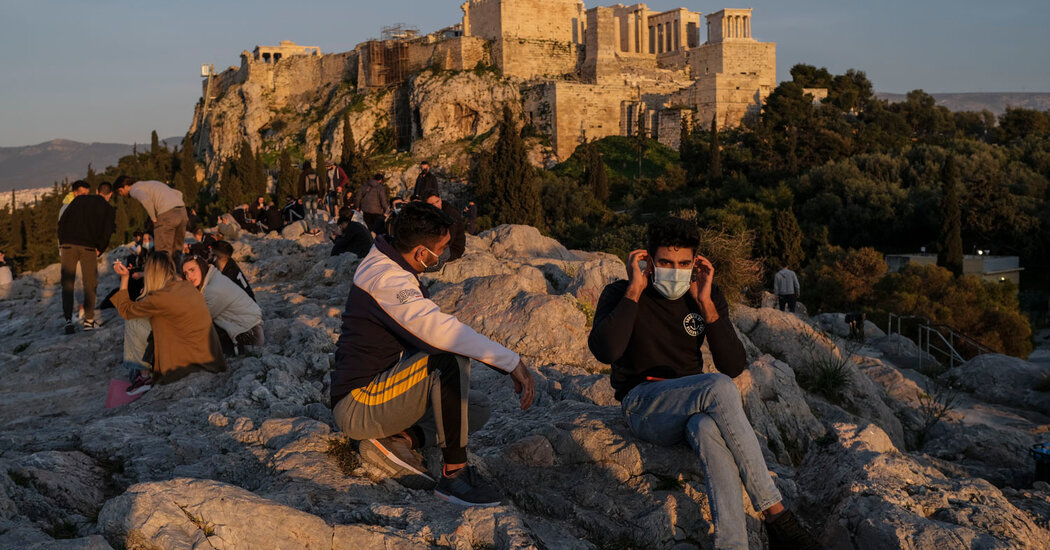 BRUSSELS — Pressed by member states desperate to save the summer tourist season, the European Union on Wednesday proposed a Covid-19 certificate that would allow people to travel more freely.

The proposed document, known as a Digital Green Certificate, would allow European residents and their family members to travel at will across the bloc, so long as they have proof of Covid-19 vaccination, a negative test result or a documented recovery from the virus.

The certificates would be free and available in digital or paper format.

“The Digital Green Certificate will not be a precondition to free movement, and it will not discriminate in any way,” Didier Reynders, the bloc’s top official for justice, said, adding that the aim was to “gradually restore free movement within the E.U. and avoid fragmentation.”

Freedom of movement is the cornerstone of the bloc, but travel restrictions are traditionally under the purview of national governments. The commission’s plan is yet another bid to coordinate what is now a chaotic patchwork of disparate national measures, significantly hindering travel within the previously borderless zone.

the largest European countries suspended the use of the AstraZeneca vaccine over reports of a few cases of serious blood clots among people who received it. The suspension could be lifted soon, but severe production problems have made millions fewer AstraZeneca doses available.

The problems have been an embarrassment for the European Union and its executive arm, the Commission, which took control of the procurement process, although member states are responsible for issuing vaccinations.

But Europeans, held under one of the longest and strictest lockdowns in the world, are experiencing a deep pandemic fatigue, further complicating the way out of the crisis.

The commission also laid out a long-term strategy to gradually lift the lockdown measures, conditional upon each country’s epidemiological situation. A judgment would be made based on simulations by the European Center for Disease Prevention and Control, the commission said.

“The situation with the virus in Europe is still very challenging,” said Stella Kyriakides, the bloc’s top health official. “It is only through a joint approach that we can return safely to full free movement in the E.U.”

The proposal does not change Europe’s current rules on external travel. The bloc has restricted nonessential travel from countries outside the bloc, with a small number of exceptions, based on infection rates. Travelers who are not E.U. residents could receive a Covid-19 certificate, but only if their visit to Europe falls under one of those exceptions.

In the meantime, some member nations are striking out on their own, eager to reopen to non-European tourists. Greece has already signed an agreement with Israel and is working on similar deals with 10 more countries, including Britain, Canada and the United States.

The Commission’s plan would need to be approved by the European Parliament and a majority of member states. The aim is to make the certificates operational by mid-June, in order to salvage the summer season.

The initial push for some form of a vaccination certificate has come from by countries heavily dependent on tourism, led by Greece, while others, including France and Germany, have been wary of the potential for discrimination between vaccinated and non-vaccinated Europeans, as well as privacy issues.

National governments have also been split over which vaccines should be included in the pass. Hungary is inoculating its citizens with the Russian Sputnik vaccine and the shot made by Sinopharm, a Chinese state-owned company, even though neither has been approved by the European Medicines Agency, and other nations are looking to do the same.

In a spirit of compromise, the commission proposed that all shots approved by the E.U. regulator should be included in the pass, but gave member states discretionary powers to recognize vaccines that have not yet been authorized in Europe.

Any discussions of the Covid-19 certificate are likely to focus on data protection and privacy rights, said Juan Fernando López Aguilar, a European socialist lawmaker from Spain. “We need to make sure that every step we make is made compatible with the fundamental rights of the citizen,” he said.

Guntram Wolff, the director of Bruegel, a research group focused on economic policy in Europe, said that verifying vaccination and testing was “absolutely essential” for reopening the tourism sector.

“Once a person is vaccinated and the evidence shows that he or she cannot transmit the virus anymore, how can you justify restricting his or her basic freedoms?” he asked.

“The E.U. has been slow, since countries disagree on what travel should be allowed,” he said. “They even disagree on which vaccines are safe.”

Phil Shell loves the Bay Area and its real estate market. He’s been building his career here as an agent over the past eight years, but even he hasn’t … END_OF_DOCUMENT_TOKEN_TO_BE_REPLACED

DS4 Cross DS The Plug-in hybrid seems the perfect answer to the electric car dilemma; battery power for all your local needs and a traditional motor … END_OF_DOCUMENT_TOKEN_TO_BE_REPLACED