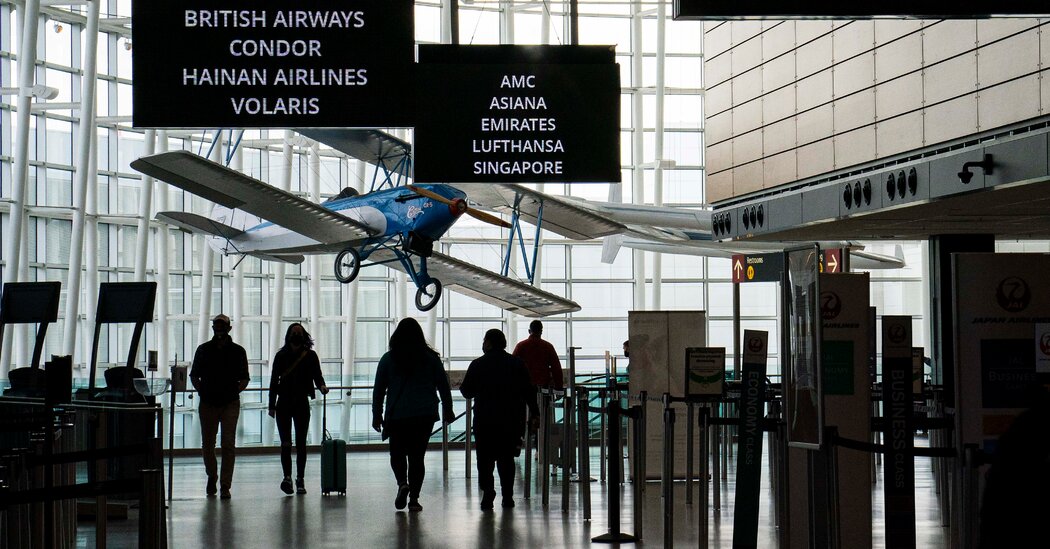 The European Union will recommend that its member states open borders to travelers who have been fully vaccinated, it said on Monday, clearing the way for the countries to welcome more visitors.

Member states are set later this week to debate the proposal, which was issued by the European Commission, the bloc’s executive arm. Visitors who have received a vaccine approved by the European Union’s drug agency would be allowed to travel freely, and individual countries could still impose tougher requirements on visitors, the proposal said.

The Commission said that if certain member states were prepared to let in visitors who had tested negative, they should do the same for vaccinated ones. Unvaccinated travelers could still be permitted, but countries could require tests or quarantines.

Yet the return of tourism, which the European Commission’s president, Ursula von der Leyen, spoke about last Sunday, would be a much-needed boon for countries, particularly those in southern Europe whose economies rely heavily on tourism but have been crippled by shutdowns.

The announcement comes more than a year after the first bans on nonessential travel from most countries to the bloc came into effect.

A handful of countries with low virus caseloads, including Australia, New Zealand and South Korea, have been exempt from the ban. The Commission said on Monday that it would expand that list by allowing in visitors — regardless of vaccination status — from countries with virus rates higher than the current limit (though still lower than the European Union average).

If member states accept the proposal, they would also be able activate an “emergency brake” mechanism to suspend all travel from outside of the bloc, the Commission said, to avoid the spread of coronavirus variants.

Countries including Greece, Spain and France have already said they will open for visitors who can show proof of a vaccination or a negative test.

Under the new proposal, visitors would be able to enter the European Union if they received the last recommended dose of an authorized vaccine at least 14 days before arrival.

Travelers would have to prove their status under a vaccination certificate program issued by the national authorities of the country they wished to travel to, according to the Commission. But until that program was in place, governments could also accept certificates from countries outside the bloc, impose quarantines or require a proof of a negative test.

The Seattle Seahawks are very much still in the running for Baker Mayfield. (Photo by Stacy ... [+] Revere/Getty Images) Getty Images The Seattle … END_OF_DOCUMENT_TOKEN_TO_BE_REPLACED

LANSING, Mich. — At least 357 sitting Republican legislators in closely contested battleground states have used the power of their office to discredit … END_OF_DOCUMENT_TOKEN_TO_BE_REPLACED