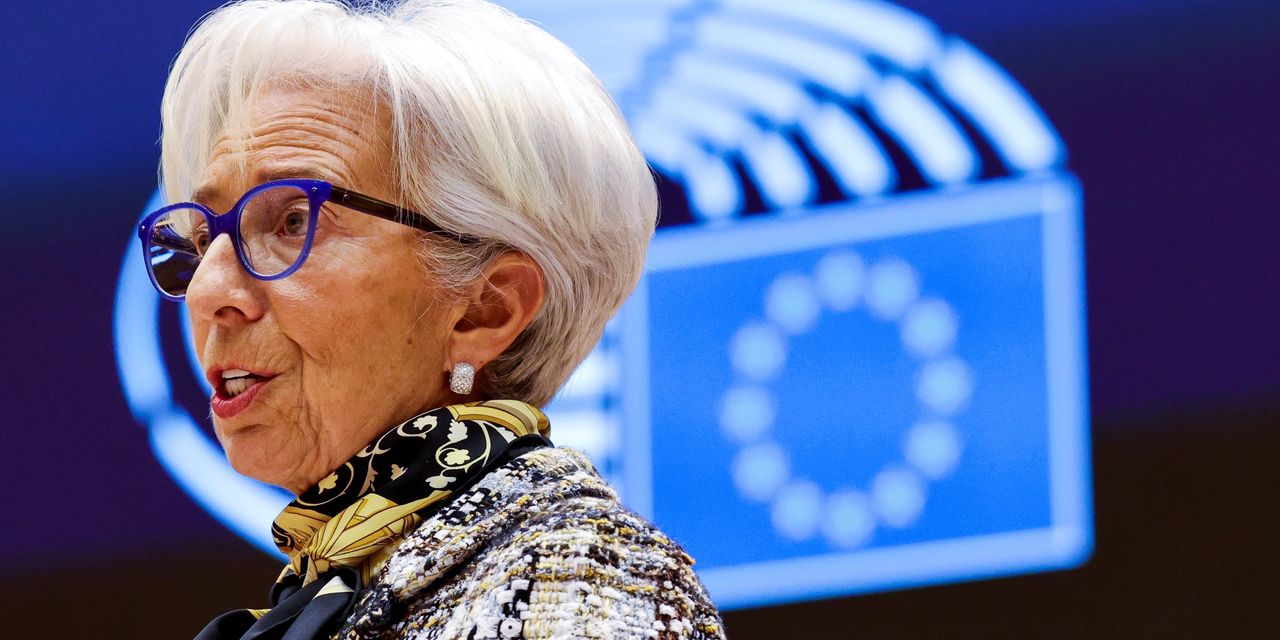 FRANKFURT—The European Central Bank said it would accelerate its purchases of eurozone debt after a recent rise in borrowing costs, a surprise decision that diverges from the Federal Reserve as it seeks to shore up the region’s flagging economy.

In a statement after its policy meeting Thursday, the ECB said it expects to conduct purchases under a €1.85 trillion bond-buying program, equivalent to $2.2 trillion, at a significantly higher pace over the next three months than earlier this year. It also left its key interest rates unchanged.

A sharp divergence in near-term economic prospects between the U.S. and the eurozone has put the ECB in a tougher spot than the Fed, which signaled recently that it wouldn’t seek to stem a rise in Treasury yields. A sluggish rollout of Covid-19 vaccines on the continent has triggered a return of social restrictions that are delaying Europe’s recovery from last year’s historic downturn, even as a $1.9 trillion fiscal stimulus looks set to turbocharge U.S. economic growth.

Meanwhile, brighter investor sentiment around the world has been pushing up global borrowing costs. That has created a headache for ECB officials, who are worried that an excessive increase in household and business financing costs could undermine the region’s recovery before it begins.

What is your forecast for the European economy in 2021? Join the conversation below.

European bond yields fell across the board after Thursday’s announcement. Italy’s benchmark 10-year bond yield declined to 0.577% from 0.681% on Wednesday, reaching the lowest level in three weeks. The yield on Germany’s equivalent bond retreated to minus 0.362%. Yields move inversely to prices.

Federal Reserve policy makers will meet on March 16-17 to consider their next move. Fed Chairman Jerome Powell last week gave no sign that the central bank would seek to stem a recent rise in Treasury yields, prompting them to rise further.

The eurozone economy is expected to grow by about 4% this year compared with 6.5% in the U.S., according to the Organization for Economic Cooperation and Development. That divergence reflects a larger U.S. fiscal stimulus and faster vaccine rollout, the OECD said this week.

While a muscular U.S. recovery could help support European exports, it also risks spilling over into higher borrowing costs in the eurozone and elsewhere as investors shift money into U.S. markets.

The ECB has twice expanded the so-called Pandemic Emergency Purchase Program in recent months, most recently to €1.85 trillion in December, and it has around €1 trillion of unused buying power. The central bank said Thursday it would continue buying bonds at least through March 2022, and was ready to alter the scale of the emergency program if necessary.

Write to Tom Fairless at tom.fairless@wsj.com

Anil G. Kumar, a civil engineer, was one of them. Around this time last year, he and his family were about to buy a two-bedroom apartment. But when … END_OF_DOCUMENT_TOKEN_TO_BE_REPLACED

In a coup for the venerable Paris Opera, founded in 1669 by Louis XIV, the company announced on Friday that the superstar conductor Gustavo Dudamel … END_OF_DOCUMENT_TOKEN_TO_BE_REPLACED

HONG KONG — Jimmy Lai, a pro-democracy media figure, and several of Hong Kong’s most prominent opposition campaigners were sentenced on Friday to … END_OF_DOCUMENT_TOKEN_TO_BE_REPLACED