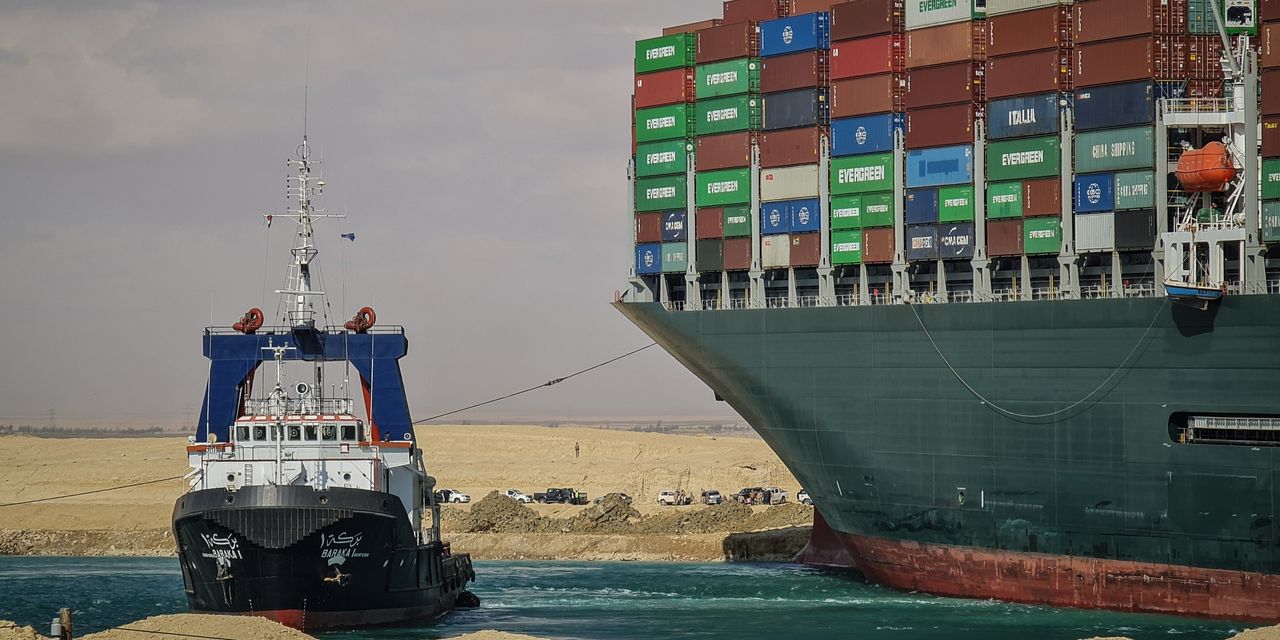 SUEZ, Egypt—Egyptian authorities will attempt to refloat a wedged ship in the Suez Canal later Saturday, people familiar with the operation said, in what could be the final push to free up the vital trade route and end days of global supply disruptions.

The 1,300-foot Ever Given, operated by Taiwan-based Evergreen Group, will likely then be towed to a port for inspection, allowing the roughly 270 ships waiting to traverse the canal to begin doing so, these people said. The effort could still fail, requiring further dredging and a lightening of the ship’s load.

The Suez Canal Authority, the body that manages the 120-mile waterway, said a news conference was planned for 2 p.m. local time to provide an update.

Unblocking the waterway would relieve some of the strain on the global shipping industry and transit of oil, gas and consumer goods between Asia and Europe. Some 13% of global maritime trade and 10% of seaborne oil shipments transit the canal. It will also ease pressure on Egyptian President Abdel Fattah Al Sisi, who in 2015 inaugurated an expanded canal that was meant to earn more government revenue and help turn the page on the upheavals of the Arab Spring and the army takeover that brought him to power. A boom in revenues hasn’t materialized.

Those involved in the rescue effort had thought that the process could take two to three more days as dredgers worked to remove hundreds of thousands of cubic feet of sand around the ship’s bow. But the operation made significant progress late Friday after the salvagers floated the ship’s bow and turned on its engines, people familiar with the operation said.

Phil Shell loves the Bay Area and its real estate market. He’s been building his career here as an agent over the past eight years, but even he hasn’t … END_OF_DOCUMENT_TOKEN_TO_BE_REPLACED

DS4 Cross DS The Plug-in hybrid seems the perfect answer to the electric car dilemma; battery power for all your local needs and a traditional motor … END_OF_DOCUMENT_TOKEN_TO_BE_REPLACED