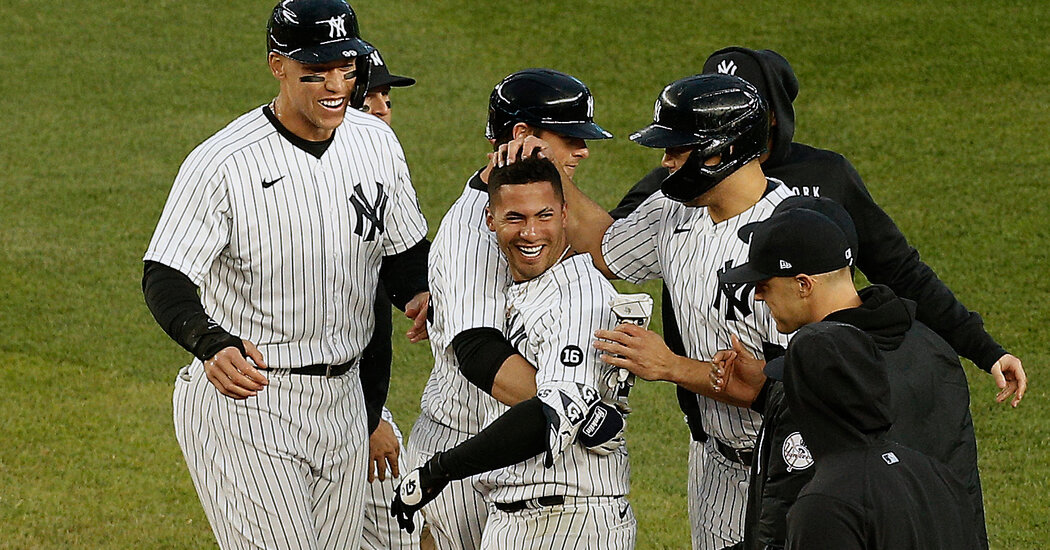 Gleyber Torres, the Yankees’ two-time All-Star shortstop, became the eighth person involved with the Yankees organization to test positive for the coronavirus this week, the team announced on Thursday. But what has caught the attention of many outside of the baseball world is that Torres, three coaches and four support staff members had all been fully vaccinated.

The Yankees have called all eight instances “breakthrough positives.” According to the Centers for Disease Control and Prevention, a breakthrough case occurs when a fully vaccinated person contracts the virus. It said a small number of such cases would be expected despite the effectiveness of vaccines, because none of the vaccines are capable of preventing illness in 100 percent of cases.

It’s not immediately clear how this happened.

The Yankees had been enjoying relaxed health and safety protocols under rules negotiated by M.L.B. and the players’ union for reaching a threshold at which 85 percent of the team’s players and key personnel were fully vaccinated.

When asked about a possible common thread among the positive cases, Cashman pointed to a long rain delay before a game at Yankee Stadium on Saturday and said that players had a much larger clubhouse space indoors to spread out in compared to what the coaches and the support staff had. A day later, the team flew to Tampa.

Dr. Rochelle P. Walensky, the C.D.C.’s director, said on Thursday that the agency wanted to learn more about the Yankees’ outbreak. She pointed to the fact that six of the Yankees’ seven cases as of Wednesday were asymptomatic, suggesting that proved that the vaccine was indeed effective.

AUSTIN, Texas--(BUSINESS WIRE)--As the first multifamily management company to be recognized in the Public Relations and Marketing Excellence Awards, … END_OF_DOCUMENT_TOKEN_TO_BE_REPLACED

There have been whispers of cooling housing and rental prices in the San Francisco Bay Area, but that hasn't yet translated into practical, noticeable … END_OF_DOCUMENT_TOKEN_TO_BE_REPLACED

Cars pass in Independence Square at twilight in Kyiv, Ukraine, Monday, Oct. 31, 2022. Rolling ... [+] blackouts are increasing across Ukraine as the … END_OF_DOCUMENT_TOKEN_TO_BE_REPLACED