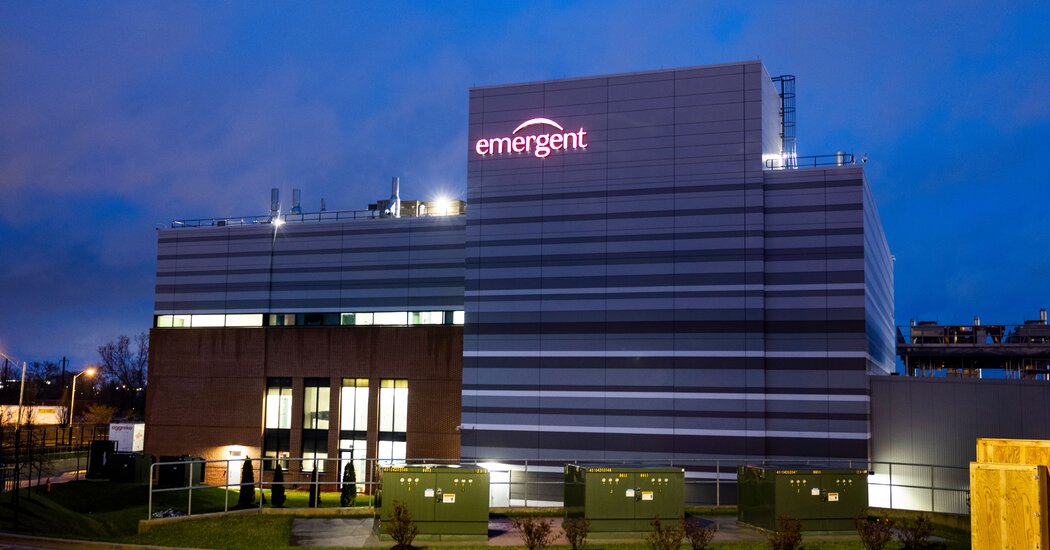 Emergent BioSolutions, the company whose Baltimore manufacturing facility ruined up to 15 million doses of the Johnson & Johnson coronavirus vaccine, said Monday that it has temporarily shut down operations at the plant at the request of the Food and Drug Administration and acknowledged that the company must make improvements to “restore confidence” in its work.

The unusual acknowledgment came as regulators continue to inspect Emergent’s Bayview facility, as the Baltimore plant is known. The New York Times reported earlier this month that the F.D.A. was initiating a “for cause” audit of the Baltimore facility and that production of new batches of the Johnson & Johnson vaccine would be put on hold while the review was underway.

In Monday’s announcement, the company said that the F.D.A. inspection began a week ago and production stopped on Friday; the company also notified the Securities and Exchange Commission on Monday of the changes.

In a brief statement to reporters, Emergent also said it was quarantining existing vaccine substance produced at Bayview until after the inspection is over and it has had a chance to fix any problems that turn up in the review. The company’s stock has tumbled in recent weeks; it closed at $69.37 on Friday, down from $90.98 a month earlier.

It is unclear whether the vaccine was responsible for the clots.

Johnson & Johnson said in a statement on Monday that it is working with the F.D.A. and Emergent to address the findings of the inspection, and that it was “premature to speculate on any potential impact this could have on the timing of our vaccine deliveries.”

Emergent is a longtime government contractor that has spent much of the last two decades cornering a lucrative market in federal spending on biodefense. The Times reported last month that sales of its anthrax vaccines to the Strategic National Stockpile accounted for nearly half of the stockpile’s half-billion-dollar annual budget throughout most of the last decade, leaving the federal government with less money to buy supplies needed in a pandemic.

The company’s Bayview plant is one of two federally designated “Centers for Innovation in Advanced Development and Manufacturing” that were supposed to be at the ready in the event of a pandemic. The Times reported earlier this month that the Trump administration awarded a $628 million contract to the company, mostly to reserve space in the Baltimore facility, despite a history of problems.

accidentally mixed the ingredients of the two vaccines, ruining the doses and prompting the F.D.A. audit.

The Biden administration then stepped in and ordered Johnson & Johnson to take charge of manufacturing at the facility, and told Emergent to stop manufacturing the AstraZeneca vaccine to avoid future mix-ups.

“This inspection is ongoing,” the company said Monday. “While we await the F.D.A.’s full feedback, we are working with J.&J. and the F.D.A. on strengthening the supply chain for this vitally important vaccine.”

There were no arrests in three quarters of last year’s fatal shootings, according to statistics provided by Mr. Krasner’s office, even as arrests for … END_OF_DOCUMENT_TOKEN_TO_BE_REPLACED